Booksellers to the ladies of the empire, the story of this little Chennai book store, now owned by an engineering firm, is also a history that traces the origins of Indian publishing

Stepping into Higginbotham’s, the country’s oldest surviving bookshop, past two sets of sealed glass doors is a Dr Who moment. It’s a time traveller’s destination.

In one instant you are standing outside in the dust and heat of Chennai’s busiest artery, Anna Salai, as the 21st century smashes its teeth down the centre of the road with the up-and-coming Metro Rail; in the other you are in Victorian England. 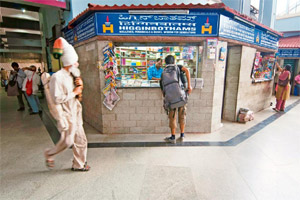 There is silence. Even the air seems still. You could be in a church, the sloping sides of the pitched roof, with wooden sides, envelop a large hall under which the books have been arranged in serried ranks and titles such as “Religion", “Philosophy", “Travel", “Cookery", “Embroidery" and of late, with racks of CDs and DVDs that tempt you with the images of dancers who ask: “Do you want to learn Kuchipudi?" Or labelled, “Kathak for beginners".

The light filters through the stained-glass windows that pierce the front wall, painting pencils of colour. The opposite wall has garlanded memorials to the various owners. The uncompromising stare of the original owner, Abel Joshua Higginbotham, librarian to the Wesleyan Book Depository, fixes you with a stern command. “Silence," he seems to say, “I command you, hold your tongue and open your mind to the treasures that I lay before you." He sports mutton-chop whiskers and a full head of hair. As the story goes, when the Wesleyan Book Depository found that there were no takers for their books, they sold the remaining stock to Higginbotham’s.

Higginbotham set up a small shop in 1844. His success lay in that he had an encyclopedic memory. He could remember the name of every book that was available and not only procure it for his customers but also suggest books that he felt they might want to acquire. 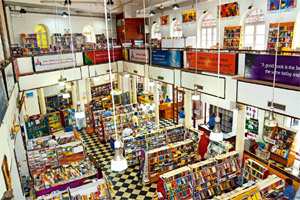 By 1859, he had made such a name for himself that we find the governor of the time, Lord Trevelyan, writing to Lord Macaulay in these flattering terms:

“Among the many elusive and indescribable charms of life in Madras City," writes the governor, “is the existence of my favorite bookshop, Higginbotham’s on Mount Road. In this bookshop, I can see beautiful editions of the works of Socrates, Plato, Euripides, Aristophanes, Pindar, Horace…" He enumerates all his favourite Greeks and Romans and then goes on to list the French and the Germans, ending with the recommendation, “Altogether a delightful place for the casual browser and a serious book lover."

It’s hardly a wonder then that when the Prince of Wales visited in 1875, he should have given his royal seal of approval to Higginbotham’s. The framed proclamation is something that they still flourish with pride before the interested visitor.

They had already expanded into selling stationery and a printing workshop for their own imprint. One of their first books was the somewhat less than serious sounding volume titled Sweet Dishes: A Little Treatise on Confectionery by Wyvern that came out in 1884. Though the official booksellers and suppliers to many of the government-owned or -managed institutions—as for instance the equally well-stocked Connemara Public Library that has its own fabulously wood-panelled and stained-glass interiors—not far from Connemara, Higginbotham’s always kept the lay readers, particular the ladies of the empire, in mind. 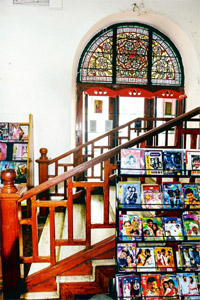 The 1869 opening of the Suez Canal, popularly known as “The Highway to India", made it possible for Higginbotham’s to get the latest publications for a more broad-based readership. There were Higginbotham’s branches in Bangalore and Ootacamund and the even more popular Higginbotham’s newspaper and magazine kiosks at all major railway stations in the south.

They may have been high-minded but snobs they were not.

This is where the early 20th century memsahibs with their love for romance and mystery came hunting for periodicals such as Women’s Weekly and Woman And Home, which had the latest fashions in Europe for their tailors to copy, recipes for jam-roly-poly for their khansamahs to reproduce in their tea and coffee estates as well as the latest Agatha Christies, Daphne du Mauriers and Marie Corellis to cherish. With the establishment of the famous boarding schools and educational institutions in all the major towns of what was known as the Madras Presidency, the firm expanded its reach to cater to their needs. As we shall see this forms the core of their business interests today.

To return briefly to the chronological history, next to Higginbotham’s is a similar framed portrait of his son C.H. Higginbotham. He took over from his father in 1891. It’s to him that the credit must go for expanding the business in many directions. The new building with its distinctive façade, tall arched windows and spacious back areas for storage and printing was completed in 1904. It instantly became a distinctive landmark on what was then Mount Road (now Anna Salai).

In 1925, John Oakshott Robinson, of the equally old and famous company Spencer’s, took over The Madras Mail, an eveninger and strong establishment paper that was famous for printing an illustrated cartoon strip, “Curly Wee" and Higginbotham’s, and merged them with his printing company Associated Printers and Spencer’s to form Associated Publishers.

In 1945, S. Ananthara- makrishnan, a pioneering industrialist of the south and founder of the Amalgamations Group, bought Associated Publishers. He already had a printing firm, Addison & Co., in his portfolio. Addison, it may be added, was named in honour of Joseph Addison, the famous essayist and coffee house habitué in London. Despite its core interests being in engineering and manufacturing in the automotive sector, with 50 plants across the country, Amalgamations Group describes itself as a banyan tree with branches in the agro and service sectors.

Though S. Muthiah in his book Getting India on the Move: The 150 Year Saga of Simpsons of Madras, in his chapter on Higginbotham’s, remarks on what strange bedfellows the Higginbotham’s ancestry must have made to those of the Anantharamakrishnan family, saying there is a strange symbiosis at work. For the Amalgamations Group has managed to retain an outlook that is both traditional and innovative. They would probably agree with what Addison has to say about books in general: “Books are legacies that a great genius leaves for mankind, which are delivered from generation to generation as presents to the posterity of those who are as yet unborn."

As I wait for S. Chandrasekhar, the director of Higginbotham’s, to walk down the curving wooden staircase from the mezzanine floor, I imagine that it could be Addison himself. He gravely hands me a copy of the collected speeches and writings of Winston Churchill. Then he also points me in the direction of their fastest-selling book of the day, A.P.J. Abdul Kalam’s India 2020: A Vision for the New Millennium. His response to why the group owns an old-fashioned brand like Higginbotham’s is feisty. 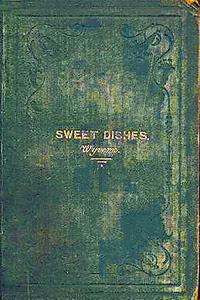 “The question is rather shocking!" says Chandrasekhar. “How can you presume that retaining a brand such as Higginbotham’s is old-fashioned? Higginbotham’s is the name of an individual, the founder of the book store. There are many such examples of the names of founders such as Tata, Bata and others. This does not imply that they are also old-fashioned and conservative.

“It’s the brand that is valuable. Generations of people have known that this is an exclusive book store; we have had famous minds like C. Rajagopalachari, Sarvepalli Radhakrishnan, to name just two of them, as our valued customers. Equally we have identified core sectors in the fast-expanding educational field. And plan to open what we call Campus Book stores. We are already dealing with e-books and electronic data, particularly journals. The 20% growth we have registered during the last year is not accidental and I can assure you it is going to continue in the years to come.

“More than anything else," Chandrasekhar says, “we have identified our role as a media to promote knowledge."

Higginbotham’s is not just another bookshop with a fancy ceiling or a brand with a snappy slogan, but a way of life that carries with it a memory of the south.

Geeta Doctor is a Chennai-based writer and critic.