Home >Mint-lounge >Excerpt | To die for

Excerpt | To die for

Excerpt | To die for He is of medium height and build. He has mannerisms of his own which show through whatever character he plays—or perhaps that is unfair to him. His producers and directors want him to play no other character but his own unique self. He has a rare plasticity: that which makes a natural actor, something which James Dean had impressed upon movie-addicts during his meteoric Hollywood career. For he gives the sense that he lives his assumed role, however crudely it is scripted and directed. Yet he will not get an Elia Kazan or a George Stevens to direct him. And his hurt-youth image, which is a factor in his success, will gradually age. 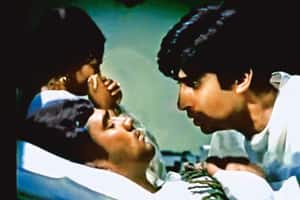 Star power: Rajesh Khanna (left) and Amitabh Bachchan in Anand. Chitre wrote in Quest that Khanna found his best script and director in this film.

Curiously, Rajesh Khanna is considered a hero worth killing—which is amazing since in Hindi films it is a taboo to kill the hero. Curiously too, he has to die of cancer. He died of cancer in Safar and again in Anand. In Safar he is the leukaemic lover of a would-be doctor. In Anand, he is a cancer patient who spends his limited spell of life to make people around him happy. In Andaz he dies in a motor-bike accident for a change. Is it, one wonders, the expression of a mass death-wish? Some fifteen years ago, Dilip Kumar, the matinee idol then, specialized in dying as a hero. However, Dilip Kumar’s screen deaths brought no shock to the audience since he moved and spoke, from the start, as if he were his own pall-bearer. Rajesh’s screen deaths have some novelty: he is a warm, ebullient, vivacious, blithe young man. Even if he is destined to die, it seems unfair and too early. One has seen teenage girls sob witnessing him die. Or heaving unmistakably erotic sighs when he sings a love song (with the inimitable Kishore Kumar play-back singing for him). For the first time in the history of commercial Hindi cinema a single person has acquired such a following. 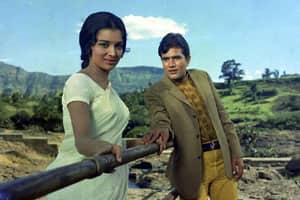 Excerpted from The Best of Quest, edited by Laeeq Futehally, Achal Prabhala and Arshia Sattar, published by Tranquebar Press, 2011, ₹ 695.

In the book’s last piece, ‘D.’ reveals his identity for the first time ever—he is the late poet and essayist Dilip Chitre.