For this British author of semi-biographies set in the Victorian age, crafting a book is like solving an intricate mystery

In two of her most successful books, the British writer Kate Summerscale has time-travelled to Victorian England. The Suspicions Of Mr Whicher Or The Murder At Road Hill House is a whodunnit of sorts that follows the life and career of one of the first Scotland Yard detectives, Jack Whicher, as he attempts to solve the murder of a small boy that shocked British society to its core. The second book, Mrs Robinson’s Disgrace: The Private Diary Of A Victorian Lady, is about one of the first women in the UK to be divorced on charges of adultery following a change in matrimonial law that made divorce easier and more affordable for the middle class.

In both, the lives of her primary characters allow Summerscale the impetus to explore the changing landscape of British society in the mid-1800s. So rich in detail are her books that one would be forgiven for believing them to be a figment of her imagination. But Summerscale assures us that not a single dialogue, not even a bird that makes an entry into her pages, has been made up.

Summerscale says she continues to live in the 19th century for her third book, which is likely be published next year. Edited excerpts from an interview:

Why this fixation with the Victorian period? 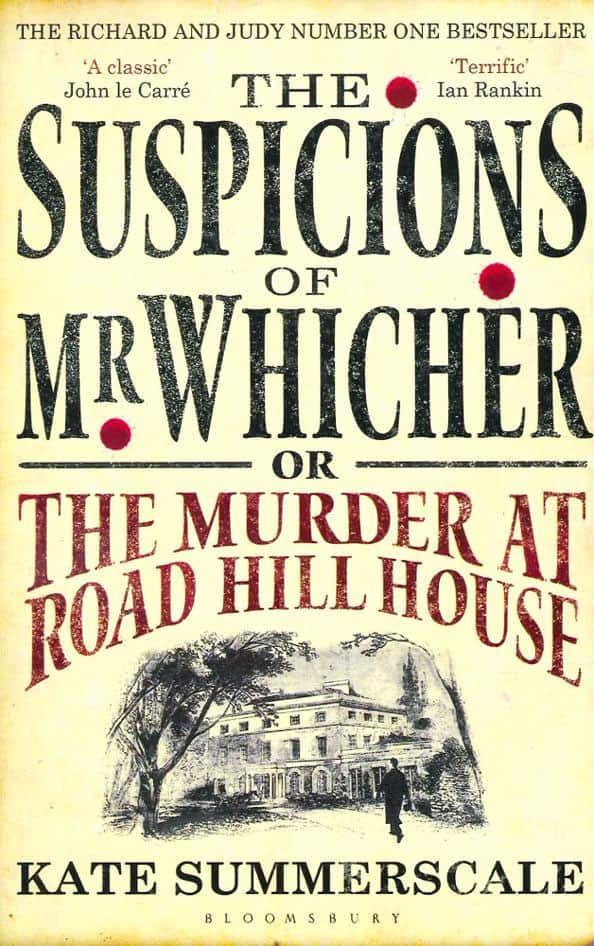 Afterwards, I really felt very comfortable and curious about that era. It’s got the right kind of distance. It’s close enough, too, because I feel we’re still living in a recognizably Victorian world. The house I live in, the city, is very Victorian, a lot of our institutions and habits too. It feels like the right distance, but it is at the same time familiar. I sort of get it.

It is also far enough away, and strange and mysterious, and I always like a sense of mystery in any book I write. I also want there to be a sense of discovery, like going to a different place and time—you have to learn so much, everything makes you curious.

Obviously, there is an extraordinary amount of research that goes into your books. How do you go about it?

There is a surprising amount that can be discovered by looking at old books and archives and newspapers. There were several local newspapers published in 1860 and I just read the whole of the local newspapers for the day I was researching and you end up feeling you almost know the people, you’re almost there. In Victorian England, there was a phenomenal amount of publication, the press was massive. As was note-taking and recording; the census was big. Many of the archives, like the police archives, were preserved.

That murder story was a huge national story. And dozens of people wrote to the Scotland Yard with their theories of the case, and some of the letters were published in the newspapers. There’s also a great big file of letters in the archives sent to the home secretary with solutions and questions, so it seems as if everyone was writing.

There’s a lot of material, if you look hard enough. There’s some reading I need to do to understand the bigger picture, like how the police force was formed, why and what was the politics of the day. But most of the research I do is targeted towards the individual sort of moments, the day to day, what were people wearing, what would it have smelt like. Those are the questions I ask myself and set out to answer.

Does the surplus information, which you don’t include in your book, prove useful?

There’s one particular way in which it has. In The Suspicions..., I managed to work in most of the things that I found interesting, whether in the body of the text or in the end notes. But there was one thing I couldn’t fit in and that became my next book.

It was a story that stuck in my mind and intrigued me, about sexual misconduct and adultery and secrets. It was a similar story to Mr Whicher really, so far as it touched on privacy, secrecy, middle-class propriety. But it was enough of a different sphere for me not to be able to include it in that book. And it was so mysterious, so ambiguous and strange a story that I found I really wanted to find out if I could solve it.

Isabella, the protagonist of this last book (‘Mrs Robinson’s Disgrace’), was not really a “likeable" character. What was your opinion of her? In the end, personally, I did like her. I thought she was interesting and courageous in many ways, in the way she didn’t settle for what was expected and normal. She started out as self-indulgent, but she really was in a situation intolerable to her, and in the end I think she did a noble thing. She matured in the course of the case because she sacrificed herself for the man whom she had loved and his family, who had been kind to her. In the end, she did something that was self-denying and she told a lie that didn’t really help her but helped someone else who had been good to her. So I thought it was morally very complex and fascinating.

For a long time I just couldn’t work out why she denied the diary since she clearly wanted a divorce, she didn’t want to be with her husband. Then I found these letters in The National Archives in Scotland and they helped me to piece together an explanation of why she did it, and I thought she redeemed herself.

The books are, in a way, biographies. You like this form?

I suppose the way I write the books is informed by the tradition of biography and history writing, and also by the novels I have read. And I suppose if you have a dominant central character, then in non-fiction terms you’re halfway to writing a biography. You need to know everything about their lives, their childhood, how they ended up. But it’s quite often a particular episode (that is of most interest). Certainly, in my last two books, it is not the full life but a particular moment, (to understand which) you need to know the whole life.

What’s the subject of your next book?

It’s the story of a murder at the end of the 19th century. It’s not really a whodunnit, but a very intense and dramatic story about a child, a 13-year-old, who killed his mother. It is kind of different from the last books in its milieu. It is about a working-class family in the East End of London. I hope I’ve nearly finished, but it always takes time before it comes out. It should be out next year.

A conversation on the craft of writing