Home / Mint-lounge / Mopping up the mess
Back
Share Via

Mopping up the mess

Mopping up the mess

It was a monthly catch-up lunch at the light and airy Café Zoe tucked away in a refurbished mill in the heart of Mumbai, with a friend who is the business head of a professional services firm. He stomped in late, obviously irritated and more than a little angry. Over a melon mule (honeydew melon, lime, ginger ale, mint and lots of ice), he cooled down enough to tell me what had happened. A client had rung him in the morning, out of the blue, and subjected him to a thorough (and completely unexpected) dressing down, over a goof-up by the account manager, a direct reportee of my frazzled friend.

After the tongue-lashing, he managed to get hold of his colleague, who reluctantly admitted that there was indeed a screw-up. Without going into the details, it was not intentional; it was an avoidable oversight that caused the client significant inconvenience, embarrassment and a rap on the knuckles from a regulator. Everybody goofs up once in a way, I said. But what irked my friend was the complete lack of ownership that the young manager displayed. He avoided the client’s calls, he blamed his colleagues, berated the client and was generally aggressive. Even worse, he had not informed his boss in time, even when he saw trouble looming. Uh-uh. 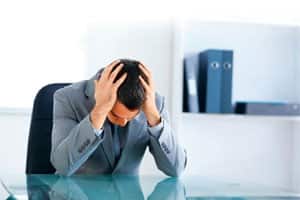 In a soup: Shoulder the blame for your mistake. The way you react and fix it will define the person you are

So, what should the young man in question have done? Well, not that hard (in theory)—admit, apologize and amend.

• Take immediate action. To start with, when you know you have messed up, stand back, take a deep breath and assess the damage, the implications for all the parties affected, and work through the worst-case scenarios. Tempting though it is to sweep it under the carpet, it’s unlikely the problem will disappear, and it usually gets worse. If you want to have a shot at keeping your job —or your client—the last thing you need is your boss getting the news second-hand. Take that deep breath, rehearse the conversation and let your boss know as soon as possible.

• Take responsibility, shoulder the blame and accept the consequences. Yes, you goofed, but your subsequent behaviour can demonstrate how you can deal with a crisis (even of your own making). Explain how it happened (if the mistake was unavoidable, or truly out of your control), but don’t come up with excuses. Do not blame someone else. Jointly decide, possibly after looking at legal ramifications, on what and how to tell the client. Preferably in person.

• Next, be a part of the solution. Ask for advice; come up with different options on how to resolve the problem. Think through the solutions, estimate associated timelines, actions, people who need to be involved, pros and cons, and the costs of various actions. Go beyond the call of duty, work overtime, use those favours. Use this as an opportunity to redeem yourself, and to present your firm in a better light.

• Apologize personally to everyone affected by the mistake. It may not fix things, but it demonstrates your ability to shoulder blame. Realize that even if the problem gets fixed, people may still carry angst for what they went through as a result of your mistake. A graceful, from-the-heart, no-excuses apology will defuse the situation and give them the opportunity to actually achieve closure and move on.

• If you do get a second chance— and even if you don’t—assess what you and the firm have learnt from the situation and how similar mistakes can be avoided in future. Could this happen again? Maybe it involves (in this case) setting up a more robust deal checklist or a new warning system.

• And if you do get to keep your job, realize that you are probably still operating under a cloud. You may need to publicly own up, show remorse, make a gesture to demonstrate that you get it—and that it won’t happen again. Understand that you have let down your well-wishers, particularly your boss and immediate colleagues. Rebuilding trust takes time and effort—invest in rekindling the relationships. Colleagues are probably talking about it, your strategy may just be to address it upfront and publicly, without blame-mongering. You will be creating space for people to talk to you about it, rather than behind your back.

• Once you have done what you can to fix things, take a deep breath, keep calm and carry on. You have a successful career; you have skills and expertise and have added value in the past. This one blip does not define you, but how you react to it and fix it, does. As the cliché goes, what doesn’t kill you makes you stronger, and this will soon fade in the light of your other good work.

And what of this particular young man who messed up? He was hired for what he knew. He got fired for who he turned out to be, when the going got tough.

Write to Sonal at careercoach@livemint.com