The man with the red soles

The man with the red soles

In one of the most-awaited sessions on the second day of Mint Luxury Conference (23-24 March), celebrated shoe designer Christian Louboutin spoke about his early beginnings (he made his first shoe sketches at 14!), his inspirations and the ongoing legal battle with YSL about his trademarked red soles. 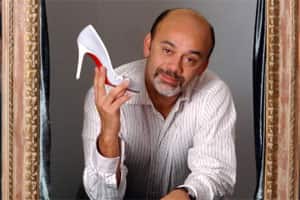 Responding to criticism about subjecting women to excruciating heels, Louboutin said sometimes there can be a little bit of pain in a lot of pleasure. “And women today are free to do as they please. Free to wear heels, not wear heels…nobody is forcing a stiletto on someone."

Today Louboutin has stores in 51 countries, in cities as far and wide as New York and Sao Paolo. He is set to open his first flagship store in India later this year. Known for his five-inch heels and trademark red shoes, Louboutin is presently fighting a legal battle with YSL over their new line of shoes which also have red soles.

The son of a cabinet maker, at the session Louboutin recounted as early lesson from his father: don’t go against the grain. “He told me if you polish wood against the grain, the result is ugly. I’ve always worked with the grain, with the people," says Louboutin, adding that when he started his brand 20 years ago he didn’t start with very specific goals, which developed along the way instead.

Louboutin lists travel as an important source of inspiration. He first came to India in 1978 as a teenager. “You can find a lot of things even travelling around your bedroom…so imagine what the world would throw up. I like archaeology, architecture, fine arts as well but none of these influences are literal. I love India but I might not do a Kathakali line, for instance."

The decision to open his first store in India was born out of repeated requests from clients. “From a business point of view it makes sense to open a store in a country where you have lots of customers," says Louboutin. “You can ignore one or two requests but it came to a point that I couldn’t ignore requests from Indian clients (at my London store) anymore."

The iconic red soles, Louboutin shared, became part of his signature close to two decades ago. “I was comparing a sketch with the actual shoe and wondering what was not right — I soon realized that the black soles of the real shoe didn’t exist in my colourful sketches." What Louboutin did next has gone down in the annals of fashion history like Newton’s apple: he snatched the red nailpolish from a model who was painting her toe nails beside him and proceeded to paint the soles of the shoe.

And the Christian Louboutin, the way we know them today, was born.