He should go back to the beginning when he created magic: intelligence in restraint

Okay we get it. Sabyasachi Mukherjee has risen from being a BFD to a RBFD. You can urban dictionary that—the addition of the ‘r’ is for ‘really’. If the chaos outside—reminiscent of an Eid-released first day first show of a Salman Khan film—his Amazon India Couture Week 2015 show wasn’t enough, then it was the sound of the crowd cheering to every garment no matter how outlandish, which entered through the smoke-ridden gothic lair he had constructed. It was the thing to do at this show last night—to mark and register everything, keep clapping and gushing over garments that didn’t quite deserve so much appreciation.

The bridal couture collection, titled Bater, was showcased against an elaborately designed backdrop of a haunted old crumbling mansion where both Miss Havisham and Morticia Adams would be totally at home throwing back some G&Ts. As the beautiful strains of booming predatory music played on, the models sashayed out with kohl-rimmed eyes, feathered eyelashes, Bordeaux stained lips and centre-parted hair. Severe and sexy. The clothes, not so much. 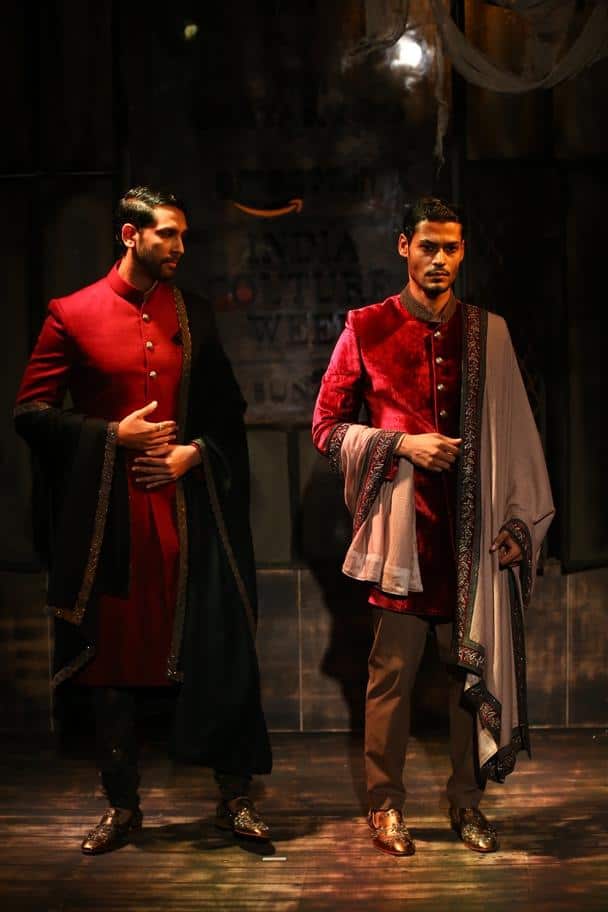 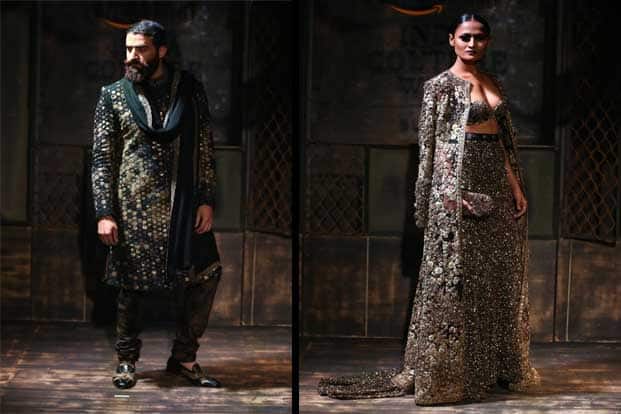