There is nothing more exciting to an arts enthusiast than to unearth the magnificent layered character of a city steeped in an ancient culture. Cairo, which thrives on its historical legacy, is one such city. Its minaret filled views of architectural grandeur found a mention in the medieval folk tales compilation, The Arabian Nights. Arts manager, Gayatri Uppal, 37, believes that she managed to only scratch the surface of its extraordinary history and rich heritage over a five-day trip. Many, unlike her, don’t have the luxury to take out even five days, and often use the city as a layover when travelling to other countries in Africa. If they can cover even a slice of what Uppal saw, their short layover would be worth it.

“It has to be one of the most alluring destinations that I have ever visited. Famously known as Umm-ad-Dunya or Mother of the World, Cairo has an astounding number of monuments and antiquities from the Pharaonic, Coptic and Islamic civilizations," says Uppal. Determined to explore beyond the more popular Giza and Nile tours, Uppal took her time to discover local cafes and shopping hubs and went monument hopping.

It took Uppal a whole day to journey through the 4,000 years old Egyptian civilization via the necropolis and pyramid complex at Giza and Saqqara. “It’s pretty much a rite of passage to say that you’ve visited Cairo. Giza has the Great Pyramid or tomb of Khufu, Pyramid of Khafre, the Khafre Valley Temple (The Sphinx), and the Queen’s Pyramids among other pyramids, temples and funerary complexes, “ she says. “In continuation with the trajectory of the Pharaohs, a visit to the Egyptian Museum located off Tahrir Square (famous in the recent past for being the site of protests during the Arab Spring) is essential," she suggests. The museum houses the largest collection of antiquities from Egyptian history including two fascinating climate-controlled galleries dedicated to mummies of Pharaos, gold mask of Tutankhamun from his tomb in the Valley of the Kings in Luxor, and the Fayum mummy portraits.

“Those who have a deep interest in history, can tick off more than just the pyramids. There is so much in Cairo that it can take days of wide-eyed strolling through museums and monuments. Islamic Cairo is also referred to as a Fatimid-era city with numerous mosques, tombs and the old-souq. Al Azhar Park, a beautiful park built on a landfill by the Aga Khan Foundation gives a fantastic view of the old city topped with its many domes and sound of prayers. The Citadel, Mosque of Ibn Tulun, Muhammed Ali Mosque, Al-Hussein Mosque, Al-Azhar Mosque, Bein-al Qasreen and others are monuments to visit," Uppal lists. 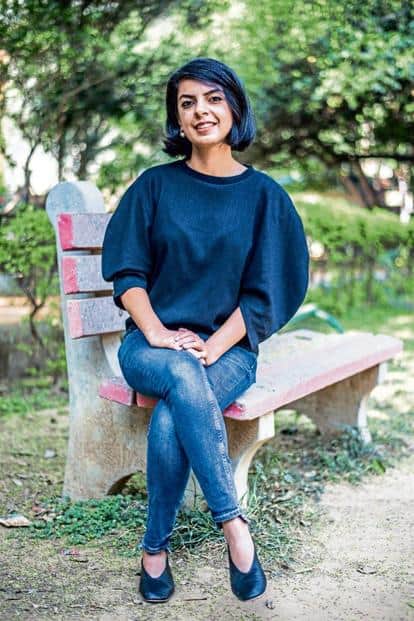 It was the Gayer Anderson Museum, named after a British army doctor, and Coptic Cairo interwoven with ancient monasteries, churches and synagogues through its narrow, meandering cobbled alleyways, that kept Uppal on the monument trail for longer. “Coptic Cairo is the address to the Hanging Church, the Greek Orthodox Monastery, Ben Ezra Synagogue and Roman Towers. The Coptic Museum is worth visiting for relics - both Egyptian and Christian antiquities and manuscripts," she recommends.

Khan-el-Khalili is the place to head to, if one is looking to see a typical old-souq area with mosques, monasteries and hamams. Sharia al-Muizz is an interesting street with coppersmiths with the mosque of Al-Aqmar and mausoleum of A Ghouri. “The souq visit was more out of travel interest. My souvenir hunting was done mostly at Khan-el Khalili where inlay-work backgammon boards, jewellery, lamps, beautiful canvas material, egyptian cotton, applique-work wall-hangings from the tent-maker’s market, muski glass and stall with mounds of spices line the streets,"recalls Uppal.

The cosmopolitan vibe hangs heavy in Zamalek with modern restaurants, bars, offices, galleries, hotels, shops and apartments. “Zooba was one of my favourite haunts for local Egyptian food done in a trendy manner including koshary, ful-medames, hawawshi, fetir, ta’amey and shawarma,"she says."But for something more adventurous – like stuffed pigeons – it was off to Kababgy El Azhar Farahat," remembers Uppal.

While Uppal managed to slip in a whole lot, including a two-hour trip to Alexandria in her short stay, she wishes she had been more ambitious and packed more. Perhaps, the next time she’s travelling that part of the world, even a short layover will offer a refresher to this trip.

Stopover Sojourns is a series that looks at how to make the most of your time at lesser-known layover cities through the experiences of business travellers.