Seattle through coffee, chowder and airplanes

Even though the summers are better to travel, Seattle is famous for its Christmas- themed festivals

If you’ve ever had a love affair with coffee, and are partial to the bean instead of tea leaves, a trip to Seattle can never be lukewarm. One might now look at large coffee shop chains with slight disdain, but to stand at the original door of one of the biggest coffee chains in the world is truly humbling. That’s what Shashaank Bawari felt standing outside the 1971 established Starbucks at Pike Place market in Seattle. A deployment manager at British-owned publishing service, Pearson Education, Bawari, 35, was visiting the city for a work trip. Seattle is known to be the thriving home to some of the largest conglomerates of US. The trip naturally morphed around some of these stalwarts. He sampled coffee at the original Starbucks, visited the headquarters of Microsoft for the first time, and took a trip to see the Boeing Everett Factory, an airplane assembly building owned by the plane company.

Seattle is also known for it’s eclectic vibe. Sports, food, music, nature and grand buildings jostle to stay on top of a traveller’s mind. Over his seven days in Seattle, Bawari managed to keep aside a day and more to explore the city. “Even if I was just taking a layover, I would have done the same things. In fact, one should think of this as a great city to hop further west to coastal cities of America or Canada," he says.

One would think that only coffee runs in the veins of Seattle locals. Bawari was delighted to have another warm dish to beat breezy Seattle. “You can’t visit the city and miss the signature clam chowder. Duke’s Chowder House came specifically recommended by friends," he says. Everything that you take a bite or sip of here, is locally sourced. As a first-timer to the city, Bawari had reams of essential restaurants to visit and a list of dishes to try. He managed to taste a few like the delicious cream cheese hot dog (Seattle Dog) and Fran’s Chocolates, mostly on the map for being Obama’s favourite dessert. A longer food trail would have covered Hom Bow (pork or beef wrapped in a pastry) and Dick’ Drive In restaurant, a home-grown favourite since the 1950s. 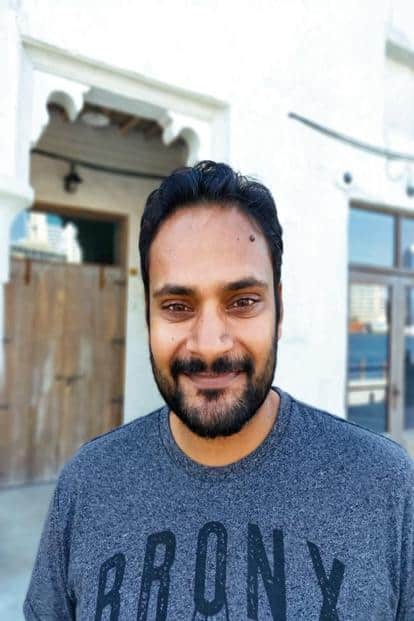 “Though Pike Place is featured on all blogs and brochures, the novelty of the market hasn’t faded," says Bawari. He wandered through the food stalls, flower market, handicrafts’ street and the fish market, where a flying fish almost knocked him on the head. “I can’t complain. I was warned about the odd fish throwing between stalls." The narrow alley that houses the infamous Gum Wall was next. “I was one of the many tourists, chomping away to leave an insignia. Thankfully my trip was before the wall was scraped clean. So I got the opportunity to see it in its full glory. It was literally a canvas of colours, notes and coins and memorabilia stuck all over the dingy walls, like a public art space," he says.

Avoiding places like the Space Needle Tower, the Seattle Great Wheel and the Aquarium, where he would have had to queue up for long, Bawari chose to visit the Boeing Everett Factory, about 40km north of Seattle. “It’s only a 90 minutes tour so I could fit it easily in my schedule. It was an incredible experience to see planes like the 747, 767 and 777, stacked like mammoth toys on the assembly line. I couldn’t fathom the size of the factory till I stepped in. I guess that’s why it’s one of the most popular attractions as the largest building in the world (volume wise),"says Bawari.

Planning for the next time

Having covered most of the Seattle essentials in the first trip, Bawari plans to spend a more immersive time on his next trip. “I think I’m going to focus on the music scene when I’m there next. Seattle Centre is supposed to be a thriving place for live gigs. And I certainly want to visit the Museum of Pop out of curiosity, “ he says.

Stopover Sojourns is a series that looks at how to make the most of your time at lesser-known layover cities through the experiences of business travellers.