Some apps can help you manage chronic conditions like diabetes, and even lose weight

In an era where we often blame technology for alienation and even health problems, there are smartphone apps that can help optimize healthcare, at least in urban areas. These apps can connect you with fitness experts, medical specialists and even patients who suffer the same problems as you do. We look at three app-based services that have helped people manage their chronic conditions and ensure support when needed.

Hari Krishnan, 64, a researcher and translator, currently living a retired life in Bengaluru, has battled Type 1 diabetes for 23 years. Since the age of 41, Krishnan has been on daily insulin injections. Despite leading a disciplined lifestyle, his blood sugar fluctuated wildly. “For someone without diabetes, a fasting blood sugar on awakening should be under 100 mg/dl. But for me, despite precautions, there were days when I’d wake up to a reading of 200-300 mg/dl," he says.

Krishnan has a check-up every three months, but realized in the recent years that more rigorous monitoring was imperative. Last year, he came across a Facebook group for diabetics run by a company called Diabetacare. Later, he attended an initial check-up in Koramangala, Bengaluru, where Diabetacare was demonstrating three of its new apps for diabetics management. “Healthcare apps bridge the gap between doctors and patients, by providing instant consultation, aggregation of information and round-the-clock monitoring of medication," says Sanjiv Agarwal, founder of Diabetacare in Bengaluru. 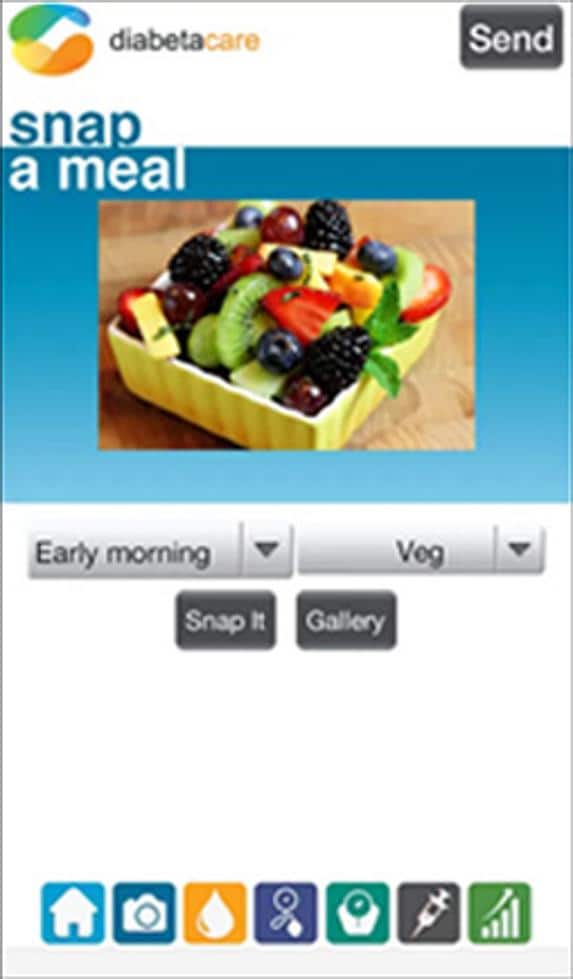 Diabetacare’s Snap A Meal app (free on Android; it works only when you hire a dietitian with their annual subscription) acts as a record of one’s calorie intake and nutritional choices. “I photograph what I have for breakfast and a dietitian will review what I’ve eaten and get back in a few hours with a record of my calorie intake," says Krishnan. “This helps me adjust my calorie intake accordingly, so if I’ve unknowingly consumed too much, I will be able to regulate it better for my next meal," he says. Diabetics experience fluctuations in blood sugar every time they eat even a morsel of food. They don’t have to consume actual sugar for their blood sugar levels to be high. “If my blood sugar shot up one day, I could go back and ask my doctor and dietitian why and reflect on whether I should avoid a particular food," he says. The only challenge while using the app initially was that it took immense discipline to use it every day. “I needed to take photos of every morsel. It can be embarrassing to do this in some situations, but I kept at it even when visiting friends or attending a wedding," Krishnan says.

The second app, Diabeta, sends reminders and alerts throughout the day, for checking blood glucose levels, blood pressure, taking medication and records exercise. It prepares reports and charts based on this information. The third app, InTouch Physician, gives him access to a doctor (working with Diabetacare) who monitors his progress around the clock. “The doctor constantly tweaks my insulin and medication based on daily readings," he says.

Availing of these services costs him Rs14,000 a year. The apps in themselves are free to install, but every additional or personalized service will cost the user.

Ajay Pathak, 54, a general manager at Eureka Forbes in Delhi, weighed 126kg in March 2016, packing an excess of 50 kilos for his 6ft frame. His asthma, a condition which he has grappled with since childhood, was growing worse. “There were days when I found it so hard to breathe that I had to carry an oxygen cylinder around with me," he says. He had been incapacitated and hospitalized several times in a year and needed steroids to control the problem. As his blood sugar started to increase, doctors advised him to opt for a bariatric surgery. Weight loss, they said, would also help make the wheezing less severe. A colleague advised him to try HealthifyMe, a fitness app.

HealthifyMe connects a person with over 150 nutritionists, trainers and yoga instructors across the country. While the app, with its calorie trackers for Indian foods and automated diet and workout plans, is free to download and install, personal consultations can cost Rs899 a month, informs Nikhil Moorjani, director, marketing and strategic alliances, HealthifyMe.

Once Pathak downloaded the app, he realized he was required to maintain a digital log of the foods he ate. “At first it was hard to record every single thing, even every glass of water I drank, but as I progressed, I realized that having a greater awareness of what you eat actually helps you make good food choices," says Pathak, who paid Rs8,000 for six months to hire the services of two personal trainers and a yoga expert. Yet, the first four months, he didn’t lose any weight. “I was ready to give up, but my coaches motivated me," he says. What followed were several rounds of pep talks with his doctors and nutritionist on the app and even more careful monitoring. “I started tracking the number of steps I took. Blood pressure, glucose, lipid profile was constantly monitored. I’d been sedentary all my life but I slowly increased activity levels and now I was walking 10km a day," says Pathak, who believes “consistent effort was the game changer. Weight loss is a slow journey and it takes time to see results". Pathak also enjoyed the energy that came from other users of the app, who were connected through the mobile interface. “I loved the sense of belonging that this community gave me. I felt I wasn’t alone on this journey," he says.

Today, 17 months later, he has lost 31kg and now weighs 95kg. “My blood sugar is normal and my asthma has eased. I’m no longer on steroids," he says. “The app taught me discipline and focus, but more importantly, it gave me hope that change was possible." 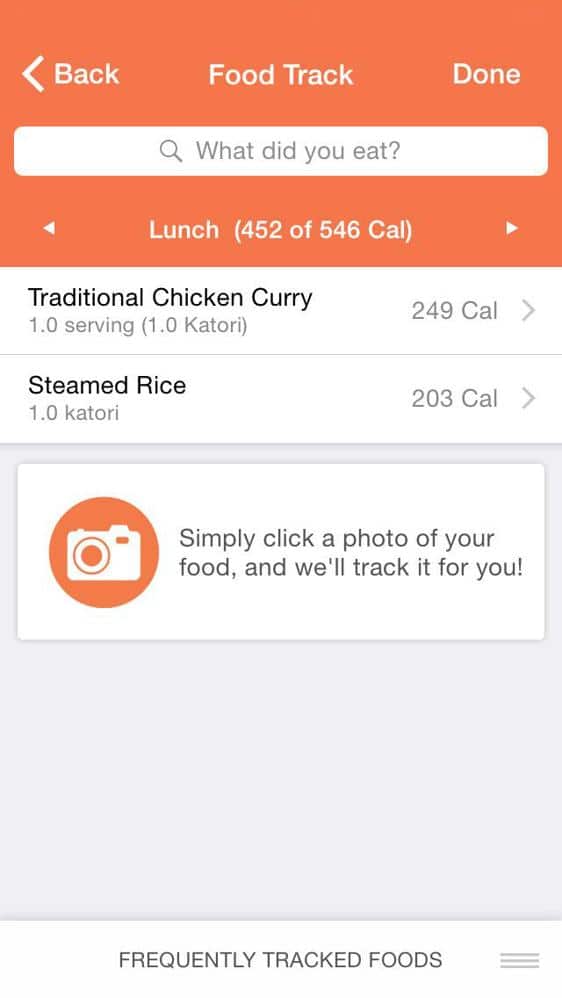 Even beyond providing health services, some apps are building communities where it is possible to make vital connections. BabyChakra is one such networking app for mothers. It connects 450,000 young parents all over India and lists services and phone numbers of the most highly recommended gynecologist or prenatal class in your area.

In November, a 31-year-old former banker from Mumbai, who did not want to be named, joined the community during her third trimester. Soon after, she developed complications and delivered early. “I had thyroid issues and was severely ill, weeks after my delivery," she says. “Since I was taking medication that could seep into the breast milk, I couldn’t feed my baby. Because the baby was premature, my doctors worried that formula feed was not a good idea for the baby." A friend who was also using BabyChakra at the time suggested she try their networking services, to see if she could connect with someone who could help. “BabyChakra has an online breast milk donor community called MomLine—a list of mothers who are willing to offer their own extra supply of breast milk to those in need. This was an entirely voluntary service. I connected with one such mother who lived close by. For three weeks, even as I pumped my own milk to keep up supply, I received the breast milk gifted by this mother. Knowing that my baby could be fed helped me regain my health until I was able to take over the nursing myself," she says.

“We ensure that anyone who joins our community is interacting with real people," says Naiyya Saggi, founder-chief executive of BabyChakra. “We authenticate profiles." MomLine, however, is still in a nascent stage. “We receive over four-five requests each month and have connected 30 people with donors so far," says Saggi.

Yes, technology can be a bane for our health, but it can also be a godsend if used correctly.