Handle a teen crush with sensitivity

Handle a teen crush with sensitivity

I am sending my 15-year-old daughter to a summer camp. I know she has a big crush on one of the camp coordinators, who is her senior in school. I understand this is quite normal, but I am worried about her unsupervised trip in this context. He is a good boy, but what if she gets carried away and throws herself at him in some way? Should I speak to the organizers? Or maybe to my daughter? 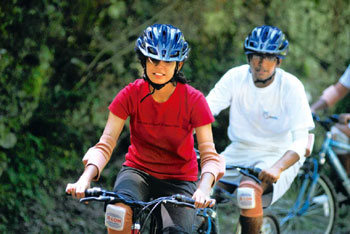 Balancing act: Caution your teenage daughter subtly about her crushes.

It’s understandable that you are nervous about your daughter’s emotions and behaviour in a camp situation. A teen crush can become such an all-encompassing thing at that age.

However, you need not discuss her crush and your specific fears with the organizers, as that will not be fair to your daughter. Someone may start talking about it and, before you know it, it could become some kind of sniggering joke. Only if you are sure that the organizers are sensitive and sensible people should you speak to them about this, and ask for their gentle intervention in some form.

What you can do safely, however, is voice your concern to the organizers about whether girls and boys at this camp will be supervised at all times. You can also ask parents who have previously sent their teenagers to this particular camp whether they were assured there was no “pairing off" of any kind and that a healthy bonhomie was maintained between the boys and girls.

Inappropriate mixing and unwanted encounters are a very real concern for all parents sending their teen and pre-teen children to co-ed summer camps. You will not be out of line in asking these questions and finding out about past camps and how this issue was handled.

Of course, with teens and pre-teens thrown together, there is bound to be teasing and crushes and such things in a camp situation. What is important to know is whether the camp organizers and coordinators are aware of this and know how to handle it well.

As for your daughter, first make sure she is not going to this camp only because of the boy. Find out if she’s really interested in the activities proposed. Get a sense of whether she will really use the camp to enjoy herself and learn new things, including making new friends.

As for her strong feelings for the boy, you could caution her very subtly to keep those to herself. Tell her that you trust her to behave correctly, to enjoy his company, and not be carried away by his presence.

By correctly, I mean remaining friendly, enjoying his company, but not seeking him out exclusively, not behaving flirtatiously, not expecting or engineering any one-on-one situations with him, such as walks or stargazing at some lonely spot, etc. You’re going to have to handle this one carefully, in case she flares up at you.

If this whole thing is very stressful for you, do you maybe want to consider sending her someplace else, where the boy is not involved?

Gouri Dange is the author of The ABCs of Parenting.

Send your queries to Gouri at learningcurve@livemint.com