As perfect as it all seems, in a strange way it makes you wish for urinals." This sentence, especially striking when read without context but memorable anyway, appears midway through one of the essays in novelist Zadie Smith’s new book Changing my Mind: Occasional Essays. The object of perfection it refers to is Joseph O’Neill’s Netherland, a novel about a stockbroker of Dutch descent, cricket, and New York after 9/11. And much though one urinal resembles another, even the urinals referred to here are something specific: the urinals with which Marcel Duchamp shocked the art world in 1917. 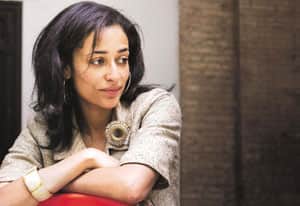 Smith calls this style “lyrical realism": beautiful descriptions of urban and rural scenes, improbably complete and perfect memories of childhood, a self which always seems to apprehend both itself and the world in rich and subtle language. This has been the default narratorial mode of the literary novel for so long that it has made literature static rather than dynamic. Netherland, as an especially skilful rendition of this tradition, is, therefore, particularly culpable in Smith’s eyes. What literature needs from time to time is a strong detonation, such as that supplied by Duchamp in the arts, that sends the aesthetic and conceptual furniture carefully laid out across the room flying all over the place. These kinds of judgements and juxtapositions, in which books are not only things to be read but themselves seem to read and argue with other books, are the essence of literary criticism, which is an art and not a science. Even if one were to strongly prefer Netherland to Remainder, it improves one’s understanding of Netherland to see its charms talked about in this sceptical way. We see how reading, like writing, is active work, and that a particular reading of a book can be just as stimulating as reading a book. At one point Smith, who generously quotes whole paragraphs from the books of others, glances over Louis Begley’s observation, “It is often underestimated how much talent is required to be a good reader." Whether Smith’s zingy, vigorous mind is weighing the relative merits of the view of literature held by Barthes and Nabokov, or thinking about Barack Obama’s novelistic rendition of the speech rhythms of different kinds of people in his memoir Dreams from My Father, or exploring the contrasting appeal of Katharine Hepburn or Greta Garbo, that talent is almost always brightly visible in these essays.

Smith is biracial, the daughter of a black woman and a white man, and has multiple allegiances in other ways. She grew up in England in middle-class Willesden, but went to university in posh Cambridge; her own three novels attest to changing conceptions of the novel form. Among the most salutary emphases in her book is the need to nurture one’s many sides and selves without guilt or embarrassment. Speaking of how her own accent now clearly suggests upper-class Cambridge rather than working-class Willesden, she says: “I regret it; I should have kept both voices alive in my mouth. They were both a part of me. But how the culture warns against it!...Voices are meant to be unchanging and singular."

If she admires Barack Obama (the subject of the book’s best essay, Speaking in Tongues), it is because of his ability to adapt his themes and style of speech to his audience and to mediate between opposing views of the truth. To her, there may be a position that leads straight from the work of the novelist to that of the president of the US: “I believe that a flexibility of voice leads to a flexibility in all things."

This is not, like so many collections, just a bag of facile opinions and enthusiasms thrown together, but a real book of alert, polished and cerebral essays.