Bangladeshi journalist and novelist Anisul Hoque was barely six years old in 1971 when the war that ended in the formation of his country took place. In 2002, he began writing what would become one of the most popular novels written in Bangladesh, a book already in its 46th edition, Maa. It is the true story of Safia Begum and her son, Azad, told lucidly, employing the tools of fiction.

Hoque spoke to us a day after the launch of the English translation of the Bengali novel, Freedom’s Mother, in Delhi earlier this month. Edited excerpts from the conversation:

Tell us about the conception and development of ‘Freedom’s Mother’.

It all began in 2002, with a former freedom fighter and theatre person, Nasiruddin Yousuf, and his one-line story. The story of the mother of a freedom fighter who did not have boiled rice for 14 years because when her son—who was in a prison, arrested by the Pakistan army—asked for it, she was not allowed to give him boiled rice. 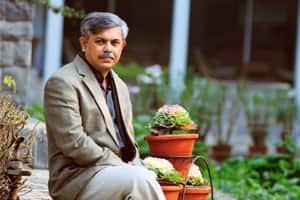 Best-seller: Maa is already in its 46th edition. Priyanka Parashar/Mint

I began my research by publishing an advertisement in Prothom Alo, a leading newspaper, asking people who knew Azad (the protagonist of the story) to help me.

Quite amusingly, the first person I talked to was Azad’s stepmother. Azad’s father was a rich man, with Azad the only child. But Safia Begum, Azad’s biological mother, left her husband’s mansion in protest against his decision to keep another wife. This was way before the arrival of feminism in Bangladesh. After that, I talked to scores of relatives and freedom fighters.

In 2003, the novel was published by Samay Prakashan.

What intrigued you about Safia Begum?

It was common during the 1960s for a man to keep two wives. But this woman left everything she had, unwilling to share her husband with anyone else. Let us not forget that this woman sacrificed her only child. When she visited Azad at the police station, she asked him not to disclose the name of his fellow freedom fighters, whatever the cost he may have to bear. She was a strong lady.

I was in class I. This, I told myself, is my first lesson. Schools were closed. Even as a boy of 6, I used to join the processions and chant slogans. “Bhuttor pete laathi maro(Kick Bhutto in the belly!)".

When the war broke out, we fled from place to place, finally settling in our village. I remember seeing dead bodies floating in the river. Towns and cities were being razed. The Pakistani army had seized control. Houses were being burnt. One of my classmates lost a finger while fooling around with a bomb, which he took for a plaything.

How does the younger generation view that time?

The new generation wants to know history. People want to be part of the victory.

Nowadays, there are two competing ideologies in Bangladesh: pro-liberation, and anti-liberation—backward, reactionary. The young want to side with the forces of liberty. They want to know.

But history, you see, is dry: places, names, years, dates. But when you introduce characters, when you describe the soul, that makes it interesting. Stories touch readers. I receive new emails every day, even phone calls from people expressing their gratitude for my writing this book.

Why did you choose ‘Freedom’s Mother’ as the novel’s English title?

I preferred Mother, but I agreed with the publishers when they said it was too common. We all know (Maxim) Gorky! Also, Azad means a free man. Azad’s mother is, therefore, freedom’s mother.