A couple of days ago, before I could click on my favourite ‘On This Day’ tab on Facebook, a friend’s post had me squealing. It was an informal announcement of a newly launched wraps and rolls brand by one of the city’s most popular dive bars, the 45-year-old Gokul in Colaba.

Within minutes, I messaged my college buddies to make plans for a trip to the watering hole, which often tops lists of touristy sightseeing spots Mumbai. The last time I found myself at the bar was over three years ago, during a lunch break from the nearby B.Ed college I had enrolled in. Over ice-cold beers and a basic meal of yellow dal-chawal, I made a confession to my classmates. If it wasn’t for time at St. Xavier’s college and my stint as a nightlife reporter for a lifestyle magazine, I would have never agreed to spend an afternoon at a low budget bar with low ceilings, Formica-laminated tables and long benches.

I vaguely remember sitting on the edge of the battered seats, tugging at the hemlines of my short dress on my first visit to Gokul with a ‘too-cool’ classmate during the first year of degree college. Quite prudish and snooty back then, I felt so seriously uneasy by the indoor smoking, the shady punters and the waiters who were old enough to be my parents that I sent an SOS SMS to another close friend asking him to rescue me at the earliest. I lied about finishing an errand and made my quick escape, promising myself that I wouldn’t return, no matter how severe the peer pressure gets in the future. The resolution lasted no more than six months and I soon became a regular there.

Gokul is much more than its rickety old parts, cheap booze, masaledaar bar snacks and crisp batter-fried fish. For me, it has been a unifier and a leveller. It’s where classmates with all kinds of pocket money hung out without judgements. We celebrated the farewell party of a senior editor and convinced the whole bar to sing along to For She’s a Jolly Good Fellow, much to her mortification.

Another old-timer, 31-year-old Nikhil Udupa says that though Gokul wasn’t the first dive bar he frequented, it was definitely the only interesting one, thanks to its raucous mix of students, young professionals and neighbourhood drunks. “Gokul is the first cool dive I experienced," says Udupa. “Along with uncles who stopped by after work, you would see a lot of cool and creative types from J.J. (Sir J.J. School of Arts) and it was one of the few cheap places you could take a girl to without having to worry about her safety."

Another friend went so far as to describe his weekends at the bar as “scenes right out of Hakkasan". You see, when Colaba was a consistent nightlife hub, with Red Light at Kala Ghoda, Polly Esther’s at the Gordon Hotel and Prive on Mandalik Road operating as the city’s top nightclubs, the party folk made diligent stops at Apollo Bunder. It was always Gokul for pre-gaming and Bademiya next door to curb the midnight munchies with grab-and-go rolls packed with red-hot kebabs. “At night, you would see the sexiest and coolest women and men on Gokul tables," says Dharam Saraviya. “All of those guys could afford Prive rates but just be legit and cool they would go and drink themselves silly at Gokul, head to Prive and finish at Trattoria (at the Vivanta by Taj President)."

Like Udupa, Himanshu Vaswani, a 28-year-old marketing professional says he had no dearth of dives close to home in Thane but nothing came close to Gokul. Vaswani says he spent many afternoons at Gokul, cutting class from Jai Hind College and not just because it was cheap but also because it was one of the rare establishments that was unaffected by the whole Vasant Dhoble debacle which led to severe moral policing and a crackdown on popular bars. One of his most vivid memories at Gokul dates back to 2005 when annual music festival Independence Rock, scheduled to take place at the Gateway of India, was cancelled at the last minute leaving a legion of fans huffing and puffing. “That night, there was sea of black T-shirts at Gokul", says Vaswani. “It was just tons of guys mourning and bonding over their disappointment. It was one big emo party for heartbroken kids." 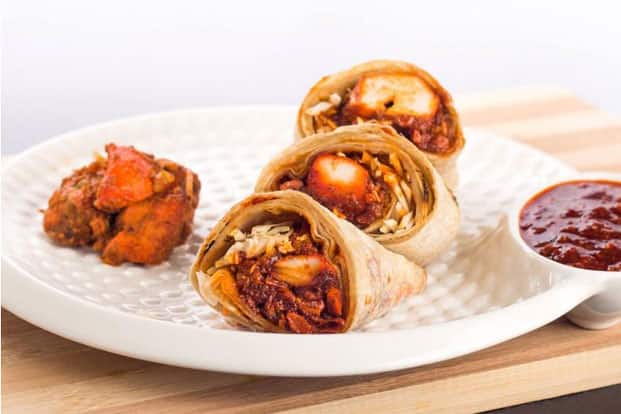 “We have many big plans for expansion, starting with Gokul Bite. We’re thinking about opening a lounge near Gokul but at the moment we haven’t thought about changing Gokul itself," says Pujary. “Ever since places like Social have opened, our business has been doing better. Just a few weeks ago they had maddening crowds for their beer for one rupee deal and all the surplus business they couldn’t handle came to us. After all, nobody in Mumbai wants to stand around with their drinks for too long and Gokul has plenty of space after they’ve had their first round of drinks."