From music and movies to dance and drama, there’s plenty to do or experience over the coming week

The brainchild of designer, visual artiste and VJ Avinash Kumar and DJ, producer and founding member of Qilla Records, Gaurav Malaker, Blot! arrived five years ago, pioneering the audio-visual concept in Delhi. Funk-minimal-techno music, videos, stop-motion animation and 3D visuals, and an understanding of light and space have given Blot! a niche distinct from most other EDM (electronic dance music) acts in the country. They have played at some of the biggest festivals in India, Germany, the UK and US. They even organize their own music festival: TechnoDrome—the electronic music and urban arts festival started by Blot! and Qilla Records in 2009. Perhaps long overdue, their debut album Snafu (an acronym for “Situation Normal: All Fucked Up"), with collaborations with Vasundhara Vidalur (of Adil and Vasundhara) and Suryakant Sawhney (of Peter Cat Recording Co.), will be released at Chéri. 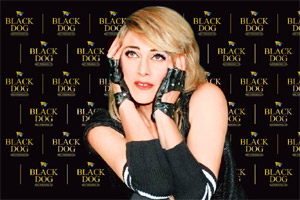 In 1991, the Chicago Tribune reported a flurry of Madonna sightings when the diva was in town filming A League of Their Own. The next day people realized that the sightings were actually of a 22-year-old woman named Melissa Totten. This doppelganger incident sparked Totten’s 20-year career of paying tribute to the “queen of pop". Totten is definitely the most well-known Madonna tribute artiste. With make-up and costumes, she does look uncannily like the pop star. And unlike many lookalikes, Totten sings “100% live". Totten will perform at The Westin, Gurgaon.

It’s not every day that you see a female trumpet player and a ponytailed guitarist performing together. If you’re in Delhi, the search narrows down to one duo, Ditty & Mark. The artistes combine jazz, R&B, Greek, Balkan and Latin music into one neat package. Aditi Veena (Ditty) and Mark Aranha started playing together last year after they attended the Swarnabhoomi Academy of Music in Puducherry, run by ace fusion guitarist Prasanna.

The Kashi Baithak Sangeet Sabha is organizing a two-day tribute to Pandit Vishnu Prasanna. On Wednesday, Sanjeev and Ashwani Shankar will perform on the shehnai, followed by a sitar recital by Pandit Sahitya Nahar. Shehnai is part of the lineage of Sanjeev and Ashwani, and they have been carrying forward the playing styles of their grandfather, Pandit Anant Lal, and their father, Pandit Daya Shankar, both legendary shehnai maestros. Rajesh, Rishab and Ritesh Prasanna will play the flute and vocalist Uma Garg will perform on Thursday.

Between the Lines: Identity, Place and Power

A group exhibition of 128 fine art prints by 75 artists, including Anupam Sud, Bhupen Khakhar, Chittaprasad Bhattacharya, Jyoti Bhatt, Krishna Reddy and Zarina Hashmi. The prints are from the private collection of photographer Waswo X. Waswo, and have been selected and curated by art historian Lina Vincent Sunish. The exhibition is scheduled to travel to the National Gallery of Modern Art, Bangalore, in October.

Directed by Atul Kumar and performed by The Company Theatre, this Indianized version of Shakespeare’s ‘Twelfth Night’ was performed at London’s Globe Theatre in April as part of Globe to Globe (21 April-9 June), a festival within the World Shakespeare Festival 2012. This is its first performance in the Capital. Kumar’s production is mostly faithful to the original, right from Orsino’s famous opening line, “If music be the food of love, play on." Central to ‘Piya Behroopiya’s’ charm is Amod Bhatt’s folksy music and many hummable tunes—keep your ears open for ‘Gori Tere Naina Re’ and the ‘qawwali’ number. Using colourful costumes to offset the bare backdrop and minimal props, Kumar brings alive the madcap world of Illyria by deftly employing the ensemble’s many talents. 2 hours. 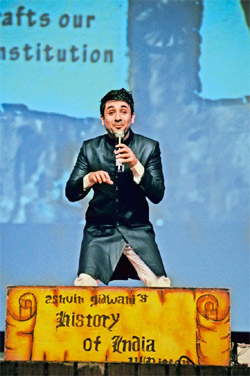 Ashvin Gidwani brings his new production featuring stand-up comic and actor Vir Das, who abandons his smart-aleck demeanour for something more crowd-friendly: the urban, middle-class version of patriotism in which it’s easy to love your country because you only see the bright side. The delivery is clean, quick and sharp as he goes on about the cradle of civilization in Harappa, to the Vedas, from the East India Company to the 1947 freedom struggle, to the Indian economy opening up to the world in the 1990s.

The Dur Se Brothers collective, made up of theatre professionals, costume designers and stylists, is organizing a party with a superhero theme. Performances with the actors dressed in popular superhero costumes, spoof songs, dances and fight sequences are on the roster.

The 1954 classic ‘Andha Yug’ evoked the bloodbath of Partition. It took place on the last day of the Mahabharat war, when the survivors of the defeated Kaurava clan encourage Ashwatthama, the son of their guru, to release the ultimate weapon, the ‘brahmastra’. Bijon Mondal’s new production, ‘Andha Yug—A Fusion’, retains the script’s poetic language and narrative structure, but is tweaked to appeal to youngsters. Fusion band Translucent performs a blend of Carnatic and Hindustani music as the epic unfolds on stage. Women are cast in the role of the prophetic narrator Sanjay and adviser Vidur. Krishna is represented as a six-person chorus that sings the narrative between scenes, though not always in tune. 2 hours.

Hereinafter is a solo show by Bangalore-based photographer Anup Mathew Thomas. Thomas works “to engage with narratives that are inherent within the context of his site of work; the stories, though instinctively local, often reverberate within a more inclusive context", says the curatorial note. Many of the works on show draw from the cultural history of Kerala—such as photographs of Katha Prasangam performances (a form of funeral procession) and a Nazi 35mm movie camera rumoured to have been used by a priest in Kerala to film prayers. 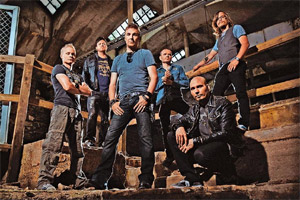 Poets of the Fall

VH1 will bring to India the band Poets of the Fall, which is on a world tour. The Finnish rockers comprise Marko Saaresto on vocals, Olli Tukiainen on guitar, Markus Kaarlonen on keys, Jani Snellman on bass, Jaska Mäkinen on guitar and vocals and Jari Salminen on drums and percussion. Their music is a blend of pop, rock, metal and industrial sounds.

A beer and biryani festival is on at the restaurant Kahwa at The Zuri Whitefield hotel. The buffet spread includes a vegetarian and chicken biryani, along with a variety of dals, curries, salads and saalans, and beer.

A Walk in the Woods

Directed by Ratna Pathak Shah, the play originally written by Lee Blessing and adapted by Faisal Rashid and Randeep Hooda will star Naseeruddin Shah and Rajit Kapoor as two diplomats (an Indian and a Pakistani) taking a private walk, trying to achieve a breakthrough in the muddled negotiations between the two countries. Will they succeed? What role do individuals play in the larger games governments set in motion? This production is being hosted by the Bangalore-based not-for-profit organization India Foundation for the Arts. 2 hours.

This Indian adaptation of the Hans Christian Andersen fairy tale, ‘The Snow Queen’, by playwright Anupama Chandrasekhar will take viewers on a trip across Kerala, the Chambal region, Kashmir and Mumbai’s film industry and look at themes of loss, love, loyalty and friendship in the context of what it means to be a teenager today. 2 hours. 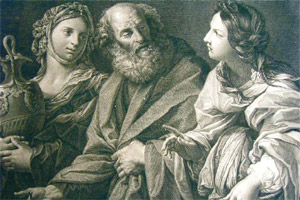 Tejas Gallery and the art group Connoisseurs are presenting an exhibition of 18th and 19th century prints with a European theme from a private collection dating back to the British Raj. The prints comprise lithographs, etchings and engravings. Lithography is a method for printing using a stone or metal plate with a smooth surface, invented in 1796 by German author and actor Alois Senefelder. Etching is the process of using acid or mordant to cut into the unprotected parts of a metal surface to create a design in intaglio in the metal. Engraving is the practice of incising a design on a hard, usually flat surface by cutting grooves into it.

Tasher Desh (The Land of Cards)

Theatre group Shohan will stage its new production, Rabindranath Tagore’s Tasher Desh, directed by Anish Ghosh. Tasher Desh is one of Tagore’s more famous dance operas, and it has been staged by many theatre groups. The story revolves around a prince who goes in search of adventure, accompanied by a merchant. The mismatched pair gets shipwrecked in the “Land of Cards".

Saregama India Ltd and Utsaha-Udbhas will present a two-day performance by Rabindrasangeet exponent Rahul Mitra to mark Baishe Srabon (the 22nd day of the Bengali month Srabon, the day on which Rabindranath Tagore died). On 18 August, Rahul Mitra will perform Tagore’s Baul songs with Soumen Baul. The next day, Mitra will presents Dorodiya—an evening of kirtan songs with Parveen Sultana.

Theatre group Purba Paschim presents its annual theatre festival with plays by different groups and an exhibition which will pay centenary tribute to singer Jyotirindra Moitra. Purba Paschim will stage their new production ‘Bhalomanush’ on 23 and 24 August. The play is based on a play by Bertolt Brecht and has been adapted by Ajitesh Bandopadhyay. The Ahmedabad group Darpan will present ‘With Love’, scripted and directed by Mallika Sarabhai and Stever Maye Miller. Other plays include Manoj Mitra’s ‘Debi Sarpamasta’, and Shakespeare’s ‘A Midsummer Night’s Dream’ by the Mizoram government’s art and culture department. 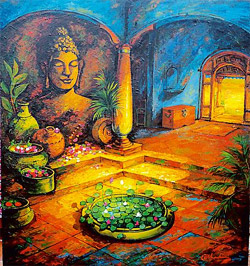 Usha Devi’s paintings make use of traditional themes related to Indian architecture and landscapes, presenting them in a different perspective with a clever play on light.

DakshinaChitra is celebrating Onam with the village traditions of Kerala’s folk dances, presented by the Kerala-based Folkland troupe. Thiruvathirai Kali is a popular dance performed by women on Thiruvathira, a festival dedicated to the Hindu god Shiva. Oppana is traditionally performed by girls in the Muslim community for a bride on the eve of her wedding. Margam Kali is performed by women of the Syrian Christian community.

The founding day of Madras (22 August 1639) will be celebrated with heritage walks, music, poetry and food. The events include a Tree Walk by the group Nizhal (19 August) at Queen Mary’s College; talks on “Tennis in Madras" (20 August) at The Hyatt and the “Changing face of Chennai’s dance scene" (22 August) at The Park. 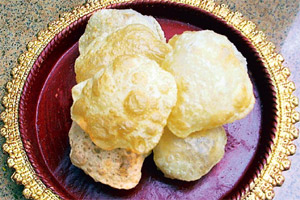 When the queen dies, the king decides to marry his daughter. In Jacques Demy’s French musical, Peau d’Ane (Donkey Skin), the princess is willing, but the Lily Fairy is intent on thwarting incest. She plots the princess’ escape in the skin of the king’s prized donkey.

It’s not every day that you see a man and his wife’s husband come together on stage. To find out who gets to keep the wife and who ends up being the miserable, lonely one, watch this Hindi play by the group Sifar.