In the hills of Solan, the country’s oldest beer, first malt whisky, and the cult old monk rum are still as heady as they were all those years ago

If Edward Dyer and H.G. Meakin could be transported in a time machine to their erstwhile liquor breweries and bottling plants in Kasauli and Solan, respectively, in Himachal Pradesh, they would find things very much the same—as though time had stood still within the perimeter of the complex. 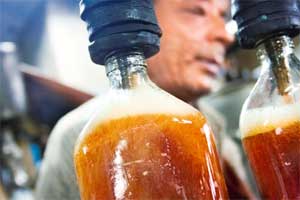 Of course, their joint venture, Dyer Meakin and Co., was rechristened Mohan Meakin Breweries Ltd 17 years after the management passed into Indian hands in 1949—it became Mohan Meakin Ltd in 1980. Their premium products, Golden Eagle beer and Solan No. 1 whisky, are mere shadows of themselves though they are still popular in the vicinity, while Old Monk rum, a product added by the Indian management, has acquired a cult following that now commands a global footprint. All the products have continued to source water from the natural spring located in Solan, for more than 150 years, preserving the signature taste.

Herein lies the contradiction. How does a brand that is so old survive such stiff competition despite not having undertaken any drastic makeover? It simply defeats logic.

At Kasauli, where Dyer established a brewery that launched the country’s oldest beer in Lion, the interiors are largely untouched. It is now a distillery that produces malt spirit. The entire process, including the maturing room where the oak casks are preserved, is mostly the same vintage as when the company was acquired by N.N. Mohan in 1949. Anecdotally, old-timers maintain that nothing has really changed; archival pictures that can be accessed on the company’s premises support this narrative. 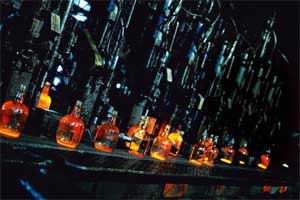 In Solan, a substantially larger location now houses the brewery—this used to be the distillery and Kasauli was the brewery till a swap after the end of World War I, when Dyer and Meakin decided to merge their otherwise independent firms. The spacious office of the managing director is like a set staged for shooting the next episode of the American advertising serial Mad Men. The 1960s-style furnishing contrasts with three life-sized stuffed eagles, after whom the beer is named. The residence of the managing director, Kapil Mohan, located a little over a kilometre from the brewery and offering a breathtaking view of the green valley and hills beyond, is similarly preserved in time. 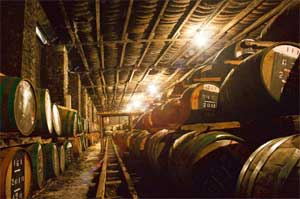 Affirming that status quo has largely been retained, Mohan, managing director for 38 years, reiterates for good measure, “We don’t want to change." The firm is tightly held, with the promoters accounting for just under 66% of the equity.

Not surprisingly their approach to marketing sounds anachronistic in an era where liquor companies fall over each other to undertake surrogate advertising. Their mantra was “rock-bottom prices" for their products in the 19th century, and it continues to be that. Solan No. 1, a pure malt whisky, is priced at ₹ 270 for a 1-litre bottle in Solan. As it was 150 years ago, saleability has been left to the ability of the drink to ring up its own faithful; so, despite a surge in competition, there is no advertising or marketing support.

“We do not advertise. I will not, and as long as I am in this chair, we will not (advertise)," says 84-year-old Mohan, who neither drinks nor smokes and is avowedly spiritual.

“The best way of my advertising is the product: When it comes to you and you taste it and then you look for the difference and say what is it. That is the best advertisement." As the patriarch of the Mohan family and head of a tightly controlled family-owned company, his is the last word.

Sceptics believe that not engaging in marketing or advertising (even if it is surrogate), while virtuous, makes no sense. Not just the industry, the economy too has transformed dramatically. The number of firms has grown and continues to increase. 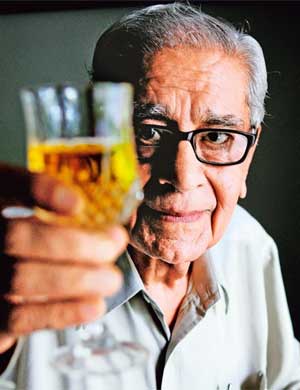 According to the All India Distillers’ Association, the Delhi-based lobby group for the industry, its membership has grown from 15 in 1953, when it was put together, to around 200—accounting for 80% of the distillation capacity in the country.

The economy, in the meanwhile, has transformed into a near $2 trillion (around ₹ 110 trillion) economy—quadrupling in the last decade. With newly acquired chutzpah, the country has also brought down tariffs and introduced a foreign element to competition. Between 2002 and 2011, the company’s turnover failed to match the spectacular growth of the Indian economy. The turnover increased from ₹ 292.71 crore in 2002 to ₹ 408.40 crore in 2011; in 2010, the company actually posted losses of ₹ 4.52 crore, before reporting in the black in 2011 by earning profit before tax of ₹ 10.54 crore.

P.N. Sapra, a consultant to distilleries, points out that though the industry is growing in size every year, Mohan Meakin’s market share is not. He should know, since his professional career has been closely associated with the company and maps the lifespan of the industry in modern India. The 92-year-old started out with the company in 1943 as a laboratory chemist (at a salary of ₹ 100 per month) in the Solan unit; he stayed on till 1962, when he moved to Jagatjit Industries and became the architect of the successful Aristocrat brand of whisky.

Locals in Chandigarh say the same: Failure to market the brand has led to a gradual erosion of market share. Till about the mid-1980s, when competition actually started taking root, the Mohan Meakin brands dominated. Since then, particularly in the last decade, they say, the popularity of these products has diminished and is restricted mostly to Himachal Pradesh, Haryana and Punjab—with most consumers swearing by the unique taste attributed to the natural spring water at Solan.

Ironically, just when even the most loyal within the company are beginning to give up, change is under way. To begin with, the Kasauli unit of Mohan Meakin has, in a departure from the past, started selling some of the alcohol produced in the company to other manufacturers. According to G.S. Rathaur, chief executive officer at the Kasauli distillery, about two-thirds of the alcohol is sold like this—generating an alternative source of revenue. 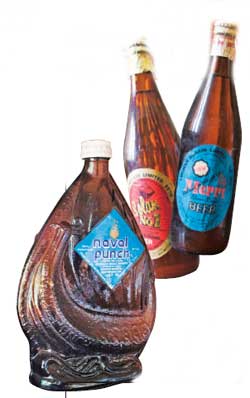 At the same time, the company is ready to launch a single malt—Solan Gold; though they refused to disclose the price, it is expected to once again be a product that has the potential to disrupt the market. Incremental, but all this is change indeed.

Now, Mohan discloses, the company is poised to take this process to unprecedented highs: a tie-up with Diageo Plc., manufacturers of the iconic Johnnie Walker whisky. While he declined to talk about the exact nature of the relationship, he hinted that it would entail a marketing tie-up.

“We will bottle their products and we bottle our own products under our own technical knowledge. We may make a selling company," he says.

It is a deal that has been rumoured for over a year. According to Mohan, the two companies touched base afresh when he went to Paris for a surgery and negotiations are now in the final leg.

If indeed it does fructify, it would undoubtedly etch an entirely new chapter in the history of what is probably India’s oldest liquor company. It would also be in keeping with the patriarch’s desired legacy: “Providing better whiskies to consumers."

Moulishree Srivastava contributed to this story.