Home >mint-lounge >The many distinct flavours of summer

The many distinct flavours of summer

The many distinct flavours of summer

Sirius, twice as big as our sun and the brightest star in the night sky, is on the move. Ancient Greeks viewed this Dog Star with trepidation, believing it to be responsible for the “dog days of summer" that will grip much of India in the coming months. Dazed dung beetles lie still on the parched earth, wishing for trickles of rain. Stunned dragonflies ride the humid air, their transparent wings unmoving as they coast on waves of heat. Spider webs sag under wilting shrubs. Rain trees fold their leaves hopefully in the evenings, unsuccessfully heralding rain. Bees hover over hives, flapping their wings meticulously to keep the hive at its preset temperature. 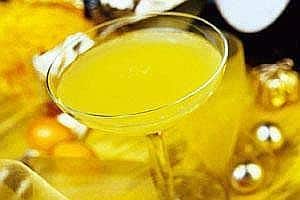 Cooler: Home-made drinks are the best.(Thinkstock)

Champagne mimosas are a great drink for summer. They go with salads. My favourite recipe includes lettuce, feta cheese, freshly ground pepper, sliced tomatoes, watermelon, roasted walnuts and a few sprigs of mint. Another great one is cubed watermelon, freshly ground pepper with a mint and feta garnish. Summer is for chilled beer or wine with some extra-creamy blue cheese: My brother has a stock of Castello Danablu extra-creamy Bleu cheese in his fridge, which I raid periodically. Summer, in the end, is about fresh fruits and vegetables. It is the time when farmers, especially those that farm out of passion rather than for a living, make a lot of friends.

The father of a friend in Delhi decided to become a gentleman farmer after retirement. He is oversubscribed, with too many customers even before his first harvest. When his son—my friend—called to ask his dad for some farm-fresh organic vegetables, the father replied: “I have restaurateurs waiting in line outside the farm. Call me when summer ends. I’ll give you some leeks."

But who wants leeks when you can have tomatoes—especially vine-ripened cherry tomatoes, if possible? My neighbour, Jo, brought me a whole bowl full of cherry tomatoes recently. They are the stuff of memory—the best tomatoes I have ever eaten. For one they are tiny, beautifully round, each still attached to the stalk, which is key for retaining flavour.

Bite into a cherry tomato and the juice spurts into your mouth. The skin is not tender like the usual tomatoes we buy. Cherry tomatoes have the taut skin of youth. Slit the skin and there is little pulp but oodles of juice. It is what Ferran Adria attempted at his restaurant, El Bulli, when he fashioned olives through a process called spherification—containing liquids in their own skin.

Here is the second thing I found out when I ate those sublime cherry tomatoes: The taste isn’t intense.

It is like grand cru wines, first flush teas, 87% dark chocolate, or Japanese cuisine: The flavour is subtle and well-rounded, with no one taste to overwhelm the taste buds. You could call them flat, especially in relation to assertive foods like Bleu cheese or coffee. Vine-ripened tomatoes, haricot verts, or even peas have that subtlety. They aren’t particularly tart; or sweet; or whatever it is you associate with a certain vegetable.

Tomatoes were fruits, till a US court established them as vegetables in 1893. They are, along with cape gooseberries, capsicum, potato and eggplant, or brinjal, members of the Solanaceae or nightshade family. The name of the family comes from the Latin Solanum, “the nightshade plant". Alternatively, the name has been suggested to originate from the Latin root solari, or “to soothe", but the amount of alkaloids elevates their toxicity from mildly irritating to—as in the case of Atropa belladonna—fatal. Tomatoes originated in South America and are now the base of that most ubiquitous of dishes: pizza.

But tomatoes in all these forms taste nothing like the real thing. To eat a real tomato, you have to hand-pluck it from a farm where the sun has ripened it into this creature that is flat yet bursting with juice. Or have a kindly neighbour with a farmer-mother. Thank you, Jo.

Shoba Narayan ate the best strawberries of her life at the East Hampton Farmers’ Market in New York 10 years ago. She still remembers the car she was driving and the clothes she was wearing at that moment. A strawberry, much like a tomato, can create a memory. Write to her at thegoodlife@livemint.com