A little dirt is good for you

A little dirt is good for you

Apparently the squeaky-clean obsession is not just silly but unnecessary too: Dirt is good for us. When we get dirty, we expose our immune system to germs, which train it to develop and get stronger. Or so says the “hygiene?hypothesis",?based on several scientific studies. 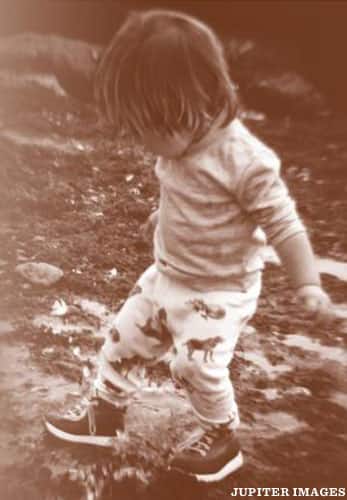 The idea is that people need to be exposed to a wide array of microorganisms in order to keep their immune systems alert and fighting fit. The hygiene hypothesis suggests that while avoiding germs can prevent infections, exposure to pollen, dust and microbes actually allows your immune system to fight back. It is much-needed target practice for your body (much like your building’s fire drill), and strengthens your immunity for future assaults that may be deadlier.

The pioneer of the hygiene hypothesis seems to be Mary Ruebush, a microbiology and immunology instructor at Kaplan Medical, US, and author of Why Dirt is Good: 5 Ways to Make Germs Your Friends. In her book, she says: “What a child is doing when he puts things in his mouth is allowing his immune response to explore his environment." And Ruebush is not alone.

Should you believe this?

A September study by researchers at the University of Manchester, published in the Journal of Allergy and Clinical Immunology, found that children who attend day-care centres may be less likely to suffer from asthma and wheezing than their stay-at-home peers. This supports the hygiene hypothesis: Early exposure to infectious agents in day care or from older siblings (who are likely to contract infections from the outside world) offers protection.

The hygiene hypothesis is fairly new for Indian health experts, but it is already gaining supporters. Shubnum Singh, clinical allergist, Max Healthcare, seems to be in its favour: “I agree that a little dirt is good for you," says Singh. “Your body can only build up antibodies if it has something to react to."

She explains that we have killer and helper T-cells generated by the thymus gland to moderate our bodies’ immune responses “to steer our way through a sea of infections and allergens by producing adequate numbers of protective antibodies".

If you live in a spick and span bubble, she says, the killer cells have essentially nothing to fight and end up fighting innocuous agents: pollen, foods or, worst, one’s own body (causing autoimmunity disorders). “As time passes, if not stimulated adequately, your immunity drops and one little germ can wreak havoc," she adds (also see ‘Know’, below).

Madhu Handa, senior consultant in microbiology, Moolchand Medcity, New Delhi, agrees. “Exposure to germs makes our children less susceptible to bigger diseases and allergies in the long run, though it makes us vulnerable to a runny nose…which is really not a big deal," she says.

“Actually the immune system’s main job is to recognize the bad guys," says Handa, “so that our body can kill those bad guys and allow you to survive. In order to harden, the immune system requests some kind of stimuli all the time." So yes, you need a little dirt in your life.

Befriend the bad guys, but cautiously

That’s not to say children should roll around in the dirt all the time, or that you should eat with dirty hands. The operative word is “little". The idea is not to skip the smallpox vaccine or catch your death by food poisoning. But yes, to keep the immune system working properly, you need a controlled dose of germs (in fact, that’s what vaccination is all about). Otherwise, your body doesn’t know how to recognize the bad guys; it will act like a too-trusting child who’s never been warned not to speak to strangers. Simply put, our immune systems need more practice to make them strong and healthy.

Some allergy experts actually believe that in some cases, contact with small doses of pet dander in the home decreases a child’s risk of wheezing from asthma later in life. Some argue that if people who lived on farms as children show a reduced incidence of asthma, it’s probably because the organisms in dust and manure are the stimuli their immune systems need to fight off asthma attacks.

James E. Gern, a paediatrician at the University of Wisconsin-Madison, published research in the Journal of Allergy and Clinical Immunology in 2004 that puts a twist in the age-old theory of pets triggering allergies. He feels that having a cat or dog at home exposes children to more infections early in life, which in turn strengthens their immune systems, making for better overall health in later years.

In one study, he analysed the blood of babies immediately after birth and a year later—and found that kids who had pets were less likely to have eczema, a common allergic skin condition, and showed higher levels of certain immune system chemicals.

“It is also important that a child go through normal childhood illness," Handa adds. While many of us seem to think of “good health" as a state of not falling ill, immunologists have long known that the truly “healthy" are those best equipped to fight an infection and heal. “When we suppress a lot of things, like colds—rather than, in effect, letting nature run its course—we’re making immediate treatment the priority rather than long-term prevention. It’s the same as (saying) you cannot really build good muscles without doing exercise," she explains.

Doctors subscribing to the hygiene hypothesis also want you to make a distinction between germs and pollution, both of which cause disease, but differently. “Last but not the least," says Singh, “we need to understand that environmental pollutants are not synonymous with dirt. (Pollutants are) a totally different ball game, spanning chemical toxicity (a good example being Holi colours), asbestos poisoning, etc." (also see ‘Don’t’, below).

Out with the antibacterials

Tufts University microbiologist Stuart Levy is concerned about the overuse/misuse of the umpteen antibacterial products in the market. Antibacterial soaps, laundry detergent, cutting boards, baby toys… the list seems to be ridiculously long and growing. Speaking at the International Conference on Emerging and Infectious Diseases in Atlanta in July 2007, he stated his concern about the belief that all germs should be destroyed, and that children should be raised in a sterile home. This, he felt, was a serious mistake.

“What worries me is that if we continue using antibacterials, we won’t see (problems) until children get older, maybe 10 years from now, as unfortunately the reality is that all these germ-killing products may end up leaving us even more vulnerable to infection," he warned. He added that recent studies showed an increase in asthma and allergies in homes that were overly clean.

Levy suggests the only place for antibacterials is in caring for the very ill, whose immune systems are compromised. Others, he believes, should stick to cleaning the old-fashioned way: with alcohol, chlorine bleach, hydrogen peroxide, or just plain old soap and water.

Joel Weinstock, chief of gastroenterology, Tufts Medical Center, Boston, and David Elliot, gastroenterologist and immunologist, University of Iowa, have proposed an IBD (inflammatory bowel disease) hygiene hypothesis—raising children in extremely hygienic environments negatively affects immune development, which predisposes them to immunological diseases such as IBD later in life. Their study, published in January in ‘Inflammatory Bowel Diseases’, suggests that eradicating intestinal worms in children might be unfavourable to the development of their immune systems. They noted that IBD probably stems from “an inappropriately vigorous immune system" and is not common in “less developed" countries, adding that the first prototype worm therapies against immunological diseases were now being tested.

Playing in the dirt is not the same as ingesting it. If you or your child are craving non-food items such as dirt, talk to your doctor. The condition, called pica, can affect anaemic children or pregnant women. “People suffering from pica most commonly crave soil, plaster, chalk, soap or paper. Usually pica develops due to nutritional problems (such as deficiency of iron or zinc) , but sometimes it may even stem from pathological factors (as a response to environmental stress or abuse)," says Delhi-based nutritionist Ishi Khosla.

Dirt has another unexpected bonus: Scientists at Bristol University and University College London, have found that it can lift mood. Mice exposed to “friendly" bacteria found in soil altered their behaviour in a way similar to the effect of antidepressants. The study, published in ‘Neuroscience’ in 2007, says levels of “happy" chemical serotonin in the brain were boosted by the bacteria just as they are by drugs for depression. Lead author Chris Lowry says: “These studies leave us wondering if we shouldn’t all be spending more time playing in the dirt."