No matter how refreshing it sounds, the concept of two screens in a single phone is not new. Many smartphone makers have toyed with the idea and few implemented them in unique ways in their devices. While the Yotaphone (launched globally in December 2013) came up with phones with a regular display on the front and an e-ink display on the back, Samsung added a small display along the edge of some if its flagship smartphones such as Galaxy S6 Edge (launched in April 2015). LG’s new budget Android smartphone, the X Screen, offers a secondary screen similar to the Samsung smartphones, but instead of being on the sides of the primary display, this second screen is placed above it. LG has priced this phone at ₹ 12,990. 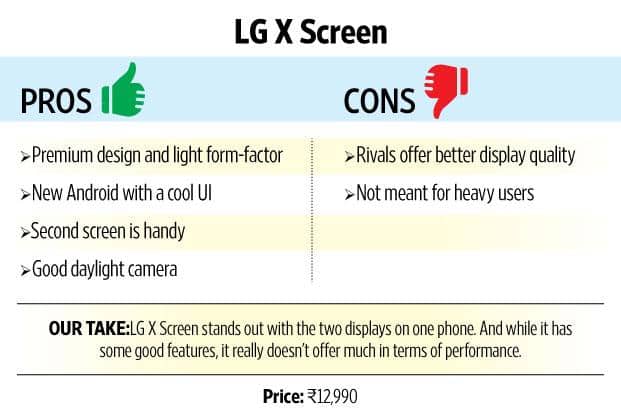 The LG X Screen is a good-looking smartphone with the aura of a high-end flagship. The glass finish on the back and a brushed metal frame along the side panel makes it look similar to some of the high-end Sony smartphones. Despite its flat back and glossy finish, it doesn’t feel slippery. The curves along the frame and the phone’s light and compact form factor (120g) are some of the factors that work in its favour. The LG X Screen’s unique second screen, which occupies a thin portion on the top of the front panel, is barely noticeable but can be very handy.

At 155g, the Moto G weighs more than LG X Screen, yet feels a lot more comfortable to hold due to the curved back design and the coarse finish. Moto G Turbo’s biggest advantage is its water- and dust-resistant exterior, which is a rarity at this price point.

Display: A mixed bag with a unique secondary screen

The smartphone’s primary 5-inch screen has a resolution of 1,280x720p, which is good considering the screen size. The display reproduces colours accurately, but doesn’t really feel impressive. The lack of resolution gives it a slightly dull look which reflects during gaming and movie playback. The wide viewing angles look fine but reflectivity is one area that users will have to contend with. It affects visibility in bright light. The Moto G Turbo also has a 5-inch screen with 1280x720p resolution but it looks slightly better in terms of overall richness of the screen.

The second display: Another useful screen, but nothing ground-breaking

LG has added a secondary screen in the smartphone which stays on all the time, even when the main screen is locked. It basically shows a few app icons which you can access without unlocking the smartphone. For example, you can refresh the Wi-Fi, torch, access the music player to play music and change tracks and press the SOS button during an emergency to send out a call and a message to your family.

This brings the phone in line with the government of India’s mandate to smartphone makers on having a panic button in all new smartphones by January 2017. The notifications show within the main screen as in any other smartphone.

Performance: Not meant for power users

The LG X Screen runs on Qualcomm Snapdragon 410 quad-core processor with 2GB RAM. Though the smartphone can handle individual tasks well, we noticed a slight lag while switching between apps with 6-8 apps running simultaneously in the background. It can handle basic games well without any heating issues, but if you are into heavy games such as the FIFA 16 or the Asphalt 8, the Moto G Turbo is a better proposition. It runs on Qualcomm Snapdragon 615 octa-core processor with 2GB RAM. The LG X Screen is at par with rivals in terms of storage and offers 16GB internal storage with the option to add another 256GB via micro SD card. The phone is powered by a 2,300mAh battery only, but it can last a whole day on modest use, just like the Moto G Turbo. 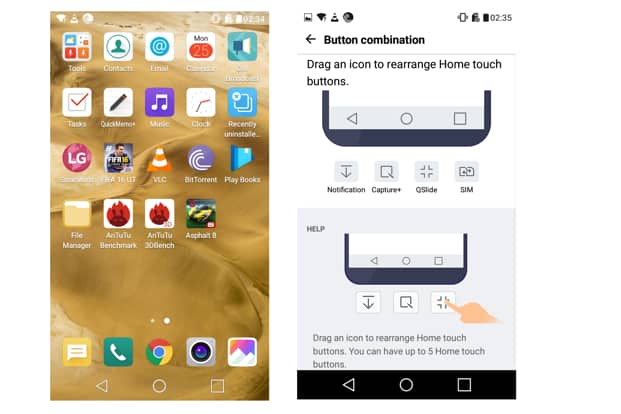 The LG X Screen runs Android 6.0.1 (Marshmallow) with its proprietary custom UI over it. This interface looks very similar to the interface we see on many Chinese smartphones with no app drawer and, like most of them, it offers plenty of features too. Some of the customisation features we liked was the option to alter the font size, alter the grid size, the freedom to drag and rearrange home touch buttons and having up to five home buttons. Usually, there are only three. The interface looks clean as LG hasn’t loaded unnecessary third-party apps or useless Google apps. 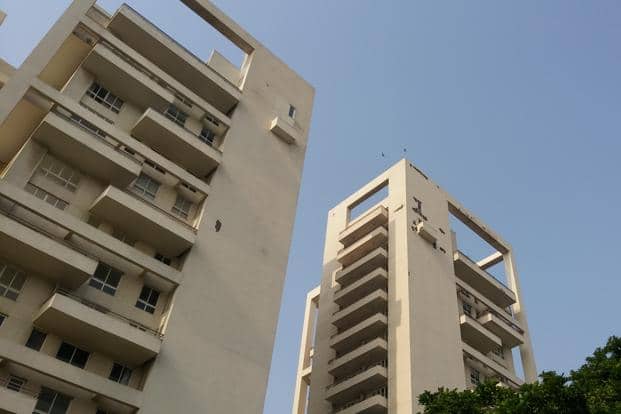 Camera: At par with rivals

The 13-megapixel camera works well under bright light. On a properly lit day, it can capture colours and details brilliantly. While the camera is fast, it takes a little time to lock focus properly on the subject. Indoor and low-light shots are mostly blurry and washed out. The camera app looks basic and easy to use and doesn’t have too many features or filters.

The LG X Screen is a unique smartphone with a dual screen which helps users access some casual apps even when the phone is locked. Though it is interesting, it is still very basic and cannot be the only reason for buying this phone. It has the latest OS, a consistent camera and looks better than many of its rivals. But if you want something more conventional, the Moto G Turbo is still the best option at this price point. The water- and dust-resistant exterior is a bonus.