"storyDirectUrl"
OPEN APP
Home >Leisure >Film Review | My Name is Khan: Khan is as Khan does

Film Review | My Name is Khan: Khan is as Khan does

Film Review | My Name is Khan: Khan is as Khan does 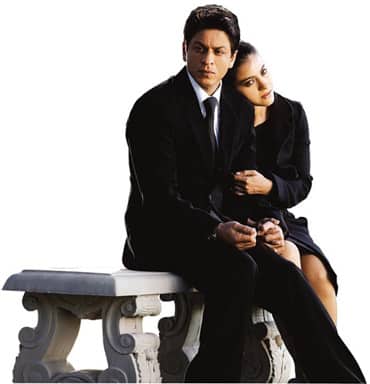 Something different: Rizvan (Khan) and Mandira’s (Kajol) romantic world is handled with the right degree of restraint.

Johar’s latest, My Name is Khan, with Shah Rukh Khan in the lead role, is a distinct departure—and not entirely for the better.

There’s enough unnecessary hoopla about the film already and much of the story is already public knowledge (the promotional trailers give away even crucial plot points). SRK plays Rizwan Khan ( the ‘kh’ pronounced from the epiglotus, we’re repeatedly reminded), who suffers from Asperger’s syndrome, a kind of autism that enables a person to register an overload of factual information but incapacitates him to receive certain kinds of external stimuli. He can’t perceive unexpressed emotion.

The story revolves around him, his wife Mandira and her son before and after the World Trade Center attacks. Prejudice, loss, anger and hope define the altered American reality and the family becomes an easy victim of racial profiling. For reasons convincing enough only for him, Rizwan takes off on a road journey from San Francisco to Washington D.C, to meet the American president.

Johar’s ambition is obvious. It is not just a love story, the return of the Shah Rukh-Kajol duo. Racial profiling, violence and prejudice against Muslims are subjects charged with political meanings and public sentiments. They are not fool-proof, formulaic subjects that can assure for box office success, but those that are not explored enough. Especially when the vehicle is a star as popular as Khan, the message immediately becomes important. With three commercially unsuccessful films behind him, Johar, for the first time, takes a real risk. Which filmmaker, with some gumption and vision, hasn’t? There is not much good writing here. Some of the dialogues by Niranjan Iyengar are shockingly banal, and the screenplay by Shibani Bathija is such that all the smaller characters exist only to facilitate the way the two leads progress. In most situations they appear only so that Rizwan says, does or feels something. It’s in a sense a film without characters, besides the hero and the heroine. Obviously, Johar is still far too besotted by Khan and Kajol to consider screenplay the king.

The script has some other glaring flaws. The first half has momentum, and some good scenes. Rizwan’s character is established and the romance develops. Johar has become better in directing emotions—with the right degree restraint, some of the scenes warm you up to the world of Rizwan and Mandira unfolding in pretty, blue-tinged San Francisco. The second half, while Rizwan is on the momentous journey across American superhighways and swathes of bare fields, plummets the pace and the film gets confused and chaotic. Rizwan visits an African-American family, gets involved in rescuing people devastated by a hurricane, is imprisoned, gets the media talking—the way to the climax is big and meandering.

Technically, like all Johar’s films, My Name is Khan has finesse. The cinematography by Ravi K. Chandran is postcard pretty—in some scenes, the perfectly beautiful, laboriously-lit visuals distracted me from what the character was doing or saying. The real star of the film is Kajol. She has returned to the screen after years, but she is in unputdownable form. In the role of a woman in her 30s, a mother and entrepreneur, she is natural. In the first half, the laboured, shrill chirpiness is a tad annoying, but in the second half, she is effortless. I will particularly remember the scene where she breaks down after being confronted with the biggest loss of her life. The camera stays on her, and she pulls the scene off with amazing control.

The two hours and 40 minutes of My Name is Khan is boring and riveting in turns. But the message itself, unequivocally for peace and love, is also its emotional centre. It’s worth your time.

My Name is Khan released in theatres on Friday.