To commemorate the UN International Mountain Day, we show our love for the Himalaya and its precious freshwater resources that sustains South Asia.

When International Mountain Day (IMD) was designated by the UN General Assembly in 2003, the spectre of climate change hadn’t yet permeated into public consciousness. That would come three years later with the documentary An Inconvenient Truth.Subsequent reports of retreating glaciers, insufficient rainfall, drying springs and forest fires pushed mountains into the forefront of climate change debates. While these factors are true for mountain ranges around the world, each of these issues present a clear and present danger in the Himalaya. Probably the biggest threat is that of freshwater. The Himalaya, the Karakoram and the Hindu Kush ranges, which together make up the larger Hindu Kush Himalaya (HKH) system, shape the flow and health of three vital river systems of South Asia—the Indus, the Brahmaputra and the Ganga—while also contributing to the Irrawaddy and Yangtze river basins. With erratic snowfall, unpredictable monsoons and gradual drying of mountain streams, climate change will affect some 210 million people living in High Mountain Asia (HMA) and a further 1.3 billion people downstream, according to a 2017 paper in Nature titled Asia’s Glaciers Are A Regionally Important Buffer Against Drought, by Cambridge University glaciologist Hamish D. Pritchard. The theme this year for the IMD, which falls on 11 December, is “Mountains Matter", with the Food and Agriculture Organization (FAO) of the UN, under the jurisdiction of which the IMD falls, focusing on a number of factors that require urgent attention. These include preserving freshwater sources (according to the FAO, mountains supply between 60-80% of the world’s freshwater), reducing disaster events like landslides and avalanches, preserving biodiversity as well as agricultural diversity and safeguarding indigenous mountain cultures. 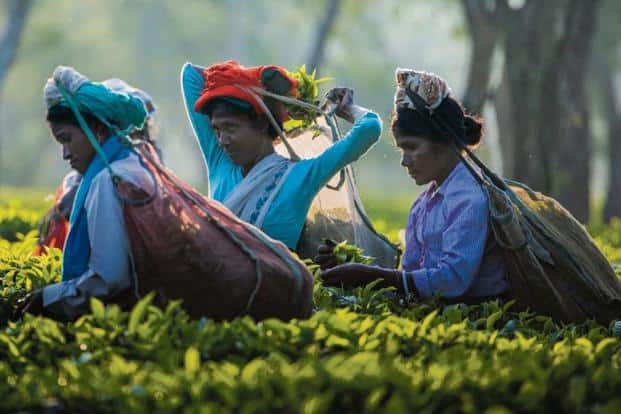 All of these are important issues in the Himalaya, which is made up of a patchwork of ecologically biodiverse zones and a rich variety of indigenous cultures. At Lounge, we use the occasion to showcase the diversity of the range and the various people whose lives depend on the mountains—not just in the range itself, but also downstream along the Indus, Brahmaputra and Gangetic basins. In the end, almost every cultural and ethnic community, stretching from the Kashmir Valley in the north-west to the Brahmaputra valley in Assam in the east, is shaped by the Himalaya. Award-winning photographer Sankar Sridhar has been documenting local communities across the range for over a decade now. We use his images to highlight how precious the Himalaya is, and how imperiled. Himalayan climate change will adversely affect the boatmen of Kashmir’s Dal Lake, tea garden workers in Assam, the Changpa nomads in Ladakhs. These, and other communities, might be separated by vast distances and cultural practices, but ultimately, they’re all children of the Himalaya.