For most office-goers in India, social networks such as Facebook or Twitter are little slices of vice, to be indulged in surreptitiously at work. Yet, if the predictions of a Gartner Inc. report released last month are accurate, in a few years, actions such as updating status and checking on colleagues’ status updates during office hours will not only be allowed, but even expected. 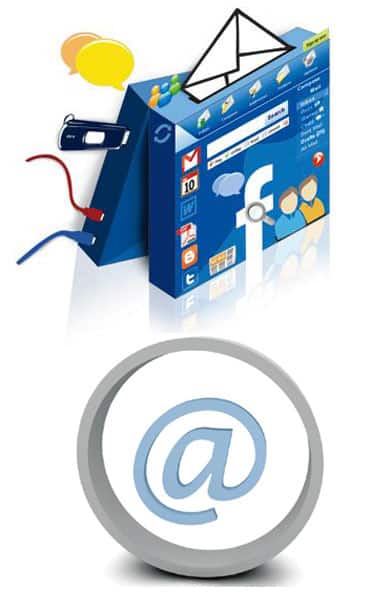 The report, titled Five Social Software Predictions for 2010 and Beyond, states in one of its predictions: “By 2014, social networking services will replace email as the primary vehicle for interpersonal communications for 20% of business users," and envisages that “social networking will prove to be more effective than email for certain business activities such as status updates and expertise location" and the “rigid distinction between email and social networks will erode".

Features from social networking sites, in fact, are already being used by a number of companies such as Tata Consultancy Services Ltd (TCS) for inter-office communication. “TCS has been using a social networking system that augments email for a while now," says Krish Ashok, head of the TCS’ Web 2.0 Innovation Labs. Among the in-house platform benefits, he says, is that it has surreptitiously generated a list of hitherto unknown experts bottom-up. “Almost 70% of all knowledge within an organization is tacit and is only applied when deemed necessary, which becomes a problem in large organizations. With an open social network, conversations are out in the open. So the chances of serendipitously finding an expert through a microblogging ‘Twitter’-style network is much higher than if you were to depend on email," he says.

Bangalore-based MindTree Ltd is another company that uses social networking tools for inter-office communication. In an email to Mint, MindTree’s vice-president and chief knowledge officer Raj Datta says his organization already uses “several alternatives to email", such as discussion forums, wikis, blogs and social bookmarking tools. “There is a fair amount of change that happens during the course of any team’s work, and collaborative tools not only make it easy to connect, they also build social memory. This memory becomes very important when trying to understand why certain key decisions got made or the specific trajectory a team has taken in handling issues, risks, clarifications, etc.," says Datta.

However, according to both Ashok and Dinesh Tantri, head of knowledge strategy of the global IT consultancy Thoughtworks, these methods have been adopted primarily within the IT sector. “The Gartner prediction needs to be taken with a pinch of salt," says Ashok, who plays a key role in the design and deployment of social platforms for TCS. He says that while “many Indian companies are more cognizant of Web 2.0 tools, people are still culturally used to email".

Diptarup Chakraborti, principal research analyst at Gartner India, disagrees. “I don’t see why this prediction should not apply to India," he says. According to Chakraborti, many small- and medium-size companies are already amenable to the idea of using social networking sites for communication purposes. And, he says, given the rate at which Indians are adopting and using online media, 2014 is a fairly reasonable time frame.

Perhaps, says Tantri, “the mistake that Gartner has made is that it has put more emphasis on the tool itself when essentially what this is about is a new way of working—a new style of management. You probably wouldn’t see this kind of technology being used in a pharmaceutical company, for instance."

This is echoed by Sahil Parikh, founder and chief executive officer of DeskAway, a SaaS (software as a service) collaboration application that enables small businesses and teams to organize, manage and track their work online. “It is mostly smaller, Web-savvy agencies and companies who have incorporated collaboration tools like DeskAway within their organizations to manage workflow, communication and track work. For larger companies and non-Web-savvy businesses, the change will happen at a slower pace since all team members would need to buy into the value proposition," he says.

Companies in other (non-IT) sectors that use corporate email solutions such as IBM’s Lotus Notes and Microsoft’s Outlook may soon have social networking/email hybrid technologies thrust upon them. Both IBM and Microsoft have announced that they will be launching new versions of their email packages later this year and pre-launch demonstrations of both products show the incorporation of social media features such as the ability to put in “status updates" and “add friends". Furthermore, Microsoft’s Office 2010 package, also to be launched later this year, will for the first time have free online versions of its Word, Excel and other software solutions and enable online editing and collaboration. In addition to this, the introduction of programs such as Google Buzz into Gmail should also help people get accustomed to having their email and social networking activities in the same place.

“The change will really come when India’s first truly digital generation (a generation that grew up with the Internet and cannot imagine life without it) ascends to mid- and senior-level positions," says Ashok. He says that while this “digital generation" entered the workforce in the US and Europe around 2007, in India this will only happen by 2011 or 2012. “As of now, most Indian management professionals still think of social networks as being a fad," he says.

Parikh agrees. “As the younger generation joins the workforce, they will demand that their software is easy to use, simple and online—just like their social networks are," he says. It is then that we will see a significant change in the way we communicate.

• Email is better for one-to-one communication—or within a small group. Social networking systems are better for projects involving a larger group of people since it is easier to share information and provide access to information and documents —especially in geographically dispersed companies. Also, this makes it easy to track changes within a certain project.

• Social media networks, due to their public nature, allow more people to come forward and share ideas, dislodging notions of who is an “expert" in a particular field and who is not. This, in addition to changing notions relating to promotions, pay rises, etc., gives a company access to a much wider pool of resources.

• Features such as Instant Messaging (IM) are useful when certain issues are at flash point and quick answers are needed to address queries. Email may not be checked instantly, but IM can be—and be responded to instantly.

• Group chat can easily serve as a means of facilitating group discussion, or an expert discussion on a particular topic.