How to choose a worthy cause

How to choose a worthy cause

In the last decade, as Indian philanthropy has developed beyond straightforward charitable giving to a local temple or school, and spread into a vast network of donors, philanthropic foundations, corporate programmes and causes, the question of how to choose a worthy cause and whether to trust that your money will be well spent has become pressing.

India has over 3.3 million non-governmental organizations (NGOs), according to a 2010 government study, but accurate figures are hard to gauge, given that there is no central authority holding information related to philanthropy or charities. But fewer than 500 have been able to manage enough scale to be “effective" (more than $100,000, or around ₹ 49 lakh, in income), a 2010 Bain & Co. study found. 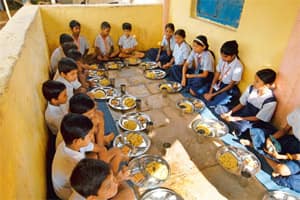 The right one: Is your money being used for the cause you support? Abhijit Bhatlekar/Mint

Organizations such as GiveIndia, Credibility Alliance and CAF India offer to vet NGOs on behalf of the giver and point philanthropists in directions they might not otherwise have considered.

They exist in a variety of forms. GiveIndia (www.giveindia.org/) has a large online platform which offers more than 200 choices of certified organizations across fields, including disability, education and helping the elderly. “We ensure that at least 90% of your contribution reaches the organization you support (as against the average of 60% for the NGO sector)," says the website. GiveIndia’s CEO Dhaval Udani says that assuaging givers’ fears is important. “These are the fears we see: Is the money really going to go where they are saying it’s going to go? Will it go to the beneficiaries or be spent in administration costs?" he says.

For the first-time giver (or even the established one), the cluttered field of NGOs can be overwhelming. Online portals such as GiveIndia or the year-old facilitating organization Samhita (www.samhita.org/) are good at weeding out the less effective or untrustworthy ones. Samhita, which was set up by the Nadathur Group, a private investment firm established by N.S. Raghavan of Infosys Technologies, presents its chosen charities in terms of specific programmes or achievable tasks in “units" that the giver can pay for. One unit of ₹ 600 could provide a tribal child with a set of clothes, while a unit of ₹ 10,000 will provide a rickshaw designed by the Indian Institute of Technology (IIT), New Delhi, for slum residents of Paharganj and Sadar Bazar, in Delhi.

A ticker counts down how many units per project are still needed. If a giver is feeling particularly generous, he or she can always buy the lot. “Donors care more about the simple details," says Priya Naik, CEO, Samhita. “Otherwise they might feel like their ₹ 500 doesn’t lead to anything, which is why we came to this project-level model."

Amita Puri, CEO of CAF India (www.cafindia.org/) that has been working in the country for more than 10 years, says the vetting process has to be carefully designed. CAF signs a memorandum of understanding with the chosen NGO on the allotment of a grant, specifying what the NGO will do, what the time frame is and asking for quarterly reports and details of spending. There are certain conditions. “It shouldn’t be a political organization," she says. “There shouldn’t be more than two people who are related to each other on the organization side, and it should have community involvement." CAF India representatives also do checks in the field.

Naik says Samhita is suspicious of some aspects of the vetting process employed by other organizations. “Most ask for legal documentation, but documents can be faked, so we weren’t comfortable starting there. Even if one goes to field, the NGOs tend to put a show on for you. So we speak to five people who know the NGO intimately and don’t have a vested interest in lying to us. We ask them to give five references, just like a university application." Even here, there are problems. Says Naik: “There were times when all references would be employees, or were donors who have said they don’t know where the funds are going."

Nevertheless, most facilitating organizations agree that through a combination of factors it is possible to get an accurate picture of how an NGO is working and to ensure that the money is being spent properly.