Can this big screen budget smartphone really give Xiaomi the numbers in India? The answer is yes Xiaomi claims some of the phones in the Redmi Note series have been their most successful phones in India. However, market share numbers suggest otherwise (Read more here, with the likes of Lenovo, Lava and Intex consistently ahead of Xiaomi. 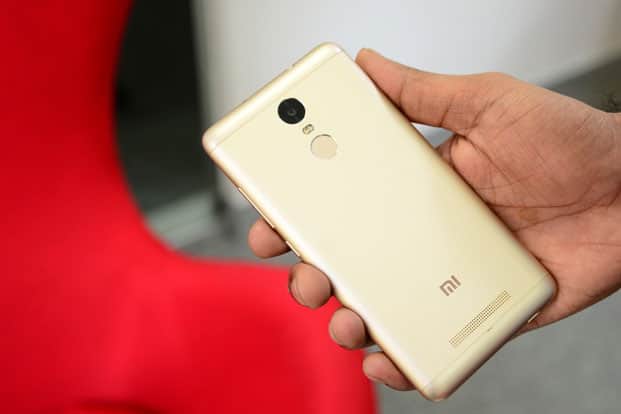 The phone’s full-metal exterior lends it a solid feel, and it looks expensive too. The curved edges are really useful in making this big phone easy to hold and use. The bezels to the right and left of the screen are very minimal as well, which keeps the size in check. At 164 g and 8.7 mm, the Redmi Note 3 is lighter and sleeker than many rivals.

Flip it over, and there is a finger-print scanner at the back. We found it to be very accurate and responsive, when it comes to unlocking the phone instantly. It can also be used as a shutter button for clicking pictures and in this mode, it would work with all fingers and not just the one that its been configured with for security. 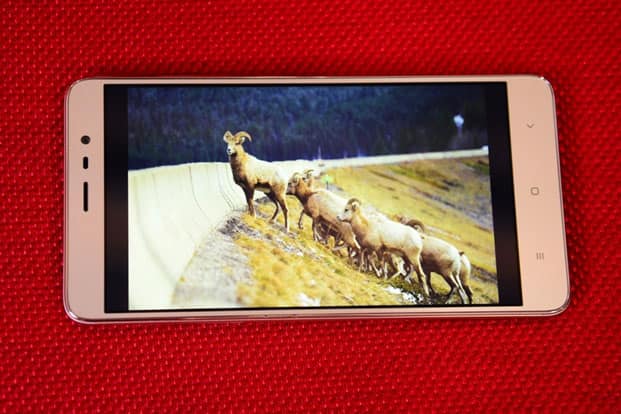 The 5.5-inch full HD (1920x1080p) display is rather good-looking and reproduces bright colours. Xiaomi is using what it calls the Sunlit Display, which auto-adjusts contrast levels in each pixel in the display so that the fluctuations in ambient light, especially when you are moving from an indoor to outdoors, are handled quicker and without any jarring brightness level changes. The other benefit of this is that by tweaking the lighting of individual pixels, there is less battery consumption, which should benefit just about everyone. The other interesting feature in the display is the reading mode which changes the tint of the screen so the blue light, which is high in low light, won’t hurt your eyes. 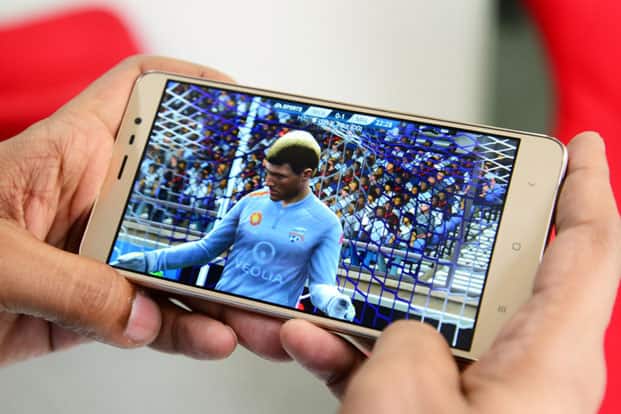 Performance: New processor, first to use it

The Redmi Note 3 is the first phone in India to run Qualcomm’s latest Snapdragon 650 hexa-core processor, and has paired that with 3GB of RAM and the Adreno 510 graphics. The powerful troika is not found in any other budget smartphones in the market at present. Multi-tasking, which is not always the strong point of affordable Xiaomi smartphones because of the resource intensive MIUI, works very smoothly in the Redmi Note 3. We did not notice any sluggishness or heating up on the back during FIFA 16 and Need For Speed: No Limits gameplay. All in all, this phone does well under fairly heavy usage, and will not struggle even if you open and leave 7-8 apps running in the background.

Powered by a 4,000mAH battery, the Redmi Note 3 easily lasts over a day and half on a single charge. This is genuinely impressive, and significantly better than any of the big screen budget smartphones as yet.

This is the first Xiaomi phone in India which runs Android 5.1 out of the box. The last phone from Xiaomi was the Redmi Note Prime and that ran Android 4.4. The Redmi Note 3 gets Xiaomi’s custom MIUI interface, and it still looks very funky while also offering a bunch of cool new features. There is a Child Mode that restricts access to certain apps and games while keeping the rest of the phone locked away. You can hide files which can be accessed only through fingerprint verification. There is a new Mover app, which allows users to transfer all files from an old phone to the Redmi Note 3 easily—this is very similar to Motorola’s Migrate and HTC’s Transfer apps, for example, which make switching between phones or upgrading from an old to a new smartphone much simpler. Camera: It all depends on the lighting

The Redmi Note 3 comes with a 16-megapixel camera with dual LED flash. If you are clicking in good light, the photo quality is quite good, with a lot of sharpness, detailing and vivid colours getting reproduced. The camera is fast and locks focus without any delay. There is a mode called Gradient which saves a shot vertically irrespective of the angle from which the picture was clicked. The Tilt Shift mode blurs objects on the sides and increases focus on the subject. The Beautify mode can clear up the skin of the person in a photograph. The low-light results from this camera are a tad inconsistent. If you have a really stable hand, you’ll be able to get crisp and clear photos even when the lighting isn’t perfect. However, fast moving objects or unstable hands will result in perhaps blurry results from time to time. The 5-megapixel front camera is good and wide enough for group selfies.

The Redmi Note 3 is a budget smartphone that successfully manages to not just get the basics right but offers some high-end features at a very affordable price. The phone’s closest competition is the LeEco 1s ( ₹ 10,199) which offers full metal finish, a brilliant design, a great display, good camera, flawless performance and also the future-ready USB Type-C port.