Reactions: Writing on the walls

Reactions: Writing on the walls

The UK’s midsummer pincer movement of events—the Queen’s Jubilee and the upcoming Olympics—is meant to capture as much of the world’s attention as possible, in an aggressive and enveloping charm offensive. We may not care for sport, or hate monarchy on principle. But so what? Britain in general, and London in particular, would like us to suppose that this is a season of global inclusivity, and there will be something there for everyone. If Zhang Yimou’s stunning opening ceremony for Beijing 2008 was a state-sponsored announcement of China’s claim to global supremacy, then the Olympics, and their associated cultural blossoming, are meant to remind us that—to quote the tourism campaign festooning urban India’s billboards this year—Britain is great. 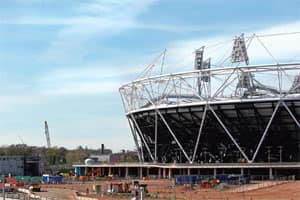 But an alternate history of the Olympics has already developed in the British literature and journalism reacting to the Games and their transformation of London. In truth, London 2012 will be remembered not for its co-opted Shakespeare, but for the enraged ghost of William Blake, invoked by some of the city’s finest writers. For all that Boyle’s opening ceremony reportedly evokes the utopian imagery of Blake’s Jerusalem (“And did those feet in ancient time/Walk upon England’s mountains green"), a literature of resistance uses the Olympics to reflect upon and criticize the lopsided vision of development which drives London’s growth today.

No single writer has done more to criticize the Olympics and its colonization of East London than Iain Sinclair, London’s flâneur-in-chief and the man described by fellow author Robert McFarlane as a figure who has gone, since the publication of his bookLights Out For the Territory, from “cult author to national treasure". His 2011 book, Ghost Milk: Calling Time on the Grand Project, is remarkable for its long-form critique of “Grand Projects" of civic improvement, prescribed top-down by governments and corporate sponsors, which has taken over big cities around the world, but which in London is epitomized by the Olympic redevelopment.

Construction cranes dominate the skyline near the site of the London 2012 Olympics in the East London borough of Stratford. Photo by Scott Barbour/Getty Images.

To Sinclair, the Olympic project is divorced from urban realities, callous about ecology and policed by middle-class paranoia. His critique of the landscape’s reshaping, and its wanton destruction of the heritage of working-class districts, is big-picture political criticism, but also deeply, poetically personal.

Sinclair’s authorial eye has always been both meticulous and all-consuming, the voice deep and relentless, devoted totally to the wilderness of London. In the Olympics, as author Hari Kunzru says via email: “Iain Sinclair has found his nemesis. It’s like Holmes and Moriarty, tussling at the Reichenbach Falls."

“I was sceptical," Kunzru says via email, of his reaction to the Olympic bid, and how it modified itself over the years. Now, he says: “I think I’ve understood the scale of the forces at work. The Olympics is a juggernaut. It’s also the big ‘bread and circuses’ moment for the Conservative government. They’ve had two shots—the Jubilee and now the Olympics—at lightening the national mood. A successful Olympics will offset the post-millennial sense that (as the Sex Pistols sang at the time of the 1977 jubilee) ‘there is no future in England’s dreaming’."

“I think ‘cosmetic’ changes are not unimportant," says author China Mieville. “We’re talking about a huge reconfiguration of the social demographic of areas of East London. A project of social cleansing."

Mieville is currently one of London’s most remarkable chroniclers, pulling the city upside down and inside out to tell fantastic tales of it in speculative-fiction novels like King Rat and Un Lun Dun. His own essay chronicling London’s moment of transformation, commissioned by The New York Times for their London Special earlier this year, is available to view as a long project combining photos, reportage and reflection at Londonsoverthrow.org.

Mieville’s journalism focuses not directly on the Games, but on the larger uncertainties of a London where austerity rhetoric goes hand-in-hand with extravagance, and the Occupy protests form a precarious but beautiful and vibrant counterpoint to the Olympian voices of the powerful. He quotes a young rioter involved in last year’s violence, who tells researchers, “(B)ecause you want to host the Olympics, yeah…so your country can look better and be there, we should suffer." But, Mieville reminds us, “This is a city where buoyed-up audiences yell advice to young boxers in Bethnal Green’s York Hall, where tidal crowds of football fans commune in scabrous chants, where fans adopt local heroes to receive those Olympic cheers. It’s not sport that troubles those troubled by the city’s priorities."

The cover of the Granta issue on Britain.

If Sinclair looks cataclysm in the eye when he writes about the Olympics, Mieville’s great London essay proceeds from a vision of the city’s apocalypse: not as a single final conflagration, but a series of perpetual crises.

Modern Olympic experiments have left us with a series of city-scale disasters, both in memories and monuments: the moss-overgrown stadiums of Athens, the deaths of workers in Beijing. There has been, and will be, plenty of celebratory journalism about July’s jamboree, but works like Mieville, Kunzru and Sinclair’s will stand in a tradition of anarchic British journalism, reminding readers of the fact that they have taken place, contrary to the hype, in a dark time. To readers in other growing cities, with undreamt-of tournaments lying in wait in an unseen future, they may also occasion the question: Can there ever be a fairer, more just Olympics than the ones we have already seen staged in this century?

“I think the ideals of the Games have parted company with the ideology of the Games, and those ideals now mask an entity that is highly profitable, rapacious and has the potential to leave a mess in its wake," Kunzru says. “I’m interested in the idea that the Olympics is supposed to be a zone of autonomy, representing the highest aspirations of humanity. Instead it’s like a massive global corporate full moon beach party, that’s going to run for a whole summer and then leave the locals to clean up the mess."