Film Review | The tree of life

Film Review | The tree of life

Director Terrence Malick is notoriously reclusive and known to immerse himself in a story for years before the film fructifies. He’s a master of visuals which are meant to work on a viewer viscerally rather than appeal directly to the senses even in his most linear stories—one example is The Thin Red Line, a film set in World War II which lost out to Steven Spielberg’s Saving Private Ryan at the 1998 Oscars in the Best Picture category. And recently, Malick has been in the news after The Tree of Life, his latest film, won the Palme d’Or at this year’s Cannes film festival. 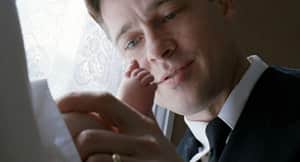 The Tree of Life: Brad Pitt

The tree of life, a many-branched tree illustrating the idea that all life on earth is related, is a mythological and philosophical construct. It was a premise for James Cameron’s futuristic saga Avatar. Malick’s narrator in the film, an extension of his protagonist Jack (Sean Penn), evokes distinctly Christian ideas of “God" and “grace", but The Tree of Life is not a film about religion.

What defines it is its form. Long sequences of spectacular, fearsome nature punctuate the story of Jack’s childhood in the 1950s with his father Mr O’Brien (Brad Pitt), a chauvinistic working-class man, his mother Mrs O’Brien (Jessica Chastain), a “naive", flower-generation mom, and his two younger brothers. We first meet Jack as an adult, in an American city, more specifically, inside a monumental skyscraper which houses his office. He appears at a loss as he remembers his childhood.

In the way it progresses, from scene to scene, the film has no linearity or logic. The only thread that holds it together is Jack’s reliving of the loss of his brother. Malick suggests this loss is part of a grand scheme of the cosmos and that Jack’s life is in some way connected to underwater creatures and prehistoric reptiles. It is a dense, philosophical idea, and Malick chooses a textbook surreal idiom to communicate it.

The Tree of Life can be baffling and frustrating. Which truth do you want, Malick seems to ask you. It’s best to go unprepared to get the most out of The Tree of Life. Like all great works of art, it will ensure your participation.

The Tree of Life released in theatres in Mumbai, Delhi and Bangalore on Friday.