It’s hard to recover from a setback like the rough cut of your film being leaked on the Internet. Director Sudhir Mishra has moved on from that shock to complete the film, Tera Kya Hoga Johny, which, he says, is about Mumbai’s magic and hope.

You have said Mumbai is your muse. How does that reflect in ‘Tera Kya Hoga Johny’? 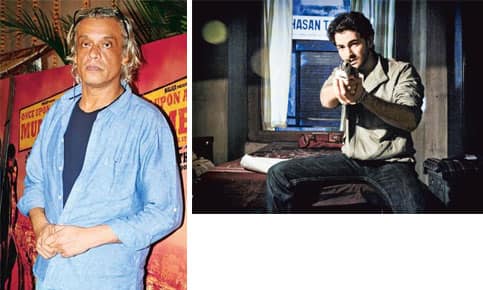 Earlier this year, your film was leaked on the Internet. How did you react?

Of course, I felt bad, hurt and betrayed. It was the rough cut without sound or any references. That is not the film. What was leaked is not half the cut. I had not even sat on the edit then and I still had some portions left to shoot. We did register a case but unfortunately, the system is too slow. At least they should have been able to find the server from where it was uploaded and reach that place, but films are no priority for the authorities. You do become paranoid which is why so many directors have started editing in their homes. And only one DVD is made to be sent out which will have a huge watermark across the image. It will affect the impact, but you have to protect your work.

You have also shot another film, ‘Yeh Saali Zindagi’.

It has been co-produced by Prakash Jha and will release in February. It is the happiest film I have made so far. It’s on the dangers of love; in fact, it’s a love story with a romance you’ve never seen before between Irrfan Khan and Chitrangda Singh.

What else are you working on?

After Farhan Akhtar finishes Don 2, we will start Dhruv which is produced by Excel Entertainment and stars Farhan and Kareena Kapoor. I am also making another film for Prakash Jha set against a corporate background on the inability of men to handle women in their space. I enjoy the interaction with Prakash. He has skill, talent and objectivity and tells you if something is working or not. If we contribute to each other’s work, it will work better. We used to have that kind of interaction earlier between Kundan (Shah), Vinod (Chopra), Ketan (Mehta) and Shekhar (Kapur). We used to listen to each other’s scripts, but now everyone is busy with individual work.

What parameters do you apply when casting a film?

I go by instinct. I think Neil is a great actor who does not obstruct the viewer from seeing the story. He allows the scene to speak for itself and does not say “look at me". Sometimes when an actor walks in for an audition, the character steps out of the script and walks to the actor. I’m the medium for that. I think of a story; it demands characters and characters demand actors. I saw that happen with Chitrangda in Hazaaron Khwaishein Aisi and with Murad Ali in Is Raat ki Subah Nahin. Going ahead, I would give my right arm to work with Aamir Khan, Saif Ali Khan and Abhishek Bachchan.