Now you can have your art and eat it too. Surely, some of us at some point have wondered how Piet Mondrian’s work, comprising simple, straight lines and primary colours, would manifest itself on our tongues. And if not, Freeman’s book will reveal the mystery with her delectable recipes for cakes, cookies and treats based on iconic works by artists such as Andy Warhol, Henri Matisse and Jeff Koons. With its artistic appeal and culinary ambition, it will whet your appetite in more senses than one. 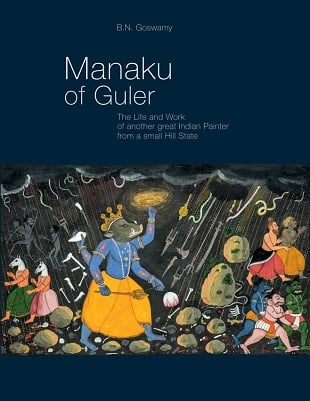 Famous siblings can be a problem. Manaku has languished in obscurity for long, in the shadow of his more famous brother Nainsukh of Guler, considered a stalwart of Pahari painting. Though a minority school of thought still maintains Manaku didn’t exist, this magisterial book by B.N. Goswamy, India’s foremost art historian, with lucid entries on his works combined with breathtaking pictures of his art, is immensely moving. This book is considered to be one of the most accessible introductions to the history of visual arts. Till date, it has been translated into 30 languages and sold more than eight million copies. In 27 chapters, Gombrich guides the reader through the sweep of art history, from prehistoric to modern times. This cloth-bound luxury edition with its own jacket case is a joy to the eye. The 88-year-old Japanese artist, Yayoi Kusama, is as close as one can get to being called a legend while alive. Her trademark psychedelic artworks (think Infinity Mirror Rooms) have acquired the quality of instant recognition. Shipping from 30 October and available for pre-order, this updated monograph is richly illustrated and serves as an unparalleled guide to the work of one of the most eccentric artists alive.

In this deeply engaging book, McAleer tells the story of the East India Company through pictures. William Hodges, whose work features extensively in the book, was one of the first English artists to come to India and capture its diverse landscape. Among those who followed in his footsteps was the uncle-nephew duo of Thomas and William Daniell, who produced some of the most celebrated works of that period. Using the British Library’s rich archives, McAleer explores the connection between pictures, power and empire. The result is a fascinating account of a major period in Indian history through a visual lens.