Home > mint-lounge > And a father is born

And a father is born

And a father is born

Excerpt | Dad’s the Word: The Perils and Pleasures of Fatherhood

As part of her English composition exercise, Oishi is required to write stories. Each assignment specifies—in the tradition of the best of genre fiction—whether she should write a ‘funny’ or ‘scary’ or ‘adventure’ story. 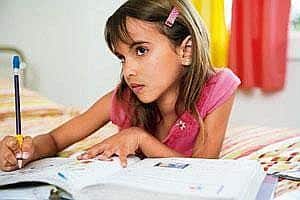 Fixed frame: Should creative writing be a time-bound exercise?

For the most part, she also—and this is in the tradition of most writers, especially those with day jobs (including Philip Larkin, Wallace Stevens, Anton Chekhov and Franz Kafka)—writes rather slowly.

So on a Saturday morning, Oishi was laboring over a scary story. Or, there she was at any rate, more wandering around the room than sitting at her desk, looking out of the window with fierce concentration, with a story that was meant to be scary barely begun. (Imagine how intimidating this can be: You are condemned to write a story of a certain kind. It had better be scary.)

“Why are you taking so long?" Chandrani asked her, predictable and familiar overtones of sinister inquiry in his voice.

“Look, it’s a story. Vikram Seth would take a day for a couple of sentences."

“She doesn’t have all day. And she’s not writing what Vikram Seth would," my wife said, predictable and familiar overtones of scornful disgust in her voice. “I’d like to see the story in half an hour," she said, and, with an ungentle elbow, made sure that I left the room.

The story did get done in half an hour. (Which might—or might not—go to show that a writer with a day job—or one without one—needn’t always write as slowly as he does.) And it turned out quite well, I thought. It had a well-paced plot: dramatic beginning, meeting with ghost, fright, and adequately feel-good ending when the ghost turns out to be not as malevolent as initially imagined.

But—in the tradition of much fiction—it had its flaws. The inverted vowels in a particular word; a misplaced apostrophe; and, in presumably the hurry to finish in half an hour, a rudimentary error or two.

I was tempted to give it the praise it deserved. Yet, I wanted, too, to point out the mistakes. If I did, the praise would be forgotten, I knew; I would be seen to be a quibbler.

But it isn’t merely quibbling. It’s a wish, I think, to pre-empt dispraise from others; an attempt to protect her from someone else saying something cruel or rude.

John Updike puts the paternal anxiety, this combination of protectiveness and possessiveness, very well in his almost-forgotten classic, Of the Farm: “Nothing is more surprising in children than the way…they give us the courage we need to defend them."

Soumya Bhattacharya is the editor of Hindustan Times, Mumbai.