Home / Mint-lounge / Is yoga the magic bullet?
Back
Share Via

Is yoga the magic bullet?

Is yoga the magic bullet?

Poorly managed stress plays a key role in the development of lifestyle diseases, including major depression, heart disease, diabetes and hypertension. Lifestyle diseases are seeing a steep rising curve in both urban and rural India. 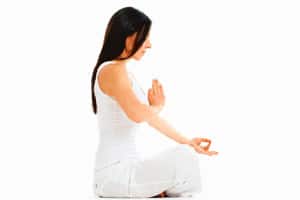 Do it right: Even simple postures are beneficial as long as they are practised correctly and regularly.

The question is, can yoga help prevent lifestyle diseases and reduce the symptoms of these diseases?

Modern medicine is slowly unravelling the truths of this ancient science. C.S.M. Chong and colleagues at the department of rehabilitation sciences, Hong Kong Polytechnic University, reviewed all the medical research published on yoga and stress management and published their findings in the Alternative Therapies in Health and Medicine in January. They found that though there were few studies, an analysis of these showed yoga did help manage stress. Paranjape agrees with Chong’s findings, saying: “Though today’s practice of yoga emphasizes the physical aspect of yogic science and ignores the spiritual, the physical practice of yoga can increase our stress threshold and therefore aid in preventing and managing lifestyle diseases. Also, the yoga postures that are performed do not need to be elaborate or complex to be beneficial. Even simple postures are beneficial as long as they are practised and performed correctly." S.B. Khalsa and colleagues at the Harvard Medical School conducted a study to see if adolescents could benefit from the mood-elevating effects of yoga. The study was published in the Journal of Behavioural Health Services Research in June. Students were assigned to regular physical education classes or a yoga class for 11 weeks during a semester. They completed a questionnaire regarding anger, fatigue, anxiety and perceived stress before and after the 11 weeks. The study found that children who completed 11 weeks of yoga were better off at controlling anger and reported less fatigue than those who underwent physical education but no yoga.

Another mood-related study performed by K. Yoshihara and colleagues at Kyushu University, Fukuoka, Japan, examined the effects of long-term practice of yoga on mood. The study results were published in the journal Psychosocial Medicine in June. Thirty-seven healthy women who had been doing yoga regularly for two years were compared with 37 age-matched, healthy women who had not done yoga. Both groups were made to fill out questionnaires regarding mood, anger, anxiety and fatigue levels. The study found the women who had done yoga regularly for two years reported better overall mood, less anger, less anxiety and less fatigue.

Anjali Chhabria of Mind Temple, a counselling centre in Mumbai, believes that these findings are consistent with what she sees in her practice. Yoga, she says, is an excellent lifestyle change that can help in mood elevation and in the prevention of major depression. She finds that it also aids in treatment of depression when patient recovery is at about 60%, because it’s hard for patients to do any work on their own until they feel a little better. She cautions, however, that yoga does not work as a stand-alone therapy; it must be used in conjunction with psychiatric therapy to be effective. Arpita Anand, a clinical psychologist based in Goa, also finds that yoga can help in mood elevation but for that the patient should “buy-in" to the philosophy of yoga and not feel coerced to do it.

The backbone of the argument

Spinal cord health is key to our overall health and the practice of yoga asanas helps maintain this, says Paranjape.

Sujata Vaidya, a holistic health practitioner at Sharp Health Care, Pune, says that since the spine is conditioned with yoga, and is the communication channel for the brain with the rest of the organs and limbs, the practice of yoga allows for improved communication between the brain and the rest of the body. Regular practice of yoga has a positive impact on cellular functioning within organs by allowing the cells to detoxify and obtain the nutrition that they need since the blood and lymph is flowing around them more efficiently. This effect of yoga at the minute level of the cell allows the body as a whole to function more efficiently and smoothly. Even practising yoga for a couple of days every week is beneficial for your body and mind, she says.

However, yoga should be taught one-on-one; incorrect yogic postures are fairly common in a yoga class where the teacher cannot simultaneously correct the posture of each student. To counteract any negative effects of yoga done incorrectly, Paranjape counsels that a series of three Surya Namaskars should be done at the end of every yoga class.