All of 24, Shivangi Sharma is already four jobs old. This English (Honours) graduate from Gurgaon graduated in 2008 and immediately began looking for a job. When her initial efforts failed, she approached a temporary (temp) jobs provider. Sharma soon landed a three-month contract job; once that ended, she accepted a better offer at Honda Motorcycle and Scooter India Pvt. Ltd, again through a site that offers temp jobs. “I had an administration-based profile at Honda and was working under a one-year contract. And although I never expected them to extend my contract, they did," she beams. “I ended up working there for almost two-and-a-half years: a great boost for my career."

Sharma is now a month-and-a-half into her contract with Ericsson, which she got through Leaseforcee Staffing India, her temp job provider. While she works at Ericsson, she remains a Leaseforcee employee. 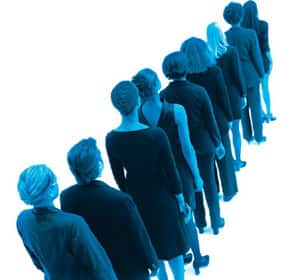 Just a stepping stone: In India and elsewhere, it is tough to convince people to take up temp jobs.

The very idea of temp jobs grew out of a disaster. As the world economy struggled to recover from World War II, a certain William Russell Kelly in the US began recruiting people to provide companies with additional support in all sorts of jobs. His band of recruits, called Kelly Girls, soon began filling positions that required immediate hiring. That’s how Kelly Services and the temp jobs industry began, in 1946. Kelly Services entered India in 2001 and now has over 20,000 associates on its rolls.

“Globally, people are pretty used to working in 10 or more different jobs or companies in their career," says Rajesh Rathnam, group manager, TeamLease Services Pvt. Ltd. “In India, temp jobs are generally taken up in the initial stages of a career, as a sort of jumping board to better, more secure job opportunities."

The industry is still at a nascent stage in India, say Rathnam and Kamal Karanth, managing director, Kelly Services India Pvt. Ltd. Rathnam says the industry is worth around $300 billion (around ₹ 14 trillion) globally, and around $4 billion in India. A 2006 statement from TeamLease, which provides both permanent and temporary staffing solutions, put the number of those employed by the industry at the time at one million. In India, the sector is concentrated largely in the IT, BPO and banking industries. Companies usually try to outsource only non-core services (jobs of data operators, receptionists and back-office services, etc.).

TeamLease first began offering temp job services in 2002. Today, it has over 75,000 associates working across the country, and over 1,000 clients. The industry took a severe hit during the global recession—Rathnam says the company lost 20,000-25,000 associates in 2009 and barely managed to survive the crisis. The numbers are growing again.

Manoj Jain, founder of NaukriBoard.com, which focuses exclusively on temporary staffing solutions, expects a significant boom in the sector owing to “companies willing to adopt non-full-time jobs and candidates taking a few more risks". His company has 3,000-plus clients and at least 15,000 registered users.

Founded in 2007, NaukriBoard.com offers a platform where employers and job seekers interact with each other directly—employers post the details of vacancies and project-based jobs; candidates can apply directly. Currently, part-time jobs which may be done from home, freelance application development, programming and the like, are more popular on the website.

“Temp jobs are usually undertaken by people to gain multiple experiences in different spheres, accumulate a varied skill set, and lend more flexibility to their career. Income is the least preferred aspect of these jobs," says Jain, referring here to jobs taken up by the more experienced people who are looking to embellish their resumes.

Karanth explains: “People, whether in India or abroad, take up contract-based jobs only as a stepping stone towards a more permanent job. Here, as elsewhere, one has to work hard to convince anybody to work in a temp job," he says.

Career counsellor Usha Albuquerque draws attention to the skill aspects, which tend to be defined better in other countries. “The company can only take a candidate on if he has an identifiable skill set to show. As far as I know, it’s only the teaching sector— where people come in as substitutes—where temp jobs seem to be working well in India," she says.

The industry believes the current labour and wage laws are hindering growth. “The government needs to spend some time changing and relaxing these laws. Right now, I have to comply with different labour laws in different states across the country, which makes my job infinitely harder," says Karanth. Nebulous labour laws tend to give employers a lot of leeway in terminating contracts, for instance.

“Laws like the provident fund requirement and income-tax regulations don’t have separate categories for temp jobs," says Jain. He says the government needs to recognize the temp jobs industry as a separate entity and provide for sub-clauses in laws.

At the moment, the employer is generally hiring a candidate he hasn’t worked with earlier. So, while the employer is anxious about his project’s success, the candidate is worried about his future with the company. Greater clarity would ensure employers introduce concrete regulations into a temp jobs contract, improving terms, reducing risk and easing employee anxiety.

So, for now, temp jobs remain a springboard to entering the full-time job market. Sharma waxes eloquent about the broader skill set that temp jobs have given her, adding muscle to her resumé and in effect offering her more options to choose from in future.

Yet she too feels the difference. “There are certainly gaps and differences between those employees who are on the rolls and those who are not. The on-the-roll employees look down upon us; one reason why I always wish to be absorbed into the organization at the end of the contract," she says.

“I have come across very few people who are looking for temp jobs. And even if they are, they are only looking at them as something that will get you into a certain sphere. The whole idea in India is still all about looking at the long term," concludes Albuquerque.