'Sultan' is rousing mainstream fare, bolstered by its lead performances

Some 90 minutes into Sultan’s running time comes a short and rather remarkable scene. Sultan (Salman Khan), a former wrestling champion, stands in front of the mirror and stares at his bare top half, once a mass of rippling muscle, now flabby and undefined. Face twisted in disgust, he glares at his reflection until, suddenly, he snaps, grabbing his shirt and trying unsuccessfully to cover up the evidence of his decline. Then, he breaks down. The camera stays with him, just long enough to move past “strong man in agony" and access something a little more uncomfortable.

From an actor who isn’t known for putting himself out there emotionally, this is unexpected stuff. One might assume, both from the roles he takes up and his public persona, that Khan considers vulnerability to be beneath him. Yet, in this moment, he’s as open as he’s ever been on screen. Whether playing a plain-spoken fighter who’s at a low point in his life and in need of redemption triggered something within him is impossible to say and too irresistible not to speculate on.

The film begins with MMA (mixed martial arts) promoter Aakash Oberoi (Amit Sadh) tracking down Sultan and asking him to fight in his faltering tournament. He’s rebuffed by the wrestler, who quit wrestling years ago, at the height of his fame. In an extended flashback, Sultan’s friend Govind (Anant Sharma) recounts for Aakash Sultan’s rise from expert kite-chaser—which, even in the small Haryana town of Rewari, marks him out as supremely unambitious—to Olympic medallist and world wrestling champion. We also track his relationship with wrestler Aarfa (Anushka Sharma) from infatuation to marriage and find out how a rift between them became the reason for his decline. 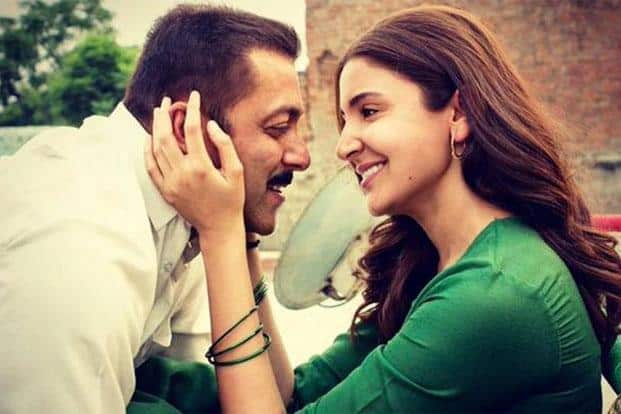 By the time we’ve arrived at Sultan’s moment with the mirror, Aakash has persuaded him to return to the ring, despite him being 40, unfit and unaccustomed to MMA fighting. Though it was clear even in the trailer that this would be a hard-won redemption story, writer and director Ali Abbas Zafar doesn’t take any chances, getting Sultan to literally say “underdog". The film throws a kitchen sink filled with sports movie tropes at the viewer: initial training montage, final-stretch training montage, tough-as-leather coach. Sadly, the fights themselves aren’t memorable; most of them involve Khan taking a lot of punishment before disposing of opponents, quickly and unconvincingly, with a signature slam.

Even though this is a film painted largely in broad strokes, there are certain small decisions that are unusual and encouraging. Take, for instance, the film’s treatment of Aarfa. At one point, she seems like she’s going to be just another good Bollywood wife, sacrificing her career for her husband’s. Yet, though she does quit wrestling when she becomes pregnant (the film implies it may be accidental), Aarfa is allowed the space to be resentful about this. Sharma plays these scenes beautifully, her bitterness and regret frustrated by Khan’s stolid responses.

It’s also worth noting how, in a film about the ultimate desi jock, machismo is curiously absent. It’s not just the presence of female wrestlers throughout the film—even Sultan’s motivation to join the akhara isn’t to prove his manliness to Aarfa but to gain respect in her eyes. In other words, he wants to be like her. To put such thoughts in the mind of a Salman Khan character—which isn’t where one usually looks for female empowerment—strikes me as a very enlightened attitude on the part of the film.

Everyone does their job with a degree of professionalism befitting a Yash Raj Films production. There’s too much slo-mo as usual, but Artur Zurawski’s camerawork is nimble. Vishal-Shekhar’s title song is played something like a dozen times in the film and is catchy enough to withstand this overuse (credit, also, to Irshad Kamil’s lyrics). Zafar’s writing is simplistic but rousing; one could say the same of his direction too. There’s no Nawazuddin Siddiqui to partner Khan this time, but Anant Sharma is very funny as Govind. Anushka Sharma’s anger was, for me, the best thing in the film. And Khan, for once, seems to grapple with the material, occasionally finding in the older Sultan the world-weariness of an ageing gunfighter.