As HBO Asia approaches its 10th anniversary in India, the television channel’s country manager Shruti Bajpai talks to Lounge about their forthcoming miniseries The Pacific, censorship laws in India and what to look out for. Edited excerpts:

What is different and unique about HBO Originals? 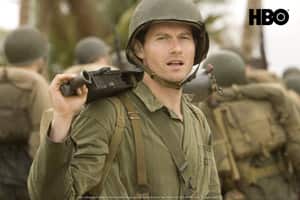 A still from the series, The Pacific.

How many series are currently on air?

We currently have on air Generation Kill, Big Love, Entourage and True Blood’s second season. Just after the premiere of The Pacific will come Hung, followed by True Blood (season 3), followed by The No.1 Ladies Detective Agency.

Tell us a bit about about your forthcoming series ‘The Pacific’ that premieres in India later this month.

HBO Originals is launching The Pacific, their biggest miniseries in terms of cost. The show has been produced by Tom Hanks, Steven Spielberg and Gary Goetzman. The producers have had a long association with HBO; they came together for the series A Band of Brothers. This show, set in World War II, covers the humane aspect of war and it tracks two stories of two US marines. You have three lead characters, a couple of whom were not originally meant to be in the war. The whole miniseries has been shot from the eyes of these characters. It has about 138 characters.

Tell us about ‘Hung’.

This is about a guy called Ray Drecker who doesn’t know what to do, has a very mediocre job, and is fast losing custody of his children. He figures out that he has a special quality and gets an opportunity. It’s a quirky humourous take about someone who is having a midlife crisis. He eventually becomes a male escort. The show is more about how men react to women and vice versa.

How does the time lag between the shows first airing in the US, and then much later in India, work?

The Pacific premiered in the US in March. We could have premiered it in India at the same time, but since there was a lot of activity happening on HBO and Indian television as a whole, we brought it in May. So there isn’t much of a time lag. When we started out, we brought Sex and the City in 2004; it was at least six years old. But we didn’t know how it would’ve worked. (Now) within six months most shows are here. We have so much of a backlog going already since the US has a channel dedicated to HBO Originals series.

Why are HBO Originals series telecast so late in the evening (after the 9pm movie)?

Eleven o’ clock is really the prime time these days. We have studied the viewership patterns. A lot of these shows are also shown then at a convenient time on a weekend for people who haven’t been able to catch it. They are normally shown between the 10.30 and 11.30pm time band, depending on the earlier movie.

What about censorship issues on the HBO Originals content?

There are these constraints but we happily follow them. But with the DTH (direct to home) coming in, the I&B (information and broadcasting) ministry and Trai (Telecom Regulatory Authority of India) are looking at (bringing out) a whole paper on television and programming to explain their take on censorship. When we come to that level, then things will open up a lot. Sex and the City, for example, was (initially) censored in Asia as well. But (then) we brought it here.