"storyDirectUrl"
OPEN APP
Home / Mint-lounge / The world is your oyster, by invitation only

The world is your oyster, by invitation only

The world is your oyster, by invitation only

Looking for love and thinking it’s a shame someone as gorgeous as you is single? Worry not, for Beautifulpeople.com is here. The UK-based site guarantees beautiful singletons a chance to find “beautiful relationships" through their network. The homepage gives you a little snapshot into what they are all about. A cluster of model-like people, different ethnicities and yet, ironically, strikingly similar in their Anglo-Saxon good looks: high cheekbones and sharp noses. Membership is open for all with one caveat: The photo you submit must first be rated by your peer group (that is, the people already deemed “beautiful" by the website), only then do you get admission. 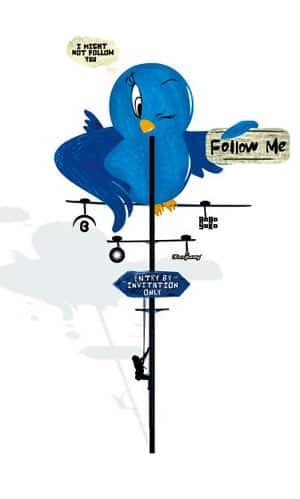 Exclusivity: The invite-only system allows social networks and other Web platforms to control and stagger the growing load on their infrastructure. Raajan/Mint

To be fair, this isn’t just a fetish of the beautiful and those who want to officially belong to “beautiful-only" groups. Because, in just the same way, the social networking world is just as populated by people wanting to either be part of “rich-only" (Affluence.org) or “smart only" (Epernicus.com, for researchers) groups, and most recently, the India-based Vagad Visible (Vagadvisible.com, for the Vagads, a small clan within Kutchi Jains), among others. The world of social networking is about everyone wanting to be something “only" and in that sense, to quote Chicago-based social networking expert David Armano, it is “less about being social".

One of the latest improvements on Facebook towards the end of 2010 was the option that allows you to edit friends with hyperactive user activity (people who are forever cluttering your page with Farmville updates or quizzes) and “hide" such user activity from your feed. “On Facebook, groups are smaller gatherings, individuals which are invite-only. On Twitter, users create lists to help them filter out signal from noise. Lists on Twitter are not really about exclusivity, but they do say something about how people desire to extract more value from a network," says Armano, in an email interview.

Sunil Abraham, executive director of the research institute Centre for Internet and Society, Bangalore, says the “hierarchy on the online attention economy often reflects the class and social divides in the real world".The term attention economy was first used by Michael Goldhaber in December 1997 to describe a new arrangement in which the “flow of attention" metaphorically replaced money as the currency of the Internet.

Quantitative research in the Philippines has shown that rich people are less likely to respond to messages that say “will you be my friend", he adds, citing the work of researcher Raul Pertierra. “On Facebook, the act of friending someone may appear symmetric. But privacy settings on content, groups and feed configurations may be used to fine-tune the exact power dynamics of the relationship. In platforms such as Twitter, the asymmetry is explicit: For example, Twitter, where I can follow you but you need not follow me," he says.

Technology has aided this aspect of exclusivity. “There are now beta releases of social software which typically get released to a smaller group of influential and digital savvy individuals. There are now services such as Klout that partner with brands to reward individuals who have the largest social graphs," adds Armano. Klout measures your overall online influence using over 35 variables on Facebook and Twitter and rates you as True Reach, Amplification Probability, and Network Score. Vahad Visible is completely restricted to the Vahad community (a user’s credentials are authenticated by a phone interview and other records), and is social networking meets matrimonial meets classified ads.

There are many reasons for this exclusivity. First, technical. “The invite-only system allows social networks and other Web platforms to control and stagger the growing load on their infrastructure," says Abraham.

There is also a marketing and commercial aspect to it. Affluence.org, for instance, provides a forum for “exclusive, high quality content and advice from experts on subjects such as art, technology and travel". Similarly, asmallworld has advertisements for accommodation (it also doubles up as a couch-surfing site of sorts, only these are all rich people living in the First World), among others. Both the technical and the commercial aspects, however, are tied to the larger, that is, sociological aspect of exclusivity. For instance, the “invite-only" system also creates a sense of exclusivity and then drives registrations, says Abraham.

Sociologically, the recipient of this exclusivity, according to Armano, “feels special and rewarded for their social status". “Those who deal in exclusivity are looking to create smaller “higher quality" networks of individuals who they deem are connected in a way which benefits them," he says. The way we configure our social network and allow access to our feeds on Twitter or the Facebook page are based on our individual priorities and objectives. “Exclusive social networks are meant for those with overlapping priorities and objectives. The generic social networking websites are meant for finding long-lost classmates and friends and weak ties in general. Exclusive social networks are for accumulating new contacts and building strong ties," says Abraham.

The dichotomy about social networks, adds Armano, is that “in theory, they flatten social norms" and also make certain things more accessible—like personal publishing. “However, networks do not guarantee that you will find yourself in the desirable social circles. You still have to do that the old-fashioned way—networking," he adds.