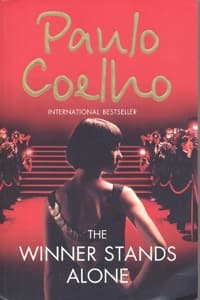 The 61-year-old author’s appeal has obviously not waned. Is it because, in his own pop way, Coelho has sold ideas of Eastern spirituality and mysticism to the world?

The new book, set in the Cannes Film Festival, has come out soon after an adaptation of The Alchemist premiered on the Mumbai stage. Directed by Mahesh Dattani and produced by Ashwin Gidwani, the musical ran to a packed house when it opened on 18 April in Mumbai.

It was my first brush with Coelho’s work. Unlike most of Dattani’s earlier plays, it is a work of very large scale. Gidwani has said that his budget for the play, in the making for the past three years ever since he acquired the rights to adapt it from Coelho himself, is Rs15 lakh.

For the few who are unfamiliar with the story of The Alchemist, here it is: Santiago, an Andalusian shepherd boy, harbours thoughts of marrying a merchant’s daughter. One day, he has a dream in which a child tells him to go to the Egyptian pyramids, where a treasure meant for him is hidden. After much soul searching, Santiago decides to go. On his way, he is guided by the alchemist, a mystic, who becomes the instrument of Santiago’s self-discovery.

Mohan Kapoor and Tarun Singh Negi in ‘The Alchemist’.

It’s a beautifully produced adaptation—the sweeping sets, the innovative use of lights and good, a rich, eclectic score, and some overacted performances don’t drown what The Alchemist is supposed to be: a fable about human failings and how to follow one’s dream.

After watching the play, I picked up Coelho’s new book, The Winner Stands Alone, where Coelho seems to say that those in need of his brand of pop-spirituality now are the glitzy set who congregate at the Cannes Film Festival. 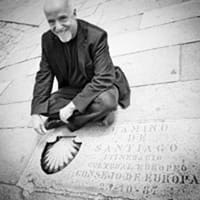 I laboured over 100 pages of the book—he was better on stage, not over 373 pages when all that’s happening is mindless, largely unexplained violence, with a moral voice judging everyone in the book because they are oh so rich and decadent.

This one, in fact, could be great material for an American-French indie thriller on screen.