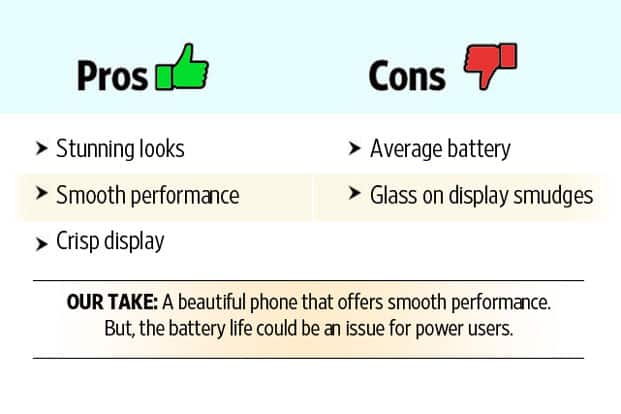 A lot of mid-range smartphones deliver features and experience reminiscent of more expensive flagship phones these days. However, one aspect where most mid-range phones still fail to match the expensive flagships, is in the design element. Lenovo’s new Vibe S1 ( ₹ 15,999), changes that, with its sharp looks. At this price, it goes up against the very competent OnePlus X ( ₹ 16,999). 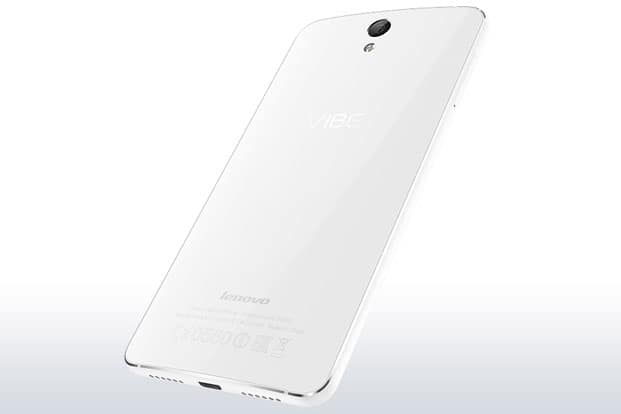 Design: Classy and handy to use

The Vibe S1 feels quite compact, for starters. There is a glass finish on the back and aluminium metal frame along the side panel. The glass and the metal combination give it a dash of premiumness. The back is slightly curved like the Moto G, and is the primary reason why it would fit into most hands comfortably. The Vibe S1 weighs 131g which makes it a tad lighter than the OnePlus X (Onyx) which weighs 136g. But at 6.9mm, the latter is thinner than Vibe S1 which is 7.8mm thick

OnePlus has also used a premium glass finish in the OnePlus X (Onyx), but it is slightly more slippery than the Vibe S1 and also accumulates fingerprint smudges quicker. The Lenovo Vibe S1 has a 5-inch LCD display with 1920x1080p resolution. It is a good quality display with good viewing angles. Text looks crisp, colours look natural and tilting the screen doesn’t affect colour accuracy. It is a bit reflective though, which hampers the visibility a little under bright light. Switch on the smart brightness mode in settings, and that can slightly improve visibility, by boosting the screen’s backlight level. You can also switch between the more natural colour default mode and the slightly warmer comfort mode. The glass over the display smudges a lot, which can get a tad annoying after a while.

The OnePlus X (Onyx) also has a 5-inch display, which makes this a true comparison. It looks crisp and handles colours very well.

The smartphone runs Android 5.1 (Lollipop) with Lenovo’s own Vibe UI custom interface. It is a fine-looking interface with some really attractive themes and wallpapers. It also allows app permissions which restricts apps from accessing data that you don’t want them to see.

The OnePlus X (Onyx) runs Android 5.1 too but with a slightly different version of plain Android, known as Oxygen OS. It allows a fair bit of customisation too. We like the Oxygen OS more as it looks more familiar and is easy to use.

The Vibe S1 runs on MediaTek’s 64bit MT6752 octa-core processor with 3GB of RAM. Games like FIFA 15 played smoothly while full HD movies ran without any delay. We did notice slight heating up on the back while playing games but it wasn’t as much as what some rivals suffer from. The phone offers ample internal space (32GB) for apps and games and allows micro SD cards too. Battery backup is a bit of a letdown though. The 2,420mAH battery barely lasted a whole day of moderate to heavy use.

The OnePlus X (Onyx) runs on two year old 32-bit quad-core processor, which is not capable of fully utilising the RAM capabilities and speed boosts of new software. While performance is fine, we do have some reservation about the lack of future proofing this offers. The Vibe S1’s 13-megapixel camera delivers clear and detailed shots in outdoor conditions. It produces colour and captures detail very well. Low light shots looked average with significant amount of noise. This is a rather unique phone which offers two cameras at the front—the main one is of 8-megapixel and the second one is of 2-megapixels. The second camera allows users to take two pictures which it combines later in Blur and Cut Out modes. In Blur mode, it blurs the background while in Cut Out it allows user to cut out a particular area from a picture and paste it on another picture or frame in the background. The picture quality is good and the camera is wide enough to accommodate four to five people in a shot.

The OnePlus X (Onyx) offers a 13-megapixel camera which is fast but is more effective with daytime shots. It has a 8-megapixel camera on the front but its not as fun and interesting as the Vibe S1’s front camera.

The Lenovo Vibe S1 combines powerful hardware and good looks with ease. Steady performance and a sharp display makes it one of the best mid-range smartphones right now.