You can’t quite call God yet, but UTV’s new Divya Kathayein service is an audio-on-demand service that allows you to call up and listen to stories from Hindu mythology.

Audio-on-demand services are not particularly new to the Indian mobile space—there are many providers that allow you to call up a number to listen to music. But Divya Kathayein, which launched last week, is the first to focus on religious content. 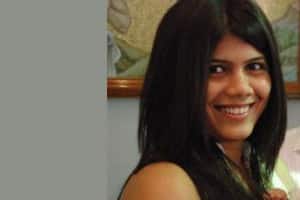 Divya Kathayein is a toll-free service subscribers can call at any time. For the huge segment of mobile users in India who are not using smartphones, this kind of service is the most easily accessible VAS available.

Divya Kathayein users pay a monthly fee of Rs30 for unlimited access to stories of gods like Ganesh and Krishna—a total of eight deities with around 10 stories each so far. The service is available in Hindi and six regional languages—Tamil, Telugu, Kannada, Malayalam, Oriya and Bengali.

The one-time payment allows people to call as many times as they like, and to pick and choose the deities and languages, including new content that may be added later as well. Mythology was a big driver of episodic content on Indian television and UTV is betting that the simple access will make this service popular.

According to Tauro, the company will add two stories every month for each of the deities available—each story is 10 minutes long. UTV plans to release at least 1,000 minutes of new content every month, though people may well access only one language. The content is being generated with oversight from research firms to ensure it is error-free.

This is UTV’s second such service, the first being a summary narration of feature films over the phone. Using this service is very simple—just dial a short code, and then follow simple instructions to pick and choose what you want to listen to. The highly simple format carries over to the stories service, but the drab, no-frills presentation of the audio content is also the biggest drawback. That, and the limited content available, could well keep the service from building a large, regular user base.