Travel is the fastest way to get a crash course in the amazing, exotic world that lies around us, but for some people, even that’s not enough. They have taken destinations and journeys to near-ridiculous extremes—from space visits to the deepest trench in the ocean. While the pioneers often face extremely difficult journeys, they make it easier for those who follow.

Star Trek was the ultimate fantasy in a travel show. See new worlds every day, meet exotic alien creatures and have tough adventures, beyond the “final frontier". Space tourism is still some distance from the world projected in Star Trek’s episodes, but near-Earth, inner-space tourism has become a reality. In March, Sir Richard Branson’s Virgin Galactic signed on actor Ashton Kutcher as the 500th passenger for its first customer sub-orbital flight expected between 2013 and 2014. 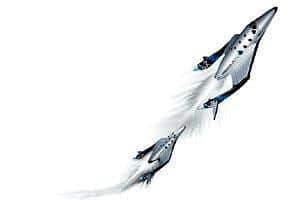 While Branson’s enterprise might bring space travel to the larger public (Kutcher reportedly paid $200,000, or around ₹ 1 crore, for the opportunity), some people who could afford it have already made the trip. Video-game developer Richard Garriott—creator of the famous Ultima series of games— helped found a company, Space Adventures, that organizes space tourism trips. For over $30 million, it put Garriott, after months of intensive training, on the crew of the 2008 Soyuz TMA 13 mission to the International Space Station (ISS) for 10 days.

Garriott was the sixth civilian to visit the ISS—he was originally supposed to be the first, but sold his seat to Texan Dennis Tito in 2001, for financial reasons. Tito spent eight days on the ISS, and since then there have been eight trips and seven travellers. Charles Simonyi, a Hungarian-American software entrepreneur, made two trips—the first for 15 days in 2007 and then for 14 days in 2009.

Film-maker James Cameron, the director of Titanic (recently released in 3D) in which he explored in some detail the use of submersibles in deep-sea operations, travelled 11km undersea in submarine Deepsea Challenger to the deepest point, the Mariana Trench in the Pacific Ocean, in the last week of March. Cameron spent 3 hours at that depth.

Machine journeys: The Triton submarine will go to the bottom of the ocean

Other submersible trips to the deep are also being planned, including the Branson-backed DeepFlight Challenger and another by the Marine Science and Technology Foundation, an organization backed by Google’s Eric Schmidt, called the DOER Marine (DOER stands for Deep Ocean Exploration and Research). Like the Deepsea Challenger, the emphasis on these machines will also be on scientific exploration.

A US-based submersible company, Triton Submarines, is also planning on building a submarine to take tourists down to the depths for $250,000 a ticket—it could begin operations as early as next year.

Back in the 1980s, noted American travel writer Paul Theroux “lost" his Chinese tour guide and then spent a year travelling around China by rail. This eventually became the basis of his book, Riding the Iron Rooster: By Train Through China (1988), in which he described his journeys around the massive rail network which connected most parts of China.

Things have changed since and visitors to China can jet across the countryside on the bullet train. Shanghai houses Asia’s largest train terminus, including a special visitors’ viewing hall in the former airline terminus that is home to the Shanghai-Beijing bullet train. Despite an accident caused by lightning that killed 40 people in July, the bullet train remains operational and hurtles through the countryside at 300 kmph. The journey cuts between the busy cityscapes of Shanghai and Beijing, filled with high-rises and flyovers, and the paddy fields that lie in between. With a number of additional trains being built, China already houses the largest bullet train network in the world.

The best way to go about planning a rail journey through China is to visit Seat61.com, a comprehensive travel website that has enough information to plan routes, costs and pick up on local information.

The Tour d’Afrique is one of the most gruelling and rewarding cycling tours—according to the company’s website (www.tourdafrique.com), past travellers have described it as a journey of the mind and body.

Tour d’Afrique can be an endless holiday, a four-month journey of cycling across the back roads of Africa, where cyclists can cover almost 12,000km, going from the pyramids in Egypt all the way past the horn of Africa.

The tour begins in January from the Pyramids of Giza and works its way through Sudan, Ethiopia, Kenya, Tanzania, Malawi, Zambia, Botswana and Namibia, ending in South Africa. While the riders cover over 100km each day, they cycle through the scenic route and get to experience each country, its culture and landscape, as they travel through. There’s a registration fee of $150 and the entry fee for the full tour is $13,900. Tourists can also opt to do certain sections of the route; section trips start at $1,400.

The group, which first started these tours in 2003, has been so successful that it now organizes tours on every inhabited continent other than Australia. These include some of the most famous routes in the world, such as the Silk Route (Shanghai to Istanbul), along the route of the Orient Express (from Paris to Istanbul) and a Trans-Europa Amber+ tour (from St Petersburg to Lisbon). An Indian Adventure tour, their latest, starts from Agra, moves through Rajasthan and the western coast, to Kanyakumari.

Between February 2007 and March 2008, Aiken would travel around the US, taking up any job he could get, for one week. For that year, he would work in 52 different jobs, trek 55,000 miles (around 88,514km) and blog about it. The full list is still available online (one weekjob.com/about-the-project/previous-jobs/)—Aiken would end up working jobs as diverse as a bungee instructor, an advertising executive, a baker, stock trader, astronomer and cowboy.

Since then, the project has expanded from being a quirky idea to a genuine cause to help people around the world. Whatever money he earned for the work was donated towards the ONE/Make Poverty History campaign, a charitable organization dedicated to poverty eradication. In one year, he raised a little over $20,000. The project continued, with different volunteers each year, and this year’s One Week Job project is slated to start from June, with 59-year-old Linda Chase.

To sign up for the project, visit one weekjob.com and leave your name as a volunteer.

The project has also been running in Australia since November. In week 18, volunteer Paul Seymour (24) is in Brisbane and the group has already raised a little over $3,140.10. All of his earnings will go to the Big Brothers Big Sisters organization, which helps mentor “vulnerable young people".