Some novelists are great banterers, raconteurs—they are the gossips of literature, using the freedom and licence of fiction to present richly embroidered versions of material they may have picked up from real life, and bringing an obvious love of good cheer and life’s small pleasures to their narrative art. Their books are themselves pitched at the level of conversation, they love tangents and set pieces, and they populate their fiction heavily with charming minor characters. They are naturally dramatic, just as another class of novelists are naturally reflective. The Chinese novelist Mo Yan—perhaps the best-known resident Chinese writer in the world today—is one such writer. 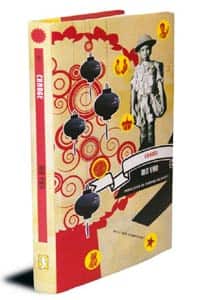 If Mo’s earlier novels made one think of him as a musician pouring all his breath into a trombone, then in his latest book we merely imagine him puffing on a cigarette, thinking about times gone by. Loosely autobiographical—the protagonist is called Mo Yan—and running to not much more than 100 pages, this is a work in a minor key. “After 50, you can’t remember what happened yesterday," says the narrator late in the book to a former schoolmate, “but the distant past gets clearer every year." If childhood occupies a special place in human consciousness, it may be because it is the only time in our lives when we live entirely in the moment, without memory and nostalgia, and with the grandest dreams for the future. This truth about life and about the remembered experience of time is dramatized in Change, which recounts, over a few short episodes, a fairly typical life spent across the fields, factories and work units of Communist China, with only the memories and attachments of family and friendship to make life more bearable.

At the beginning of the story we see Mo as a student who has been rusticated from school for some minor misdemeanour, but who nevertheless dutifully turns up every day because he cannot bear to be away. The two stars of his life are the strapping schoolboy He Zhiwu, who heroically invites his own expulsion by an act of arrogant insubordination, and a beautiful Russian-made Gaz 51 truck, which belongs to the local state farm. Without the education that will give him a chance to go to university, the young Mo works as a labourer, joins the army, suddenly lands a teaching assignment that requires him to study intensively, and finally decides to become a writer. All the while he keeps an ear out for news of his old school friend He Zhiwu, who has apparently made good in business in Mongolia, and of the old Gaz 51. Later, He Zhiwu, now married to a Russian girl, appears to buy the truck and to explain to Mo, over three days (none of Mo’s characters ever know how to say something economically), all the secrets of working the Communist system to make substantial profits in business.

Reflecting on some of the more unbelievable twists and turns of their lives, the two old friends come to the conclusion that “the affairs of the world are always in flux, that a happy fate can bring lovers together, that accidents happen all the time, and that the strange and the curious are always with us". It’s not at all surprising, though, that this sounds like an accurate description of the universe of Mo’s own novels. Change is a little too slight, though, to be wholly satisfying, and is probably best seen as a minor work by a major writer.