A novel of charged strokes

A novel of charged strokes

Manu Joseph is one of the very few stylists in Indian journalism—someone who hasn’t succumbed to the dreary seduction of the breathless cliché. His unique voice sounds loud and clear in his newspaper and magazine pieces, infecting them with a touch of insight that’s all too rare in the media. The same distinct accent is evident in his debut novel, set simultaneously in a lower-middle class housing arrangement and in a rarefied institute of science, both in Mumbai. 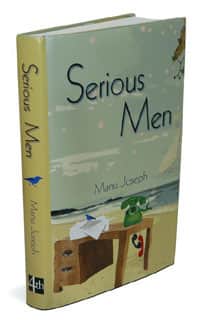 Sample this: “But the bed is medieval, and honest, and in it he wanted to believe Oparna would be something else." “It struck him how complete, how final, an umbrella actually was. As a technology, it would not evolve any further." The first is from the mind of the clerk, while the second is from the scientist’s brain—but both are, ultimately, statements that the writer seems unable to resist.

When the bon mot makes characters converge, their individual motivations turn into schematic twists. So it is, alas, in a story that Joseph sets up beautifully with charged strokes in the first half. Mani is the Dalit who seethes with canny, civilized anger against the age-old dominance of Brahmins, and is plotting minor revenge through resourceful manipulation of people around him. His boss Acharya—once a shoo-in for the Nobel—who’s convinced that the conventional Search for Extra-Terrestrial Intelligence, which his fellow scientists at the elite research institute located on the edge of the Arabian Sea want to pursue, is utter nonsense.

Both men are driven by their own defiant missions. Mani is using his son to perpetrate an elaborate hoax on the—what else?—Brahmin establishment in a bid to create India’s first Dalit child genius. Acharya wants to prove that life originated as spores somewhere in outer space, descending gently on to the surface of habitable planets and evolving into unique forms of life.

Woven into the mix are Mani’s son Adi, who happily joins his father’s game, and Oparna Goshmaulik, the scientist who is key to Acharya’s scientific ambitions to begin with, but rapidly moves into a different role. The two threads weave together and apart in expositions of fraud, betrayal and fall from grace, with science and academics—the prized playground of the intellect, so valued in India— providing the ideal setting for manoeuvring, chicanery and political games.

However, the resolution doesn’t meet the high expectations of the first half. Acharya’s ontological quest flounders while he sorts out his morals and turns into a mythical figure. And Mani’s rage remains a low-stakes game. In a lesser writer’s hand, this might even have been a satisfying novel. But Joseph sets the bar high with his ear for high as well as low dialogue—so effortlessly rendered in English, which is not the language all the people in his book speak all the time—the lean richness of his prose and the felicity with which he conjures up images. That is why the perfunctory characterization of the supporting task is disappointing: the wronged lover, the missionary principal, the corrupt journalist, are all scarecrows, not flesh-and-blood figures.

The cameos hold promise: the debate between free will and determinism, between the two conflicting views on extraterrestrial intelligence that the scientist characters represent; the political battles for control in an institute of research. But they are less important thematically than the caste-conflict at the core of the action, which propels the action towards a structurally predictable—though sardonically restrained—climax.

While that might make Joseph’s eminently readable novel a point of curiosity for Western audiences, it makes you wonder what, ultimately, the serious men are left with when the anger has abated, the manipulator has registered his minor triumphs, and the Brahmin bad guys have failed to succeed. Still, this is a novel better read than passed.

Arunava Sinha is the translator of Sankar’s Chowringhee and The Middleman, and of Moti Nandy’s Striker, Stopper.