The morning after Machu Picchu

More than a destination, Peru's best known wonder is a gateway to its incredible Inca history

It felt, in fact, like déjà vu. As our little bus turned the corner on the umpteenth switchback, and the unmistakable obelisk of the Huayna Picchu loomed over the route, the passengers let out a collective gasp: Every one of those 20-odd first-time visitors to Peru, it seemed, had recognized the mountain. 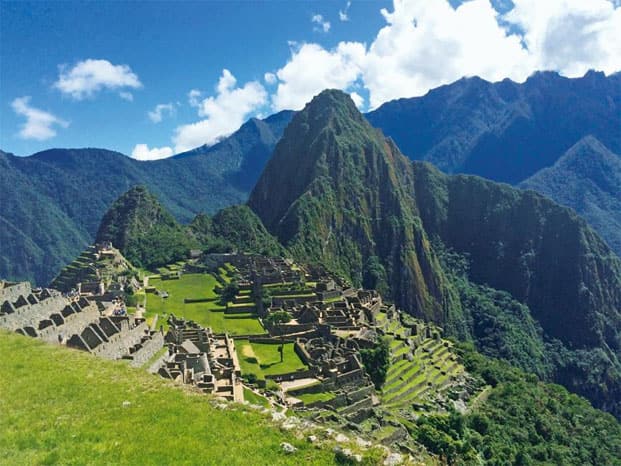 Later in the day, after the sun had sliced its way through the unseasonal clouds hanging low over the ruins of Machu Picchu, I would hear snatches of the same conversation over and over again, mostly in North American accents. “I feel like I’ve been here before," said one girl dreamily to a somewhat stunned youth, like her in his late teens. “I must have been an Inca princess in a previous life."

“This is all so familiar," said a middle-aged man in khaki shorts and T-shirt, gazing abstractedly at his brood of children and harassed spouse. “These walls, these building blocks.... You’re sure we’ve never been here, right?" 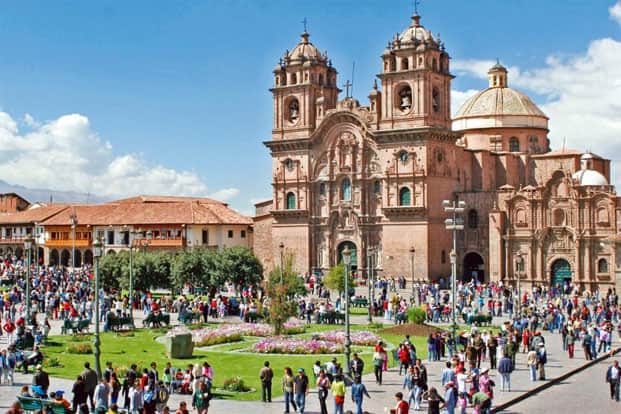 I moved away, so I’m not sure if his wife deigned to reply, but the same phenomenon played out the moment I posted the first photos of Machu Picchu on Facebook. “The lost city of the Incas!" exclaimed one friend. “Reminds me of The Seven Crystal Balls," said another, referencing the Tintin albums that we had all grown up reading.

Machu Picchu is probably the most mythologized monument for us in India; Peru is literally the other end of the world, an arduous 20-odd hour flight away. While the distance is proving to be less and less of a discouragement for intrepid travellers or inveterate list-tickers, it still calls for investment of considerable time, effort and money to make the trip. But the romance of Machu Picchu is a powerful magnet; in fact, if the legend of Hiram Bingham didn’t already exist, the tourism ministry would probably have to invent it. But even the most imaginative copywriter would have trouble topping the real thing. Picture this: A 36-year-old blond American, a “gentleman explorer" with a weakness for fedoras and Jodhpurs, and married to a Tiffany heiress, is enamoured of Inca archaeology. In 1911—just about the time the British were moving their Indian capital from Calcutta to Delhi—Bingham is riding a mule on a dirt track, following a local boy, in search of Vilcabamba, purported to be the last post of the Incas against the Spanish conquistadors. His guide leads him to a heavily forested, terraced section in the mountains north of Cusco. Somewhere underneath the overgrown tropical foliage stand sturdy walls and paved flooring, intricate water channels and an astronomical observatory. Ruined or abandoned cities are not unheard of in ancient civilizations across the world; close to home, the medieval Fatehpur Sikri kindles the fancy in much the same way. But while there is abundant contemporaneous material to demystify the Mughal city—all tourists, surely, know the story of water scarcity—for Machu Picchu, there’s virtually nothing but conjecture, since the Quechua (mistakenly referred to as Incas) had no written script. Who was the Inca who ordered the construction of the city? When? Who were the labourers who built it? How on earth did they get the construction material—rocks found a couple of mountains away—across to the site? (The indigenous people had no knowledge of the wheel.) Scholars may have pieced together a largely acceptable backstory for the 32,000-hectare complex—a place of religious and agricultural significance that fell off the map following internecine battles, and was gradually forgotten—but the traveller has no need for it.

Like a child anticipating a present with eyes shut, she focuses on the rough-hewn steps (with growing respect for Incan knees) till one plateau-like platform offers a bird’s-eye view: a three-dimensional architectural miniature, in eternal quietus, the roofs carefully removed as if to allow a privileged peek into lives that have long ceased to be. The hush camouflages but does not quite conceal the ambition and the desperation, the grandeur and the futility, the science and the energy that lie embedded in the stepped terraces, in the interlocking rocks—the work so precise that, hundreds of years and earthquakes later, the granite and limestone still hold strong—in the grand halls and, at the highest point of them all, the Intihuatana, where the sun itself still submits to Incan building technology. Machu Picchu is really a playground of the imagination.

The trouble is, so well does this brilliantly preserved and intelligently regulated site capture the imagination that the average traveller—even the ones who cross seven seas, much to the horror of their bank accounts—saves little mindspace for the many other Inca relics and remnants that dot Peru. Consider Cusco itself. Frankly speaking, till I started planning my own travels, I had never heard of the city; later, I came to believe it was a pit stop to the holy grail of Machu Picchu, a Siliguri to a Gangtok. Landing in the charming valley one cold June morning, I was immediately taken with its crisp, clear air and its almost European look and feel, and fell irrevocably in love when I discovered a market square with the liveliest coffee shops and bars, all of which use Inca-era rocks as the base for their glass facades. In line with the Hindu belief that Brahma, the lord of all creation, was born of Vishnu’s navel, Cusco—a Quechua name for the capital of the Inca empire, which lasted only 250-odd years—translates into “the navel of the world", an apt indicator of where the Inca thought he belonged. Unlike the indigenous people, the conquistadors left behind reams of writing on the wealth and general fabulousness of Cusco; of course, they also carefully pried out the gold and precious stones that decorated local buildings and shipped them all off to the motherland.

Still, in a hat-tip to Quechua know-how, they retained the old temple foundations and recast them into churches. The synergy is also apparent in the 400-odd works of sacred art in The Cathedral at the main square: A choir of cherubs, for instance, is shown clinging for dear life to a set of curtains; the local painter was apparently unaware that angels could fly.

And it is not just Cusco that Machu Picchu overshadows. Beyond Cusco lie at least four major Inca ruins. Sacsayhuamán—which my guide rather creepily insisted on breaking down for me as sexy woman—is perhaps the most intriguing: a massive rock fortress of ceremonial and military significance, under construction for an estimated seven decades, with its own tragic story. This was where Inca troops pushed back against the Spanish invaders in 1536; they lost, and the rest, as they say, is history.

But my favourite bit of Inca history—and story—lay halfway from Machu Picchu, in a valley named after the Urubamba river. The planners of the time seem to have specialized in positioning their important sites so that they remained hidden until you were actually upon them: It certainly intensifies the impact of Ollantaytambo, a magnificent complex sculpted into the cliff side, with terraces and steps stretching up to the sky. This is not entirely uncalculated: This was a place of worship and—as in the great cathedrals of the world—awe was definitely the effect the engineers were aiming for.

It takes an experienced eye to discern that the damage to Ollantaytambo is not caused merely by time: Chased by the Spanish after the rout of Sacsayhuamán, Inca soldiers took apart rocks and boulders from the monument itself and rolled them down to thwart the onslaught from the valley. When that failed, they released dammed water through previously prepared channels. The Spanish, unfamiliar with these guerrilla tactics, beat a hasty retreat. Ollantaytambo, thus, marks one of the few victories of the Quechua over the Spanish.

Almost 300 years of brutal colonial rule would follow, but, at the base of Ollantaytambo, in the town of the same name, locals still inhabit buildings dating back to Incan times. Children now go to school, but the walls of the houses—simple structures, of four buildings around a courtyard—are festooned with foetuses of llamas and alpacas and ancestral skulls, much as they would have been when the town was founded. The water channels that once carried the Urubamba river to the householder are no longer adequate, but the perfect right-angle symmetry of the streets and the quinoa fields on the outskirts survive—a reminder, perhaps, of irrepressible life.

There are no direct flights from India to Peru. Choose a European or South American gateway to Lima and connect to Cusco.

Much of the fare available commercially has deep European influences, but do try local specialities such as alpaca and yuca wherever possible.