“Loitering can be a political activity," says Satchit Puranik. His devised theatre piece Loitering will be staged on 8 March, International Women’s Day, at Mumbai’s National Centre for the Performing Arts. The theatre piece, which is part of the NCPA Edge festival of new contemporary plays, gets its inspiration from a 2011 book, Why Loiter? Women And Risk On Mumbai Streets, by Shilpa Phadke, an assistant professor at the Centre for the Study of Contemporary Culture, Tata Institute of Social Studies, journalist Sameera Khan and film-maker Shilpa Ranade.

Also on International Women’s Day, Padma Vibhushan awardee Sonal Mansingh will perform her new choreography, Stree, at the India Habitat Centre in New Delhi. “We talk about sashaktikaran, empowerment of women, as if it’s only a contemporary issue. But we have been addressing these issues since Vedic times," says Mansingh. For Stree, Mansingh has extracted stories about women from contemporary literature, Indian epics as well as the Vedas.

It’s easy to miss the importance of International Women’s Day when it is appropriated by marketing teams trying to sell packages at the spa. But the day, which was first marked in 1908, has always been about important gender issues, from the right to vote to equal representation in leadership roles. The theme for International Women’s Day 2016 is Planet 50-50 by 2030: Step It Up for Gender Equality, an ambitious target given that the World Economic Forum’s “Global Gender Gap Report 2015" released in November says gender parity is more than 117 years away.

We look at one powerful, well-researched, cultural event each in New Delhi and Mumbai that is trying to change mindsets and move the conversation on gender issues. The Centre for Indian Classical Dances (CICD) is organizing a two-day festival called Woman from 8-9 March.

Stitched together from stories of powerful women in the epics, Puranas, Vedas as well as contemporary poetry, Stree has been choreographed as a natya katha, or a storytelling module with music and dance that Mansingh has been working with since at least 2009.

Of the several stories in the choreography, Mansingh shares one from the Puranas; “It’s about a woman called Jabala," Mansingh says over the phone. “She is a maid servant. She is washing clothes in the river Narmada one day when her young son sees some boys—they were called batuks—going to the gurukul. He asked if he could go too and she said yes. Soon, however, the boy came back crying. The guru had asked him who his father was and what his gotra (family name, indicative of caste) was. When he couldn’t answer, the other boys laughed at him. Jabala then went with her son, Satyapal, to the gurukul and said to the guru, ‘I am a maid and I work in several households. I don’t know who the boy’s father is. But he is my son, Jabala’s son. The guru was so impressed, he accepted the boy as his student. The child grew up to become a famous scholar—Satyakam Jabaliputra."

Mansingh says Stree will touch on several gender-related issues by resurrecting stories about women—ordinary women, scholars and sages—in the performance. The idea is to inspire audiences with examples from literature to work towards a more equal world.

Other than Stree on 8 March, Woman will have two more performances on 9 March—Maitreyi, a scholar and the wife of sage Yajnavalkya, and Mukt, a Kathak performance. 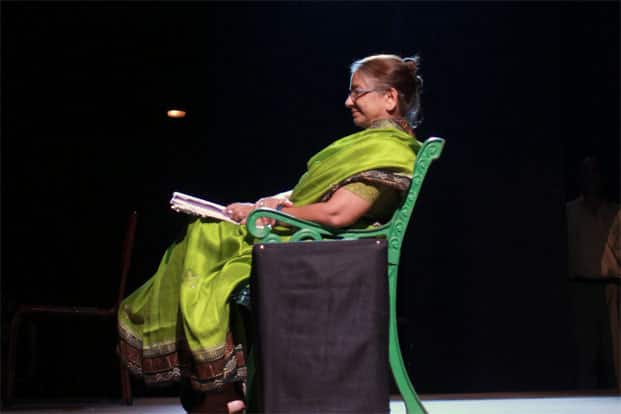 Based on three years of research in Mumbai, Why Loiter? sparked a campaign that encouraged women to hang out—alone or in groups—to reclaim public spaces.

Ever since Puranik read the book some two-and-a-half years ago, he had wanted to be part of the campaign. “We think of Mumbai as one of the safest places for women in the country. If women here have to negotiate public spaces like this, imagine what it’s like in the rest of the country," he says. He asked the organizers if he could join, and their matter-of-fact answer was: But that would defeat the purpose. The idea was for women to hang out without a male relative or friend present.

Puranik persisted and offered to cross-dress for the event. That experience of being in a public space, vulnerable to the gaze of passers-by, many of whom stared, has stayed with Puranik. It is also at the back of his new devised theatre show, Loitering.

“Loitering (as an activity) is about who loiters, who has the right to be there, who owns the city," says Puranik.

Loitering comprises a series of vignettes by 12 performers—only one of them is a trained actor and one is a classical dancer. For the rest, Puranik worked with people who had interesting stories to tell. “If they had a certain bindaas (carefree) quality and had had experience emceeing for a corporate event, that was good enough. This is not the type of performance where they have to assume a character. They are telling stories from their lives: about the times they stood up for equality, or not, and how they negotiate public spaces," explains Puranik, who was the editor of the film Ship Of Theseus.

“Loitering is about different kinds of marginalization," says Puranik. “Women are the most vulnerable of the set, the lowest common denominator. If we can make things better for them, things will get better for everyone."

Stree will be performed on 8 March, 7pm, at the India Habitat Centre, Lodhi Road, New Delhi.