A love letter to Indian theatre

A love letter to Indian theatre

He hadn’t expected his latest play to be a roaring success—four shows is how long he’d expected this piece of experimental drama to run—but the play’s dress rehearsal, a day ahead of its debut, was a rude shock for director Feroz Abbas Khan. Eight out of the 10 technicians had dozed off in the course of the one-and-a-half-hour epistolary romance. 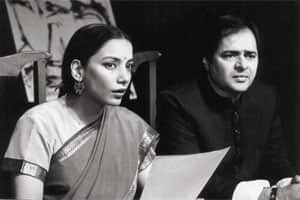 The director’s fears be damned, Tumhari Amrita, a play comprising two actors reading out letters to one another on stage, has gone on to acquire cult status in Indian theatre. Twenty years and still running, the play is now 350-odd shows old, and continues to command an audience that would put many a glitzy Bollywood film to shame. For context, the longest-running Indian film till date, the Shah Rukh Khan-starrer Dilwale Dulhania Le Jayenge, completed 16 years in October 2011.

This is how it all started: Feroz Abbas Khan was gifted a copy of the American play A.R. Gurney’s Love Letters (1988) and he decided to stage it. But it had to be Indianized, and if there was one language that could “paint word pictures" and have the power to “emotionally move the audience", it was Urdu, he believed. Khan came in touch with the writer Javed Siddiqui, who then took on the project. The letters between Amrita and Zulfi (Amrita is said to be modelled on the painter Amrita Sher-Gil) tell the story of unrequited love that plays out over 35 years. The first letter is written by Amrita when she’s 8, and Zulfi 10. 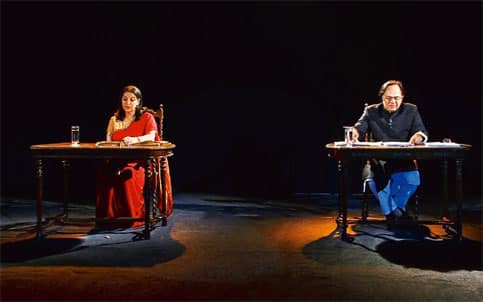 After the disastrous dress rehearsal, Khan decided to add an introduction to the play where he would explain the play’s form to the audience. The two characters sit on either side of a table reading out letters to one another. Actors were strictly instructed to not memorize lines. “They needed to look like they were reading this for the first time," says Abbas. The drill has remained the same through the two decades. There’s a half-hour warm-up before every show—their only rehearsal—to “get them used to the reading, and to watch out for any false quality of histrionics", says Khan.

In the last 20 years, the production has travelled all over the world, and has had its fair share of chaos. They’ve left costumes behind at an airport, got lost on their way to a show. And once, their female lead was arrested, minutes before a show. “I was at a demonstration and got arrested with 16 slum dwellers," says Azmi. “We had a show at the NCPA (National Centre for the Performing Arts) at 6pm. My family turned up at the police station, asking them to let me go. My mother even told the police that they’d bring me back after the show." The actress, however, refused, saying that she wouldn’t leave unless all the others were also released.

“Finally, we reached the NCPA at 8pm, and by 8.07pm, I was on stage," adds Azmi. “It turned out to be the finest performance. We got the longest standing ovation that day," says Khan.

Another time, untimely rain disrupted an outdoor performance in Bangalore, recalls Sheikh. “Our letters were strewn all over the stage and for a few minutes, Shabana and I were chasing letters while the audience patiently watched," he says.

As a counterpoint to Amrita and Zulfi’s intense romance on stage, is the playful banter backstage. The standing joke between the two actors and the director is the nervousness of Khan and Azmi before and during a show versus the infuriating composure of Sheikh. “Farooq is always telling us: kabhi toh tum relax karo(why don’t you relax for a change?), and we say, kabhi toh tum stressed ho(why don’t you get stressed for a change?)," says Azmi.

Off stage, Sheikh and Azmi have also known each other for 35 years, when they were both undergraduates who set up the Hindi Natya Manch at St Xavier’s College, Mumbai. “He’s always teasing me and making my life miserable," says Azmi. “If we haven’t met in ages, I tease him with one of the lines from the play: Itne din se miley nahin ho zinda kaise ho (You haven’t seen me in so long, how are you alive)? by Amrita; and he promptly responds with a “isiliye toh zinda hoon!(that’s why I’m alive).

“That’s not from the play, that’s an original," she laughs.

Tumhari Amrita will be staged in Dubai on 30 and 31 March at the Dubai Community Theatre & Arts Centre, and in Mumbai through April.

Having made its debut in 1979, this comedy directed by Dinesh Thakur is one of Ank’s longest running Hindi productions. More than 1,000 shows old, the play is among Ank’s more than 75 productions, and certainly their most successful.

Incidentally, A.R. ‘Love Letters’ was staged by Rage Theatre in English about the same time as its Urdu version ‘Tumhari Amrita’. Directed by Rahul da Cunha, the play had Shernaz Patel and Rajit Kapoor in the lead roles. With a 1993 debut and more than 250 performances, it is said to be one of the longest-running English plays in India. Clearly, unrequited love is a subject that touches a chord.

First staged in 1997, this comedy made its debut in the basement of the Shri Ram Centre for Performing Arts in Delhi, also as an experiment. Playwright-director M. Sayeed Alam didn’t want to run it for more than a couple of months (“We didn’t want to be known just for one play," he says), but it has been impossible to discontinue the play because of its insatiable audience. The play takes the character of Mirza Ghalib to raises issues in contemporary India. The first few shows had Ghalib giving Urdu and Hindi lessons to the then prime minister H.D. Deve Gowda; and in the last few shows, he’s been interacting with social activist Anna Hazare.