Photo Essay: The re-discovery of India

A 36-day, 2,810km journey on a bicycle with strangers, starlit roads and ever-changing signage for company

Have nothing under the header that reads: regret of not trying something you wanted to." This was the advice given to me by Parshuram Munim, a 70-year-“young" Mumbaikar I had met in Vapi, just before crossing the Maharashtra-Gujarat border.

I, who had always had it easy, was attempting a five-week solo bicycle tour. My journey, which started in Delhi, would take me through seven states: Haryana, Rajasthan, Gujarat, Maharashtra, Goa, Karnataka and Kerala. I followed National Highway 8 till Mumbai, treading off course a few times in Gujarat. After Mumbai, I took what is known as the coastal highway.

Quite naturally, perhaps, the idea of my travelling solo on a bicycle over 2,800km sounded ridiculous to most of my friends—and if I’m honest, even to me in my Travis Bickle, or Taxi Driver protagonist, moments in front of the mirror in my room.

A journey like this forces you to change your perspective about the outdoors, the road and the people you come across. Initially, you are apprehensive: “Where will I find water?", “Where will I sleep?", “Where will I stop for food?" These are the thoughts of a city slicker. I understood this when I met a stranger, Ajay Oak, in coastal Maharashtra who expressed the same concerns about my ride.

But it is when you’re on your own that you understand that the answers are all out there.

The other thing that you realize is that you can’t fully “plan" a trip like this. I had initially planned to make it in two days from Ajmer to Udaipur, given the distance I was averaging daily. I couldn’t. People suggested a change in route, and I didn’t realize that this would involve taking on the Aravallis. It did mean, however, that I found the climber inside me, even though I did end up pushing the bike for distances.

Crossing state borders was fascinating, since every state looks a bit different from the other. Each state has a distinct personality. The terrain changes, and so do faces. The signboards, the houses, look different.

By the time I reached Gujarat, I had finished a week on the road. It was the first time I was entering a state I hadn’t been to before.

As I delved deeper into experiences, one stood out in memory: an instance in coastal Maharashtra when I feared for my safety, instead of feeling thankful that I had been offered a place for the price of a regular meal. My doubts, of course, proved baseless.

I suppose that’s what living in a city environment does to you.

Riding along the coast came with its own set of challenges. Aside from the roads—lined with coconut trees and lush green fields on either side—that wound in and out of villages and towns, I began to understand that the coastal weather has only two levels. Hot and hotter.

Kochi marked the end of my journey. As I walked my bike on the boardwalk along the Cochin Marine Drive, people stared at me. I felt a sense of satisfaction; I was the only one in on my little secret.

Over those five weeks, I spent around ₹ 18,000, apart from the ₹ 3,800 it cost to transport my bike and me back home. Friends helped me get accommodation wherever they could.

Why do it? you may ask. Why go through all the trouble of cycling through seven states? Why challenge yourself with a budget that could barely get you through a month in the big city? I don’t know, get a bicycle, go figure!

I met strangers, who were willing to offer homes for the night or a free meal. All for a chance to sit and listen to my story. To live vicariously, even if only for a few minutes. During such moments, I would wonder why people only deem something possible when they’ve seen someone else do it. And I am not just talking about cycling a great distance. 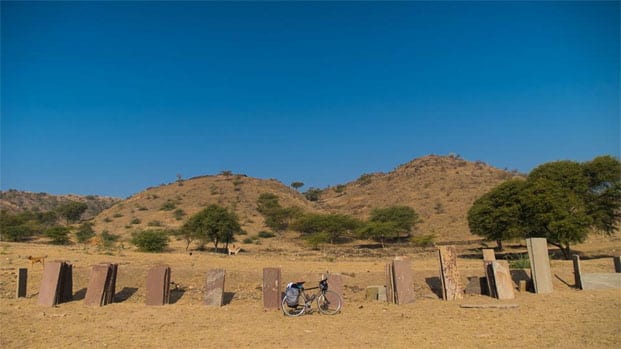 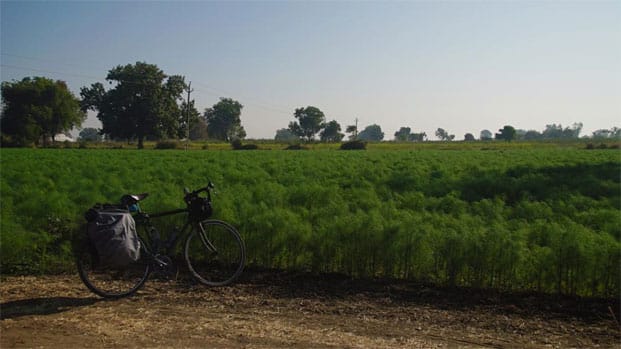 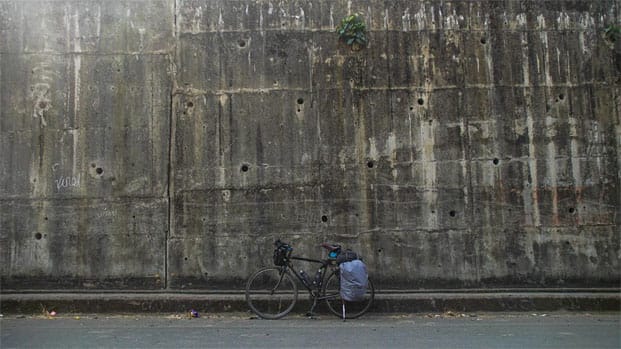 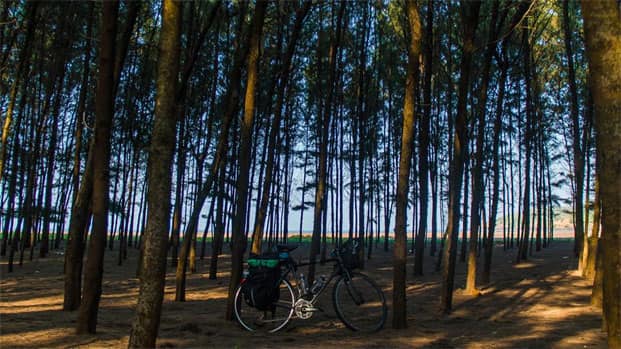 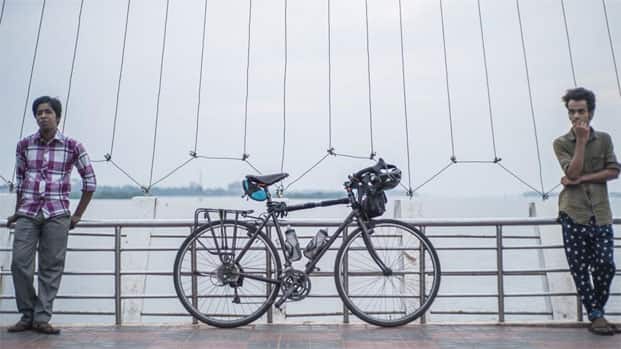