No Indian footballer has been given a farewell match of the magnitude that Bhaichung Bhutia, 35, India’s highest goalscorer, is about to get on 10 January in New Delhi: a match against a full-strength Bayern Munich squad. But the former captain of the national team is less concerned about the honour bestowed on him, and more excited about the chance this presents for India’s newest crop of footballers.

“I’m thrilled that the newcomers to the Indian team will get such an early chance to play against one of the best teams in the world," Bhutia says. “For players like Jeje (Lalpekhlua), Lalrindika (Ralte), Karanjit (Singh) or Jewel (Raja Sheikh), this will be such a joy. It will be a fantastic lesson in the game, and a matter of pride." 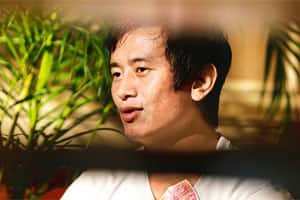 “I grew up watching Bhaichung play," Lalpekhlua says, “and he has always been my hero. He is the reason I became a footballer, and I’ve always wanted to play with him. Now, I’ll finally get that chance, and we will be playing against one of the best clubs in the world. I cannot tell you how excited I am."

Bayern Munich are the most succesful football club in Germany, having won the Bundesliga (the top-tier national league) 21 times, and will fly in their entire star-studded line-up of players for the farewell match, including Dutch playmaker Arjen Robben, Germany and club captain Philipp Lahm, 2010 World Cup Golden Boot winner Thomas Müller, and French winger Franck Ribery. This is not just an exhibition match for Bayern, who are spending a week training in Doha before the game. Bayern coach Jupp Heynckes told the Hindustan Times on Tuesday that he will be using the match to assess the team’s strength for the second half of the Bundesliga season, currently into its winter break. German midfielder Bastian Schweinsteiger, for example, will play this match to check his fitness after being out of action since 2 November with a collarbone injury.

“I’m eagerly looking forward to returning to action in the new year after spending a good amount of time recovering from injury," Schweinsteiger told the Hindustan Times. “That’s all there is in my mind these days, though I am curious to discover India’s passion for football." This unprecedented attention by a top-notch European club has a deeper significance. Bayern have been trying to venture into football development in India (a planned academy in West Bengal failed to work out at the last minute), and have been working to build a fan base in India.

Paul Breitner, a former Bayern Munich player and a Fifa World Cup winner in 1974 who now works as an adviser for the club, says this is an extension of the cultural and business relationships India and Germany already have in place.

“It’s time that we also work together in developing the popular sport of football in India," Breitner said at a press conference in Delhi this week.

Bhutia, who has not played a match for India since the 2011 AFC Asian Cup in January, has been working hard to get back to match fitness.

“I’ve been training regularly for the last few months with United Sikkim (a club he founded and co-owns)," Bhutia says. “I’ve gone through a nicely planned out training schedule to make sure that I don’t push myself so much and injure my knee again, but that I’m also in good form on match day."

It will be a fitting farewell for India’s most talismanic footballer who, for 16 years, has been the face of the sport in the country.