V.S. Naipaul had once described Calcutta as a city slowly dying. Rudyard Kipling reportedly thought it one of the most wicked places on earth. The city has been the subject of several books, including a novel called City Of Joy and a non-fiction portrait by Amit Chaudhuri called Calcutta. The latest entry on the list of books about the city is Kunal Basu’s novel Kalkatta.

“Kalkatta" is the name used by north Indians, those who are not Bengali speakers, perhaps those who are not native to the city even if they have lived there all their lives. People like protagonist-narrator Jamshed Alam, son of Bihari migrants whose parents were first forced to flee India for Bangladesh and who then lived in a refugee camp called “Geneva" until they decided to head back to India. But this time, they did not return to their native Karimgunj. They came to Kalkatta, a city made of dream and despair, gold and sin.

Like Mumbai, this city is one where migrants nurse the dream of making it, of becoming rich, or at least middle class, simply because they have seen others living that dream—people who did not necessarily inherit their wealth or social status somehow clawing their way up and out of poverty. However, what most people don’t know or prefer not to acknowledge is that good fortune is rarely enough. Wealth, upward mobility and respectability are not necessarily the result of hard work. Sometimes it comes from breaking rules, sometimes through breaking the backs and spirits of others who are even more desperate and powerless. We are told this through the voice of Jamshed who arrives as a child of migrants. They have no documents, no wealth and must count upon the sympathy of Uncle Mushtaq, a distant relative from Bihar who has joined the Communist party. 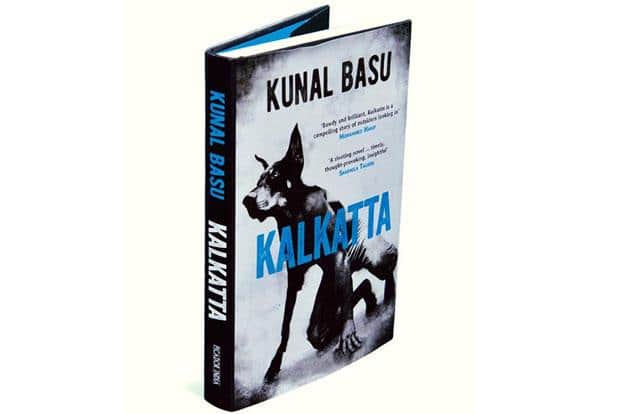 The family starts life afresh in Zakaria Street, living in a room in the house owned by Mushtaq’s family. Jamshed’s father works in a tailoring shop. His mother works in the zari business run by Mushtaq’s mother, whom everyone calls “Dadi". Mushtaq pulls a few strings and manages to get Jamshed a birth certificate, which means he can go to school as an Indian citizen. His elder sister, Miri, has been lamed by polio and though she is intelligent and loves books, she discontinues her education after school since the family cannot really afford it.

Jamshed, on the other hand, has little interest in books and he does not make it to college, and therefore has few prospects of finding an ordinary, steady job. He does manage to get hired as a sub-agent by a passport agent attached to a travel firm. It is an underpaid, unsteady job but at least it is in an office, not on the streets. However, the job quickly lapses when he meets Monica, a rich, middle-aged, married woman looking to buy sex. She takes him further from the house in Zakaria Street, and the respectability that his parents had hoped for, when she introduces him to a massage parlour called Champaka. It is a front for an upper-class brothel and Jamshed starts working as a full-time gigolo, until he allows his life to get entwined with that of Mandira, a former colleague, and her child.

As Jamshed makes his journey into this new world of shadows and secrets, the reader is introduced to a vast array of characters—there are other inhabitants of the house, neighbours like Dr Sala and Samina and Jahanara who are his mother’s colleagues, and children like Ashraf and Bakki and Munna, and later, the boss Rajesh, the office friend Ani, the boss’ boss Saxena, the mentor-friend-enemy Rakib, the lover-client Monica and her businessman-husband and her circle of upper-class friends, including the senior cop who remembers Jamshed enough to both save him and seal his fate, the other three girls and one hijra, Rani, who work at the massage parlour, their boss Swati, Mandira’s son and her maid, and so on.

In addition to this exhaustive list, there are other characters who have bit parts—the various clients Jamshed encounters and some of his colleagues’ clients, Mandira’s husband and her family and her friends, Rani’s husband and her taxi driver, shopkeepers in and around Zakaria Street, relatives of the neighbours, a driver, an office boy, a belly dancer, a couple of doctors, his father’s associates at the tailoring shop and in betting.

Each character represents some aspect of Kolkata and the lives of its citizens—rich, middle class and poor—and while so many different shades may have added up to a broadly representative portrait of the city, they do not add up to a richly layered story. The touch-and-go treatment most characters receive creates the impression that the primary purpose of having introduced them at all was to represent as many “types" as possible. It also serves to repurpose stereotypes—the sex-starved rich or bored housewife, the insensitive journalist, the torturer cop, the prostitute (albeit a male one) with a heart of gold.

Besides, the novel also tries to cram in a dozen different shades of misery, exploitation, corruption and illegality extant in the city. From overworked and underpaid zari workers whose fingers literally bleed at the end of the day to hawala rackets, fake documents, fake evidence creation by cops, gambling, heroin, kidney rackets, sex workers, decaying leftist politics and awful government hospitals. None of this is news to the Indian reader though. It’s in our newspaper headlines and in the corners of our eyes every day that we survive our cities.

The novel moves quickly and this is one of its strengths. The plot is dense with movement as more and more people are introduced, but few of those people are allowed enough time to sink into the reader’s consciousness or to add shades of nuance and understanding to the nature of the underbelly that’s being described. Eventually, even the pace is lost and things trickle down to the T word: terrorism, and the way it is used against Muslims in contemporary India.

The last few pages seem to be suddenly weighed down by rhetoric. The narrator-character sounds not so much as if he was turning inward to reflect as much as he was starting to repeat himself. Finally, the reader is left neither at a delicate moment of suspension nor taken on a stomach-churning hurtle towards an inevitable finish.

The novel sets out to give us refugee-migrant Jamshed Alam’s life, in his own voice. What we hear is the voice of someone intent on cataloguing some of the more troubling facets of life in Kolkata.

Annie Zaidi is a writer based in Mumbai.