WhatsApp and Facebook’s Messenger are undoubtedly the most popular instant messaging apps across smartphone platforms. However, less known messenger apps such as Viber, Line and now Hike, are also looking to offer a variety of add-ons that the likes of Whatsapp and others don’t offer.

Hike has now added a feature called Hike Direct to the app which enables you to send files without an Internet connection. We take a look at how it works, and whether you really need it. 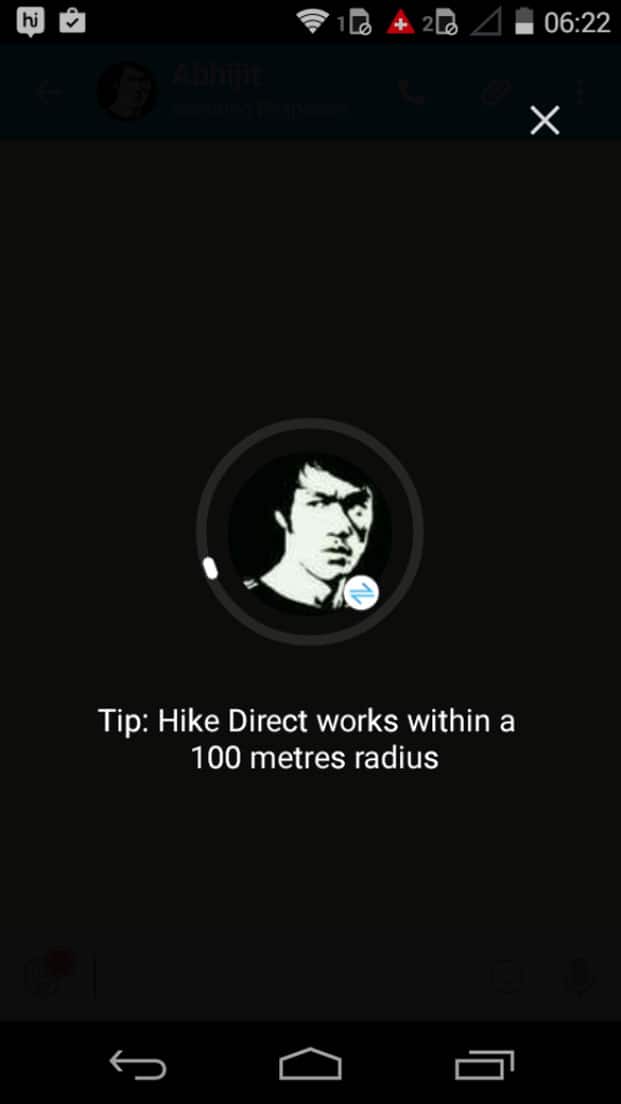 The Hike Direct feature is free to use and doesn’t require a Wi-Fi or 3G Internet connection. Instead it uses a technology known as WiFi Direct, present in most of the smartphones, which creates a wireless network between two and more devices and allows sharing files such as music, apps, videos and more. The device sending the content as well as the one receiving it should be within a radius of 100 metres, however.

It is quite simply bolted on to the existing app interface. You tap on a contact to open a chat window, and head to the three vertical dot icon on the top right of the screen. It will throw up a bunch of options, including Hike Direct. From here, you can start a Direct connection to share media and more, without requiring an active Internet connection. Once the connection is established the colour of the navigation bar will change from white to black. This is an indicator that Direct is active and you can send photos, apps, videos, contact details, or audio files to friends.

We noticed that unless the person you are establishing the Direct connection with is actually within 100 meters of you, Hike itself doesn’t tell you the recipient’s location or proximity to you. While that is good in terms of privacy, it does mean that Direct becomes a bit of a hit-and-trial method. In case the person isn’t in the range, the error simply says “connection not established". 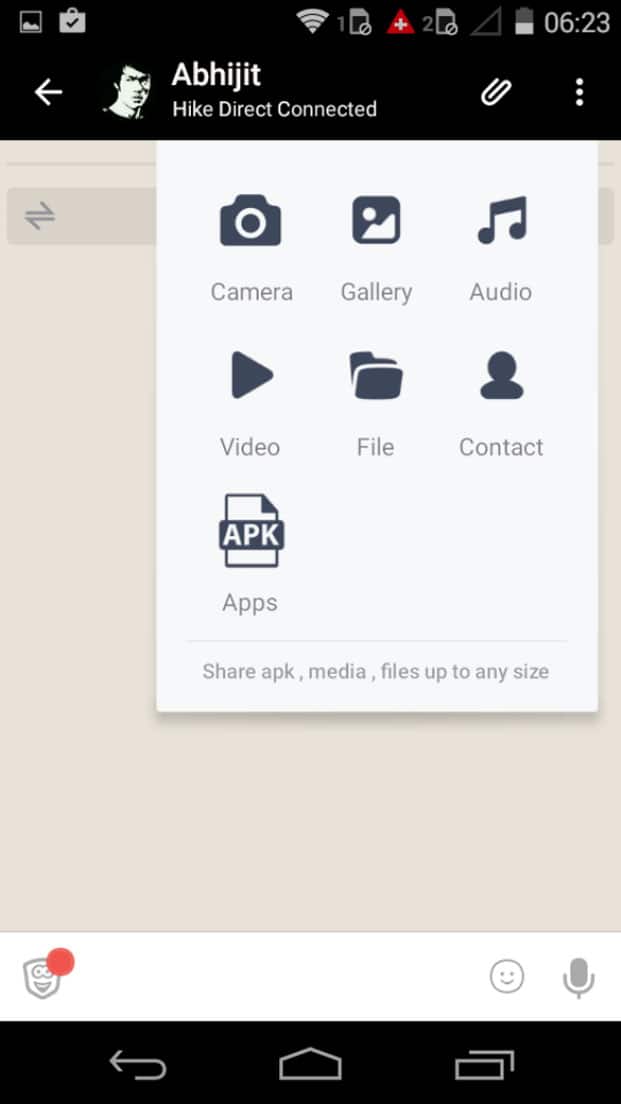 What is unique about it?

With Hike Direct, we noticed that 100MB files can be transfered in around a minute, a 200MB file takes around 2 minutes. Incidentally, this feature is very similar to data sharing apps such as ShareIt, which also uses WiFi Direct to connect two devices wirelessly and send files. 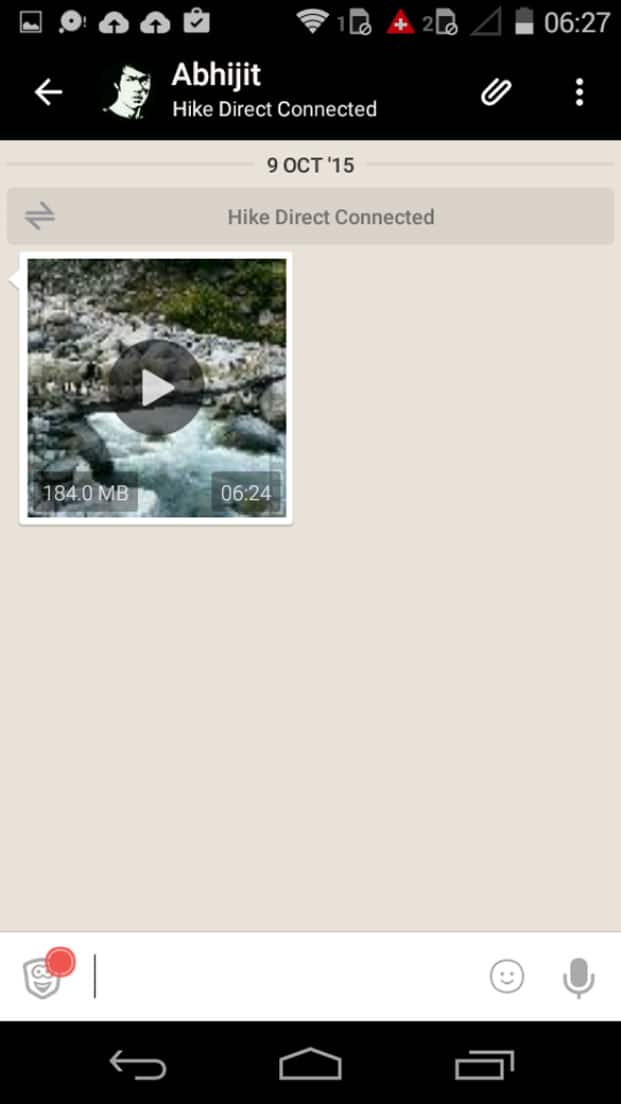 The feature is unique but it works only if the two users are essentially in the same room. To use it they have to add each other in their contact list first. This seems interesting from a security point of view as only your friends can exchange data with you. But to download a new messenger app for just this feature really doesn’t make much sense. But if you are already on Hike, this is a rather useful service to have.

Where to get it?

The updated Hike messenger is now available for download on the Google Playstore. At present, the Hike Direct feature is only available on Android. The company says it will update the Windows Phone and Apple iOS apps next year.