Globalization, thank you for malls, flyovers, McDonald’s and satellite television. But sometimes we get misty-eyed about the imperfect 1970s and 1980s. Here’s a list of what we miss:

They probably didn’t intend it that way, but Doordarshan (DD) might just have saved an entire generation from the surge of obesity, juvenile diabetes and weak eyesight. With one children’s programme on Sundays, Chitrahaar twice a week and the Sunday movie, there was no way a child in the DD era could spend more than a couple of hours a week in front of the TV. 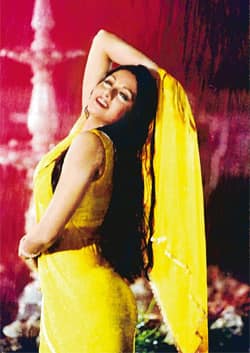 With nationalized banks and other relic-loving institutions having long crossed over to the bright side, the typewriter’s time was up. Yet we got a little nostalgic a few months ago when the last typewriter company, Mumbai-based Godrej and Boyce, closed its factory. The rhythmic click-clack of the typewriter is not coming back.

Gambling Charlie Chaplin in one scene, intrepid Hawa Hawai in another, Sridevi made us empathize with an anthropomorphic snake, a naagin, out to avenge her partner’s death, and she danced “Jumping Jack" Jeetendra out of breath in songs like Nainon mein sapna. What we miss is her comic timing—maybe the stressful post-liberalization, size-zero diet does not allow women actors to be funny any more.

The surfeit of TV channels also ended the dependence on radio. Unlike this year’s cricket World Cup, the 1983 win is an audio memory for most Indians. Most middle-class India didn’t have TV sets. What we had was the radio and its antenna to cling to, for middle-of-the-night, scratchy commentary from the West Indies, for music with Ameen Sayani’s Binaca/Cibaca Geet Mala

The Premier Padmini—or Fiat, as it was called—was the perfect metaphor for the 1980s. The right balancing act on Indian roads between the lumbering-but-imperious Ambassador and the shiny-happy Maruti 800, it personified an age of austerity.

One of the unspoken tenets of the age was that someone with a VCR, a VHS player that could also record, automatically ascended to the higher end of the social spectrum than someone with just a VHS player, or VCP.

This being the age of consumerism, we now believe in buying. India in the 1970s and 1980s was big on borrowing. A bowl of sugar from the neighbour, an hour’s television during a crucial match. These sugar bowls and snatches of TV time also became vehicles of camaraderie between neighbours and almost-strangers.