There are stories that reveal their multiple facets slowly, chapter building upon chapter leading up to a great truth or a startling reveal in the end. Then there are stories that serve up a shattered glass ball right in the beginning, and the narrative must be pieced together from its separate fragments. Anuradha Roy’s Sleeping On Jupiter is a novel that manages to do both.

The first few pages take you to a brutal place where it is established that much violence has already occurred and more may follow. However, despite the grim beginning—the child protagonist loses her father to a violent death, a war is afoot, her brother is lost, her mother escapes with her but disappears soon after—the story is not one burdened with unrelenting despair. Fresh characters are introduced at every turn and, as the novel moves further into the life of the principal protagonist-narrator Nomi, the reader is permitted a sense of relief through segues into other lives and concerns.

In the forward story, Nomi has returned to the seaside town of Jarmuli, ostensibly to work on a documentary film, but she is really looking for her own past. Nomi’s backstory is told in her own voice, but in the present, we see the young woman from multiple perspectives—“mostly from Oslo" though of Indian origin, bearer of multiple piercings and tattoos, beads and colourful braids in her hair, someone who is childlike and businesslike by turns.

The other major characters are Badal, a guide at a major temple in Jarmuli, and Raghu, a helper at a tea stall who is clearly being abused by someone. The tea stall is owned by Johnny Toppo, a mysterious figure with his odd name, his concealed scar, and his sad song. There is Suraj, a frustrated and failed actor who works as a local fixer for film crews, and is assisting Nomi. There are three old women, long-time friends, who are on a pilgrimage-vacation. Gouri is losing her memory to disease. Vidya has not only lost her husband but is also mother to a son who is lost in his own way. Latika is looking for fun rather than a spiritual experience. 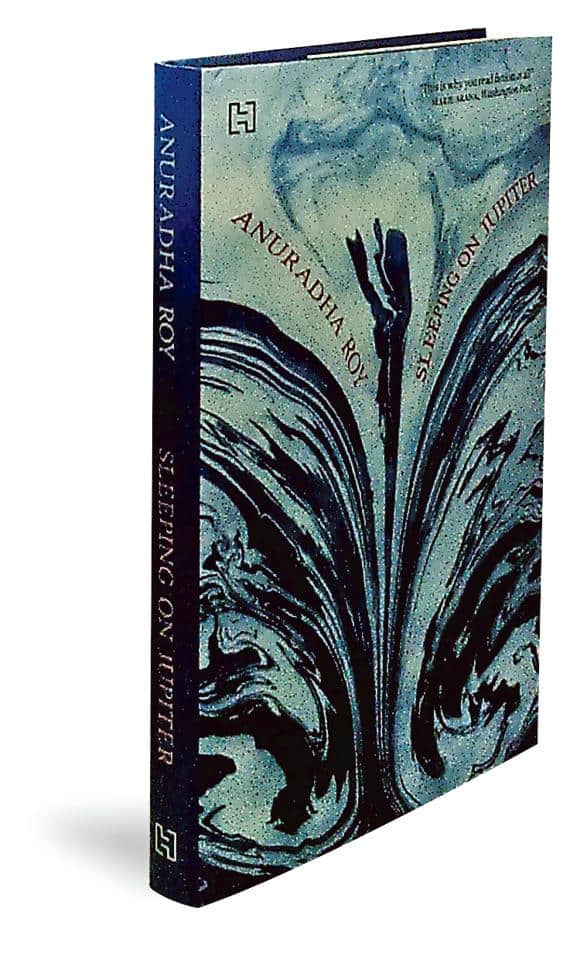 Each character brings her (or his) own baggage to Jarmuli. Suraj’s misdirected anger and his barely controlled violence pose a threat to others as well as himself. Badal is grasping at a love that is not willingly given, trying to snatch it or buy it. The reader slowly discovers the old women and their particular heartaches—insensitive children, failing bodies, dead husbands, past and present longings, memories of being thwarted or humiliated. The novel captures a particular moment in time when the lives of all these characters intersect, and a minor action on the part of one sets off a chain of events that pushes the others into a crisis they may not survive.

There is a lot of switching of voices and perspectives throughout the narrative. Roy skillfully ensures there is no confusion about whose voice she adopts even when, in the middle of a chapter, she switches perspective, or while she’s moving back and forth between different times in the lives of Nomi, Suraj and others. She also presents a subtle critique of religious institutions and the ways in which people seek to control others in the name of culture and religion. It ranges from a temple guide objecting to a woman wearing pants entering the temple, and goes all the way to gurus getting away with the rape and torture of children and young women who have nowhere else to go.

The novel’s major asset is its restraint. Not every character is fleshed out to the degree that the reader may identify with him/her deeply, and yet, each one is sufficiently illustrated to reveal their separate aches, anxieties and vulnerabilities. Its only disappointment is a denouement that appears contrived, as if a set of events had been engineered to push the story towards a dramatic climax. Nevertheless, Roy’s storytelling is practically flawless. The pace is taut and the characters compelling enough to keep the reader engaged until they have turned the very last page.

Annie Zaidi is a writer based in Mumbai.