Tired of the apps you have been using for months on end? Here are some fresh arrivals

The first month of the year was no different when it comes to mobile apps and games. Google’s Android is emerging as a major platform as most apps that were rolled out on the Apple App Store made their way onto the Google Play store almost immediately or in a few days. Windows Phone was once again snubbed by most except for an app that was launched by Microsoft itself. We have shortlisted some of the apps and games you can download right now. Highly addictive and fun to play, Viber Rude Rider has all the elements of a good endless runner. However, there is even more to it. Presented like a comic book, the game is about a guy who wakes up to find he is late for office. In order to make up for the lost time, he starts driving like a maniac and even begins to fire at other cars to make way. The game relies on simple touchscreen controls like tap left to move left and tap right to move right and simply tap to shoot. It looks simple but can be really challenging as traffic isn’t the only issue the rider has to contend with. There are ditches and surprisingly big pieces of rock. The game has been developed by the Israeli messenger service Viber, which has been experimenting a lot these days. This is its fourth game, which shows they are taking the diversification seriously and with this one, the company has truly made a mark on the endless running genre. Travelling is one genre where there is no dearth of apps. Finding a good one can be challenging, though. Guides by Lonely Planet has all the elements of a good travel app. An offline city guide, for instance, can be very useful if you are travelling abroad. The city guides are beautifully arranged like magazine covers in an alphabetical order. You can download them one by one. A city guide includes places to see, where you can dine, lodge, shop and play. If the city is known for art or history, the app throws in additional categories for museums, architecture, history lessons. Once you decide what to see, it will show the phone number, address, the number of the bus or tram that goes there, entry fees and the time. To help you make the most, it also shows all interesting places in the vicinity. However, there is a catch: In case you wish to walk or cycle to the destination, and need the directions, the app will redirect you to Google Maps. The good part is Google Maps now supports offline maps, so you can select the region in which you are travelling and download the map for it before you start. 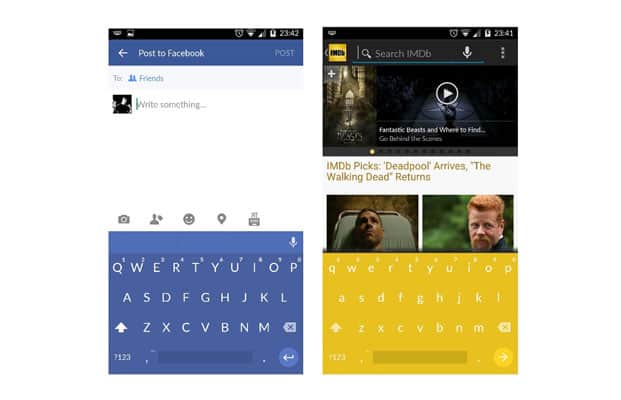 Keyboard apps have caught the fancy of users with their unique themes and features. They allow users to change the look and feel of the keyboard. Chrooma keyboard is a unique keyboard app which picks the most characteristic colour in other apps with which it is being used and applies them to the keyboard. For example, when you are typing on Facebook, the keyboard becomes blue and in Gmail it becomes red automatically. The end result: Every time you open the keyboard to type something in an app, you have a new keyboard. This gives it an edge over any of the existing keyboard apps which offer one colourful theme at a time. Typing on Chrooma Keyboard is good but the swipe feels a bit inconsistent compared to Google keyboard. 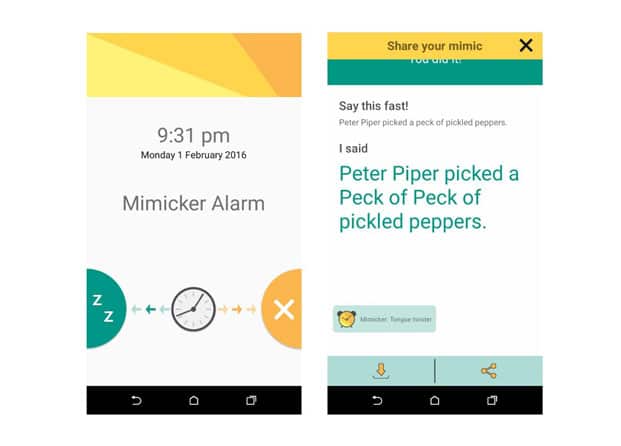 Getting out from bed during winters is not easy. In a half-awake, half-asleep state, we often end up turning off the alarm and sleep some more. Enter Microsoft’s new Mimicker alarm clock which looks like other alarm apps and plays phone ringtones or songs to wake you up. The difference is that it won’t stop until you take up a challenge it throws. It stops for a few seconds and you have read aloud the text on the screen as it is written. Only thing is that it isn’t just any random sentence but a series of brain twisters put together. You have to pull your mind together and concentrate hard to figure out what is written as the words seem a very similar at first. The challenges are random and something new all the time. The thing with these tongue twisters is that they are not easy no matter how many times you have read them. The 2016 edition of popular football management game Top Eleven is more fun than the earlier ones. The game continues to challenge how well you understand the game rather than straying down the path of another disappointing swipe and gesture-based football game. The graphics remain a sore point as all you get is a 2D view of the matches. However, the gameplay is a lot simple to master compared to the likes of PES Manager. The focus is more on how to manage your teams, which player to hire, how to keeping them healthy and most importantly how to do it all within a given budget. The new game offers a larger pool of players, leagues, more items for the team and a new match engine. It is an online multiplayer game which makes seamless internet connectivity a must.