Thanks for Visiting Mint
You seem to have an Ad Blocker on. Please turn it off in order to continue, or whitelist Mint
HOW TO TURN OFF AD BLOCKER
OR
REFRESH IF YOU ALREADY TURNED OFF THE AD BLOCKER
Home >Mint-lounge >Features >Last tee-off

After the Wyndham Championship in August, where he became the first Indian to win a title on the US PGA Tour, Arjun Atwal will be looking for a perfect ending to his season on home ground. But the 37-year-old Orlando-based golfer will have to take on one of the strongest set of players ever to have teed off at the Hero Honda Indian Open, which will be played at the Delhi Golf Club from 2-5 December.

“I won the Indian Open in 1999 at the Royal Calcutta Golf Club," Atwal says. “It was big because that was the first event I won on the Asian Tour. It gave me a lot of confidence, and really started my career, so to win here again would be just perfect." 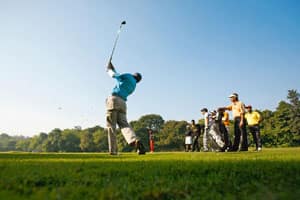 The $1.25 million (Rs5.75 crore) Delhi event is the joint richest on the Asian Tour and will be a homecoming of sorts for another Indian. Shiv Kapur began his career at the Delhi Golf Club, is a regular on the European Tour now, but has never won a professional tournament at the club.

“I have not played 18 holes at this course in a year and a half," Kapur says. “I haven’t been practicing much. It’s always easier to play at home but the field is so good; Arjun (Atwal) and Jyoti (Randhawa) have probably played on this course more than I have."

The man who probably poses the greatest threat for both Atwal and Kapur is the multiple European Tour title winner McGinley, who will be playing for the first time at the Indian Open.

“The field is strong now in every tournament no matter what tour you play. The standard of golf around the world is getting higher, which is great for the game," McGinley says.

“The course is in great shape this time of the year," Atwal adds. “I’ve never seen the greens so good. But if it gets windy, this golf course gets really tricky because of the tree line. You have to hit it straight on this course, otherwise it will start challenging you."

For Kapur, it all comes down to the final day, a tricky mix of par 4s and par 5s that can decide the championship.

“I like the closing stretch," he says. “When you get to the 14th tee on Sunday, that’s where the tournament really starts. You have to get your game together and a lot can swing one way or the other."

A high-profile playing field always runs the risk of big names pulling out, and at the Indian Open, that name is Jeev Milkha Singh. With three European Tour and six Asian Tour titles under his belt, Singh is among India’s best in the game, but a recurring shoulder and back injury forced him to drop out.

“It’s disappointing, but the pain is unbelievable," Singh says. “I’ve been told to correct my posture, and I’m working on that. People have also advised me to cut back on tournaments but that’s not an option."

Singh, who topped the Asian Order of Merit in 2008 and became the highest ranked Indian ever the same year, has been struggling with injuries since and has dropped out of the top 100 in the world rankings this year.

The Indian Open is usually held in September or October, but had to be pushed to the end of the golfing season because of the Commonwealth Games in the Capital. “It is off season for me," Atwal admits, “and two weeks ago, when I took a break and went home to Kolkata, I was dead tired. But the break has refreshed me and I feel good now."

At 19, Rashid Khan is already too strong for the amateur circuit, and will make his debut in the big league

Dressed in a grey and white striped polo shirt, grey pullover, and skinny black pants, Rashid Khan shuffles his feet to get into position at the tee-off point of the Delhi Golf Club. He looks up once at the fairway, focuses on the ball, swings his club in a smooth arc, shifts his weight gracefully from the right foot to his left, and connects with a sharp crack. The power of the drive is almost incongruous with the wiry 5ft 5 inch, 19-year-old wielding the club, but Khan is no ordinary teenager.

Small is big: Rashid Khan, 19, will make his pro debut at the Indian Open. Javed Shah

“For a small guy, he’s got a big game—he hits the ball a long way and he’s got a fantastic short game as well," says Kapur, who has been watching Khan’s progress closely.

The Delhi boy has come a long way since he first picked up a golf club.

“Like most people my age, I loved cricket, and spent all my time playing with friends," Rashid says. His uncle Maqbool Khan, who played golf professionally, one day took him to the Delhi Golf Club to give him a feel of the game. “This was in 2000, and I was nine years old. I remember picking up a club and just hitting a ball," Rashid Khan recalls. “My uncle said I had a good natural swing, and should start playing."

Maqbool Khan enrolled him in the club’s junior training programme, and at the end of the two-month camp, Khan was hooked. “I loved that golf is an individual game," he says. “I did well at the camp and had so much fun. Suddenly, cricket was not that interesting anymore."

By the time he was 15, Khan would regularly leave for school in the morning—with his golf clothes stashed inside his bag— but would head straight to the golf course, where he would borrow his uncle’s equipment to train. It took six months for his parents to find out, but by that time, he had effectively dropped out of school. “My parents were not happy, but they didn’t scold me," Khan says. “They knew I hated studying. They were just relieved that I had so much love and focus for something."

In 2007, he won the first of his back-to-back Faldo Series Asia titles—one of the most high-profile amateur tournaments conducted by six-time major winner Nick Faldo. “On the final day of the tournament," Khan recalls, “I was leading by one shot by the 14th hole. The 15th hole was a par 4, with a big water hazard in front of the green. I took a risk and hit a 50-60 foot putt which went in. I didn’t know Faldo was standing near the green, and he asked me ‘what did you make?’ I said ‘an eagle’. He couldn’t believe it. He started laughing and clapping."

But moving to the professional circuit is a whole new ball game, and Khan is under no illusions. “It’s like starting all over again," he says. “So right now if there are 108 players at the Indian Open, I know I’m the 108th, and I need to start from the beginning."